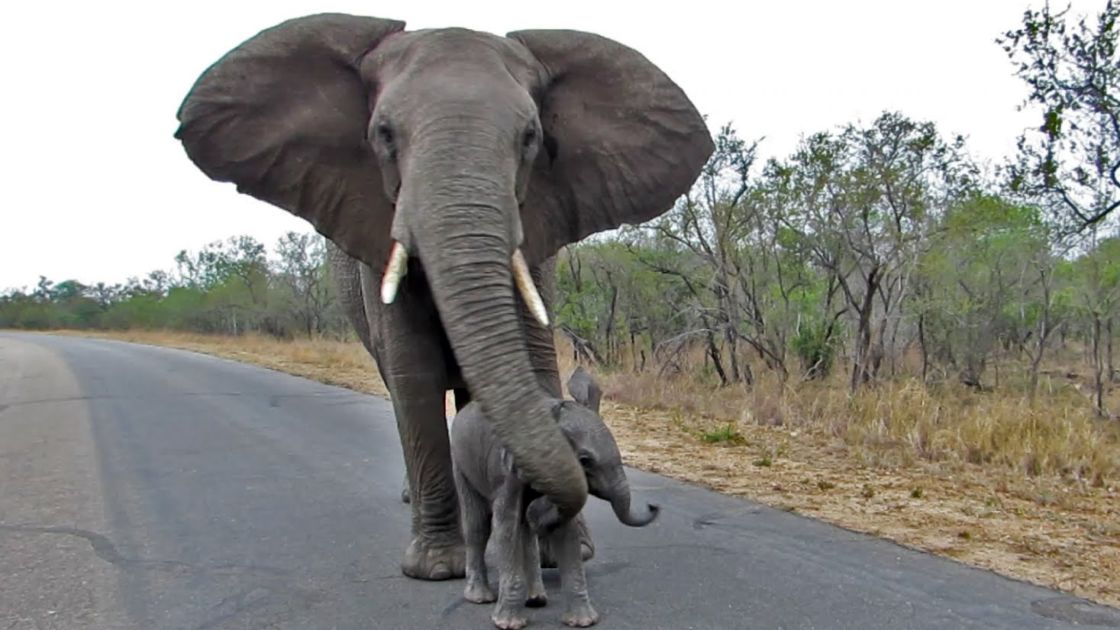 It was just another beautiful day in the open wilds of South Africa, and a tour group was doing what every tour group does when they visit. They kept their video cameras ready and rolling, ever on the lookout for signs of wildlife. 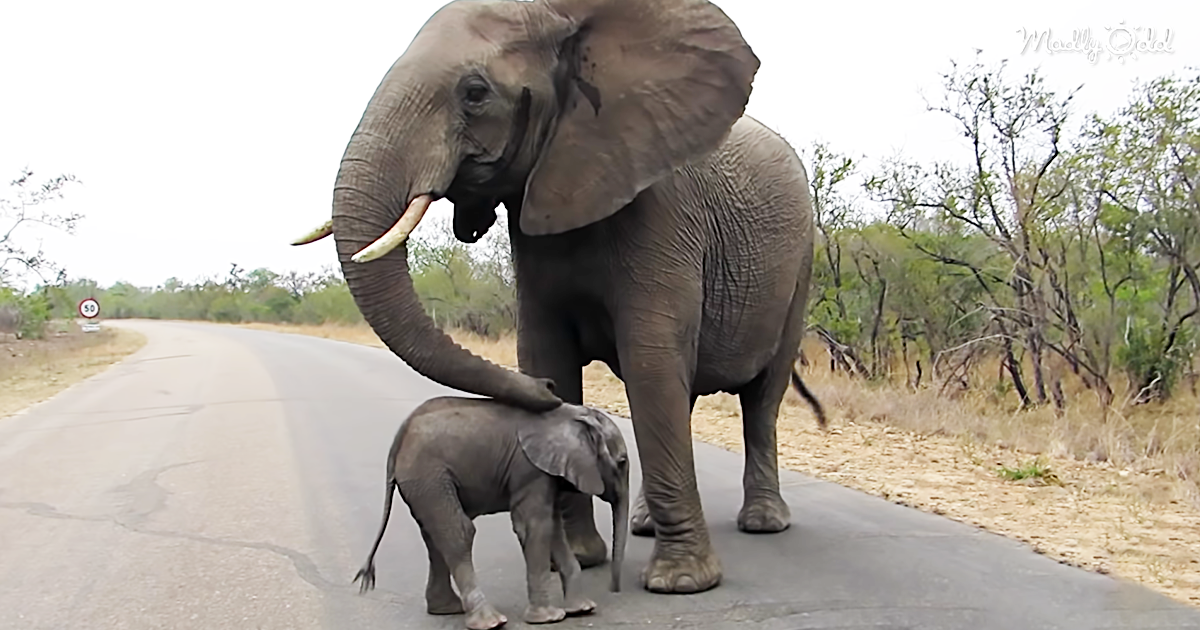 Just when they were admiring the beautiful landscape, they came across a HUGE mama elephant and her newborn calf. The little elephant seemed minuscule in comparison to his mum, and the tour group waited in awe as the pair ambled across the road.

As they were slowly walking across, the baby elephant’s tiny feet pitter-pattering after his mum, he suddenly veered, taking an interest in the humans who were patiently waiting and recording them. He probably had never seen humans or the funny things they were holding in their hands or even a car! He obviously thought he needed a closer look at these fascinating things!

The mama elephant was keeping a watchful eye on her baby, and as he changed direction to come closer to the tour group, she took action. Now, any mother doesn’t want her young offspring to approach strangers, and this mum was no different. Like any good mother, she wanted her baby to be safe.

I’m sure she knew that humans wouldn’t harm her baby, but it’s better to be safe than sorry! She quickly grabbed her calf and brought him under the protection of her powerfully massive body, using her size as a shield of sorts. You know by looking at her size, she’s not someone you want to be messing with. When it comes to her child, she means business!

They quickly disappeared into the bush. This video is an amazing testament of a mother’s love for her child and the watchful gaze any mother keeps on her baby.