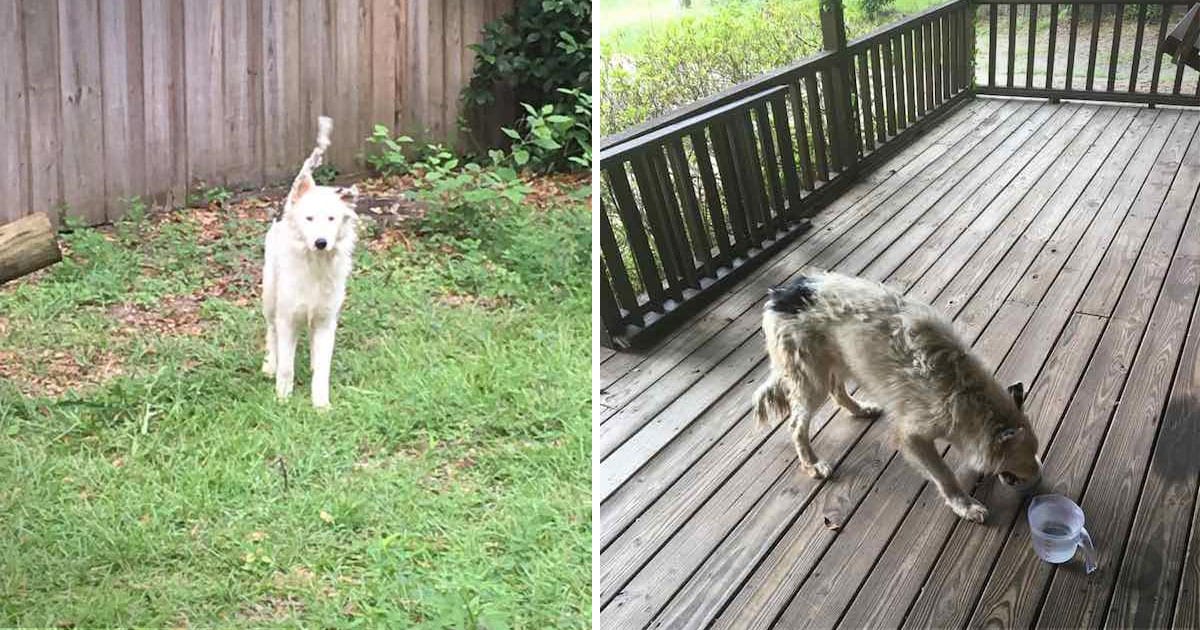 When hurricane Irma was heading toward Florida in 2017, people were busy with frantic last-minute preparation, even if they weren’t expecting a direct hit. Amid the scramble, one woman looked out the window and saw a skinny, mangy dog with white fur across the street. What happened next has warmed hearts all over the internet.

She called the dog over and the pooch eagerly ran to her, although being a smart dog, looked both ways before crossing the street! She gave the dog some water and food, which the hungry dog gobbled right down. The dog quickly understood that the woman wanted to help her, even putting her paw on her arm to ask for some petting. Still, the dog was skittish: “She let me pet her a bit but looked pretty nervous at any loud noises or if I moved too fast.”

The dog had obviously been living a hard life. Aside from the mangy fur, she seemed to have suffered some injuries, and also had black gunk on her haunches, probably tar of some sort. It took four long hours of scrubbing to get the poor dog cleaned up. After that, a trip to the vet: it turned out the dog was basically healthy and about a year old. 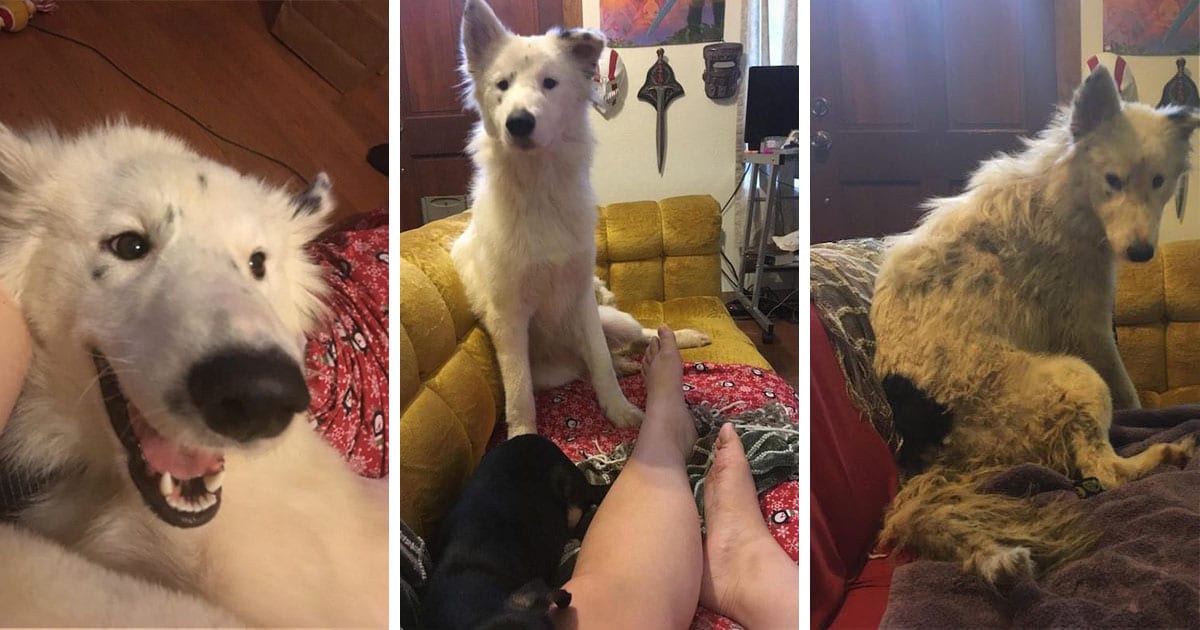 The woman made some efforts to find the dog’s owner: a bit of detective work revealed that the dog had bounced from owner to owner and that the most recent had simply abandoned her. Enough of that! She decided to adopt the dog, naming her Amy. “First run through the backyard. She was so excited she took off and circled our shed before running back to me like she wanted to make sure I was still there. She even brought me sticks she found and wanted to take back inside.”

Amy has since put on weight and her coat now looks great. More importantly, she’s now a happy dog with a forever home. Let’s hear what you have to say in the comments at Facebook. Don’t forget to like and share!