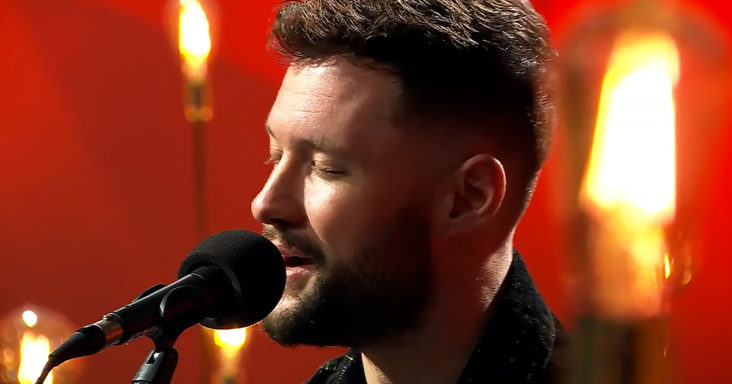 Calum Scott went from obscurity as a human resources employee to international fame when he appeared on ‘Britain’s Got Talent.’ Since then, he has climbed the Billboard charts and garnered a loyal fan base. 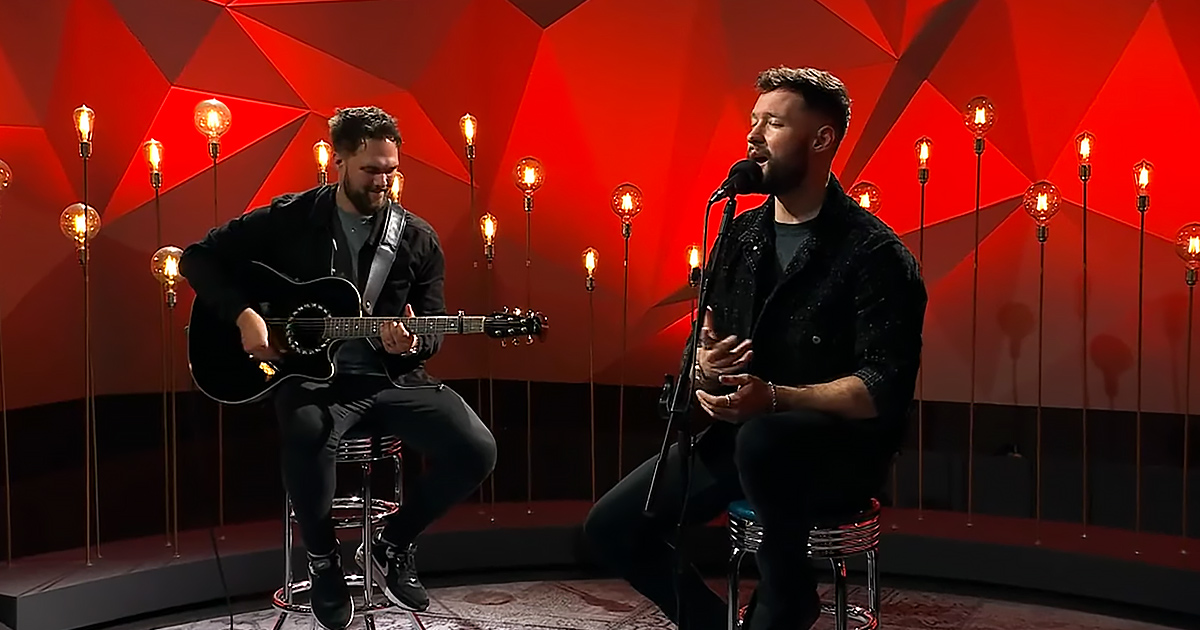 He is known for his emotional lyrics and transparent storytelling through song. His music videos are like cinematic experiences that move the viewer to tears. Fans have regularly taken to Twitter and other social media platforms to proclaim their love and support for Calum.

This time, we see Calum with all the set pieces stripped away. It is just him and an acoustic guitar player performing ‘Where Are You Now,’ which was written in collaboration with Belgian DJ ‘Lost Frequencies.’ 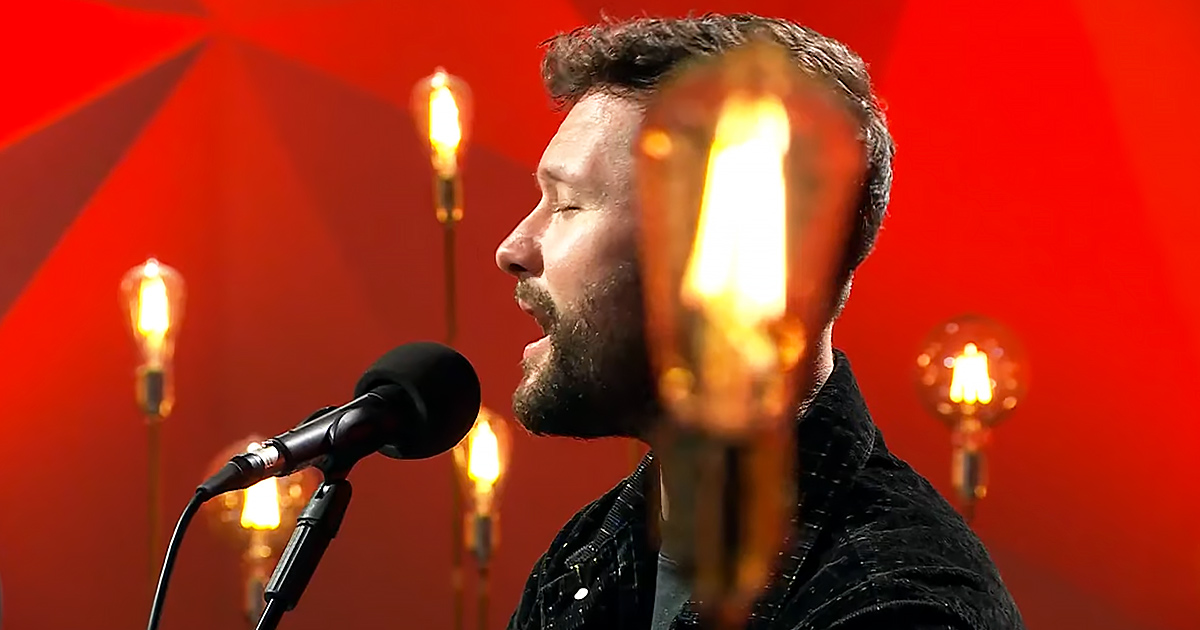 The stage is surrounded by a three-dimensional, deep red background and l.e.d. light bulbs on stands. Calum and his guitar accompanist sit on stools adding to the intimate vibe of this performance.

Calum delivers the last line, ‘You’re just like my favorite song,’ and gives his guitar player a fist pound with a smile. The performance is a pure display of vocal talent as Calum sings with no effects or backing band. 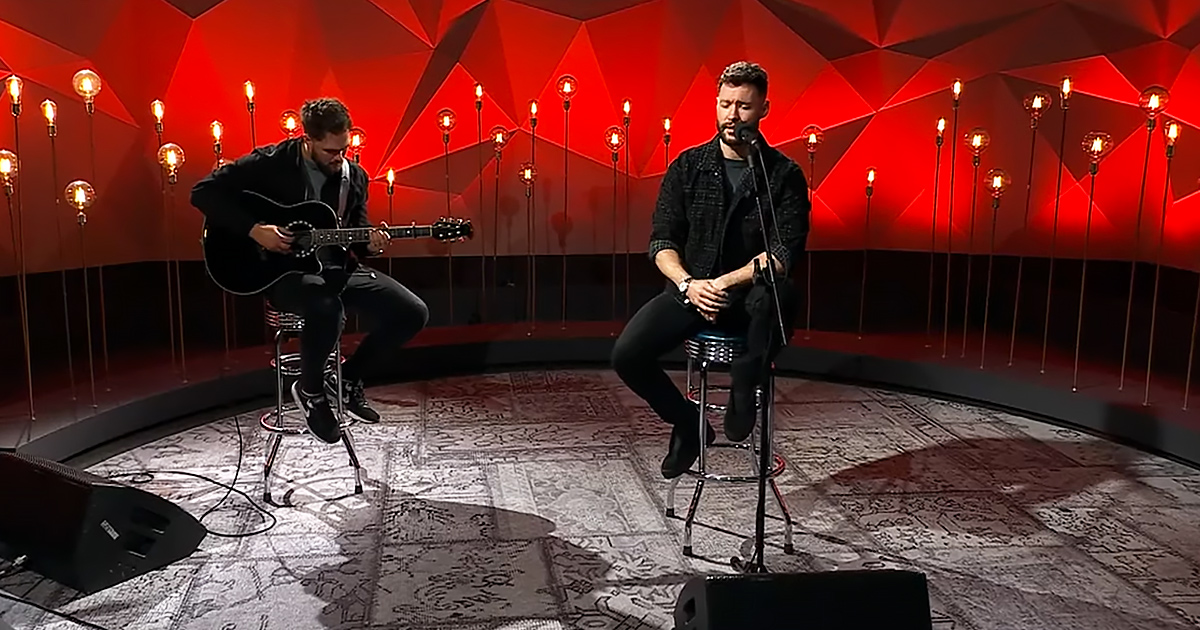 Calum’s musical journey began when he placed 6th on ‘Britain’s Got Talent,’ but earned the respect and admiration of Simon Cowell and the viewers. After releasing a few successful singles, he recorded his first hit album titled ‘Only Human.’

It is refreshing to hear a solo voice with such presence and beauty without heavy instrumentation behind it. Calum’s incredible voice and powerful story combine to make him one of the biggest stars in music today!