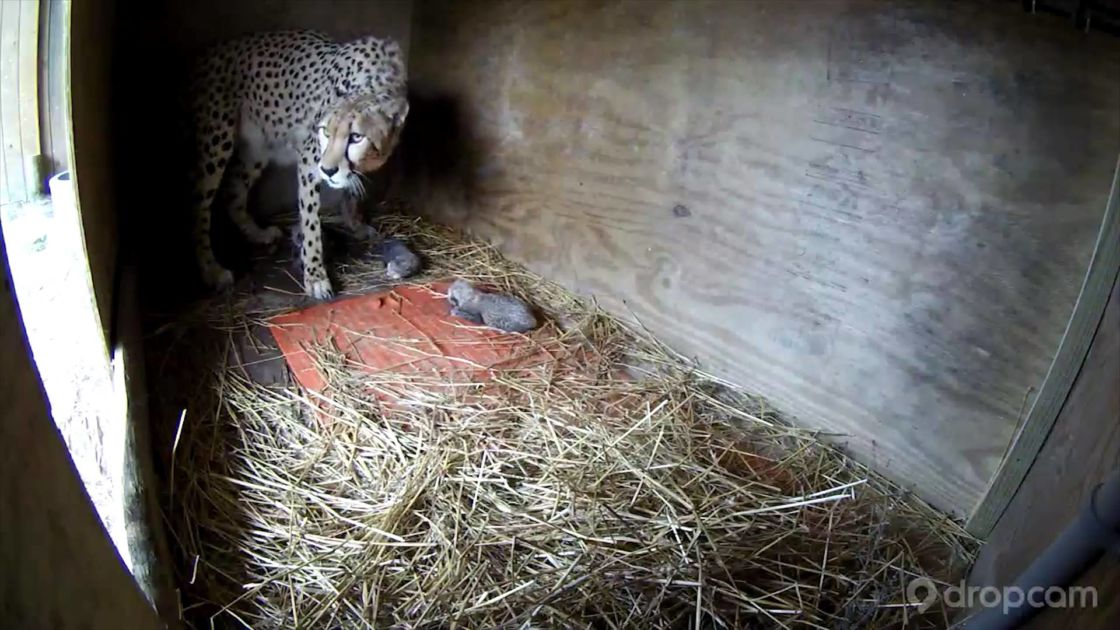 Big cats are probably some of the most stunning animals on earth, with their graceful movements and muscular bodies. In this clip, the viewers get treated to a beautiful cheetah birth.

Milani is a three-year-old cheetah who lives in the Metro Richmond Zoo. She gave birth for the first time in September of 2014. She delivered five adorable cubs in a span of more than six hours. Milani was in labor for a long time, but her little cubs are totally worth it. This is one of the cutest things you will see today. The zookeepers fixed up a camera in her pen and managed to film the entire thing for the spectators. 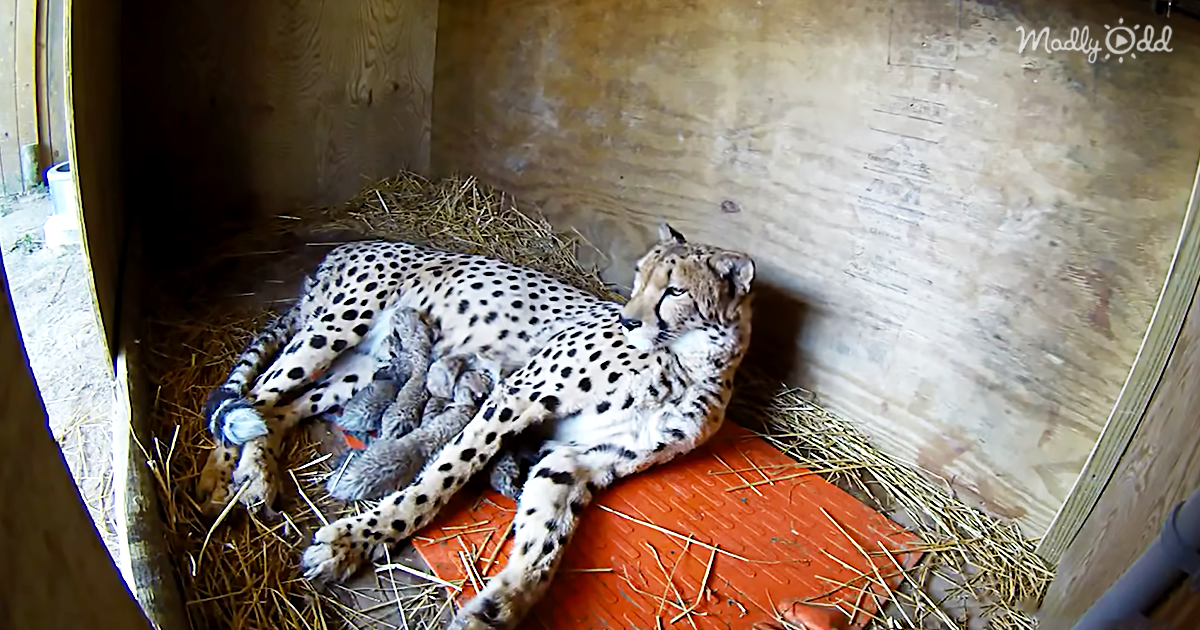 Zookeepers fixed up a place for her to give birth, and when she started showing signs of going into labor, she went right in and laid down. She even looked directly at the camera, like she knew what it was for. Milani was carrying five cubs, but they must have been tiny because she almost didn’t look pregnant.

After each one was born, she cleaned them and made sure they were breathing and was careful not to sit on them while giving birth to the others. She is definitely going to be a good mom. All the little ones were delivered safely, and they are healthy as well.