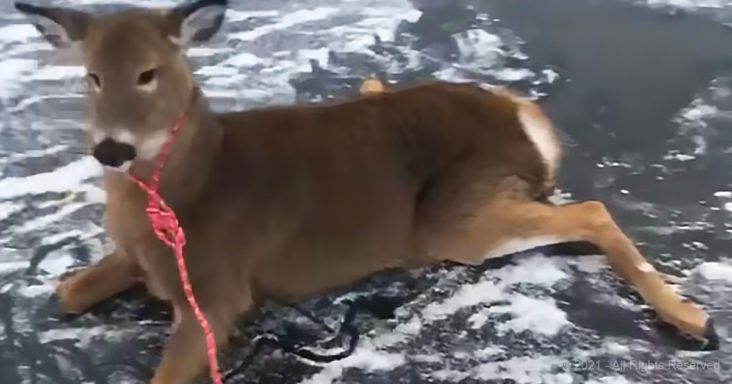 RP is a Canadian man who called authorities after finding a mom deer and her two babies stranded on a frozen lake during his lunch break.

After finding out the ice was too thin for a rescue vehicle to drive on, RP knew he had to take his own action. So, he ran to his car for ice skates and slipped them on before quickly approaching the mom deer.

He slipped a rope gently around her neck, making sure it wouldn’t hurt her. Attaching the rope to himself, he then pulled her behind him as he skated towards the safety of land, leaving her on the ice just inches away from the bank.

The baby deer were more apprehensive than the mother. One of them attempted to stand up and flee, but the ice was too slippery for the young, shaky deer. “Hey, hey, hey,” RP said to the deer, trying to calm it. “There you go.”

He looped the rope around both animals this time, keeping them a few feet apart. One in front of the other, he dragged them towards the mom. They were calm and unbothered the entire way.

After unhooking the babies, he guides each of them onto the bank of snow with a large stick. They quickly run into the close forest. The doe stuck around a little longer, with a small injury, but RP made sure she made it off the ice and onto the bank. 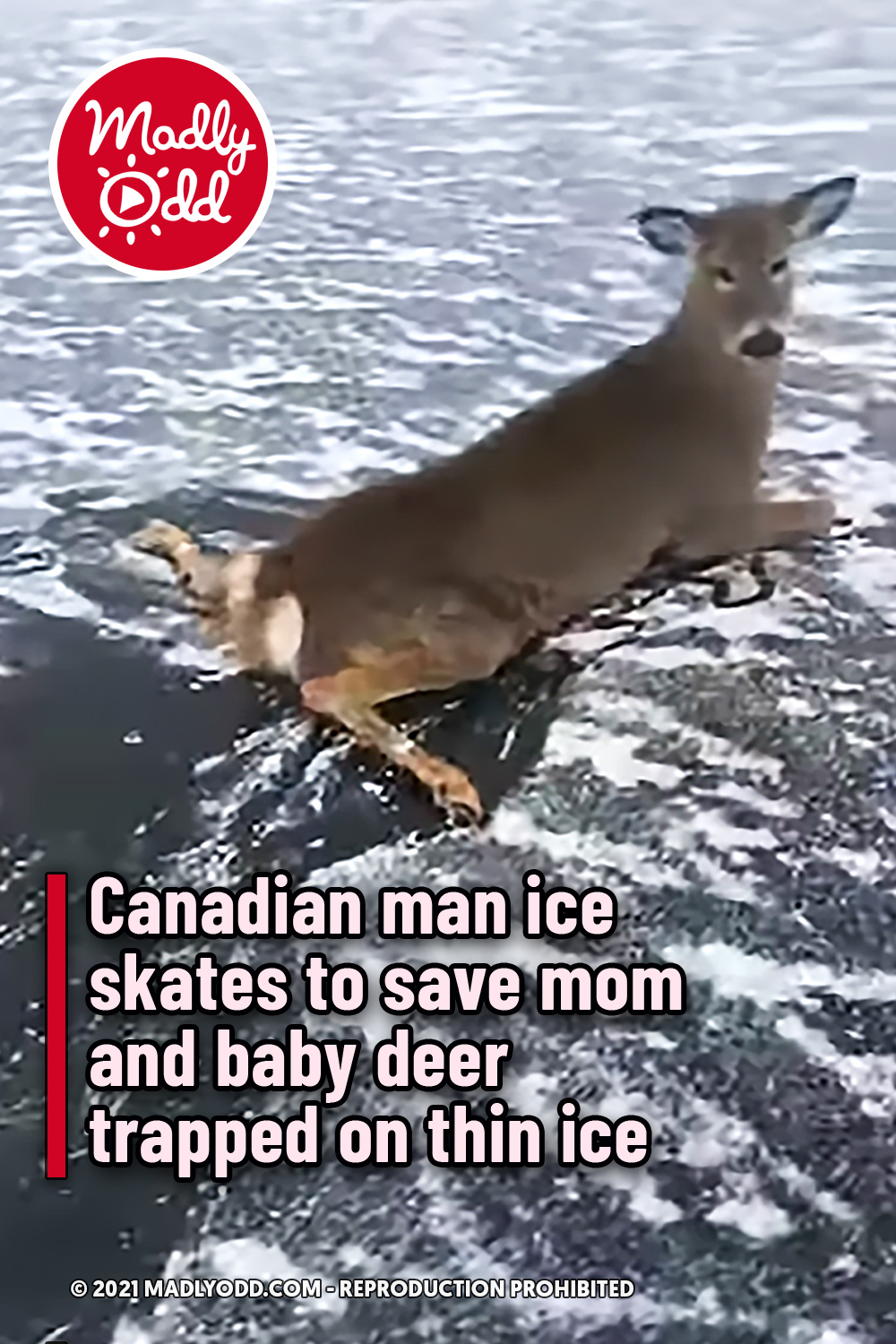