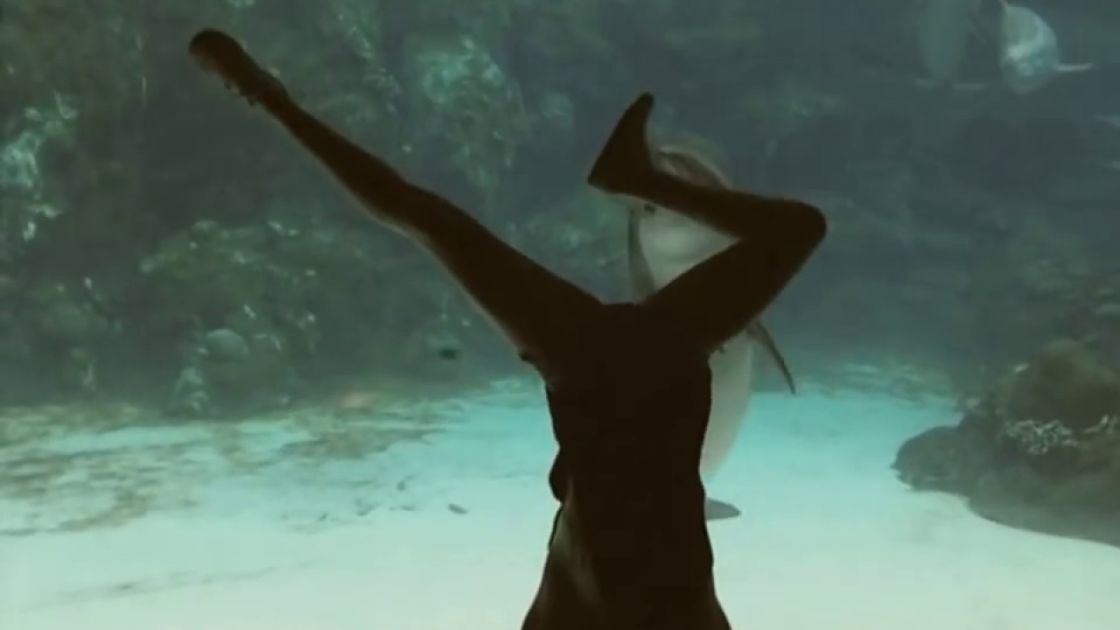 This girl, Bonnie Anna “MissChief” from FunDipped Productions, was having a fun time watching some beautiful underwater creatures. She starts doing some random tumbling in front of the aquarium, and that’s when a pair of dolphins approaches her. One of them passes by without much care, but the other is so enthralled that it actually stops and interacts with her for a while.

The moment shared between these two is absolutely precious. She is lucky, indeed. She starts doing some more tricks and ends up making the beautiful guy actually laugh. The kind of concentration he bestows upon her is really adorable. 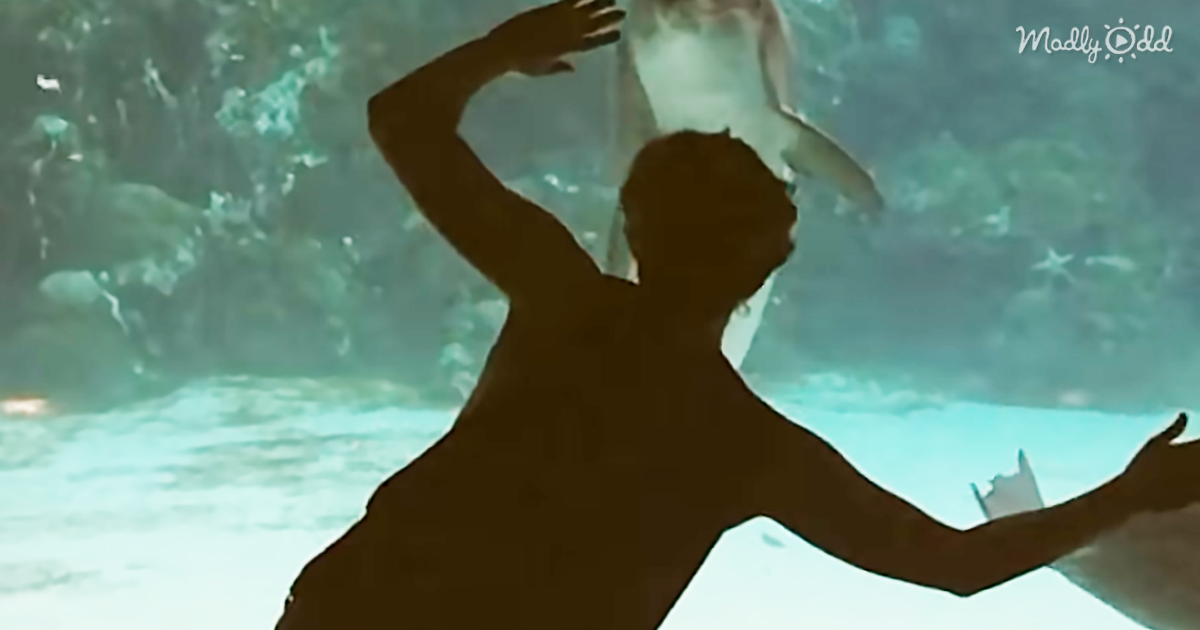 Dolphins are well known for their spontaneous interactions with humans and have even been used in therapy treatments with children with autism. She continues to perform by doing cartwheels and handstands and dancing a bit, and the dolphin seems like he is actually laughing at her. In fact, he looks like he’s encouraging her and telling her to do more.

It’s amazing to me that dolphins can understand humans so well and that they are social enough to interact with them. The other dolphins don’t seem too interested, although some of them stop by for a moment. This clip is going to warm your heart. I am sure Bonnie was not expecting to gain such an ardent fan that day, but she definitely made a friend in this dolphin. 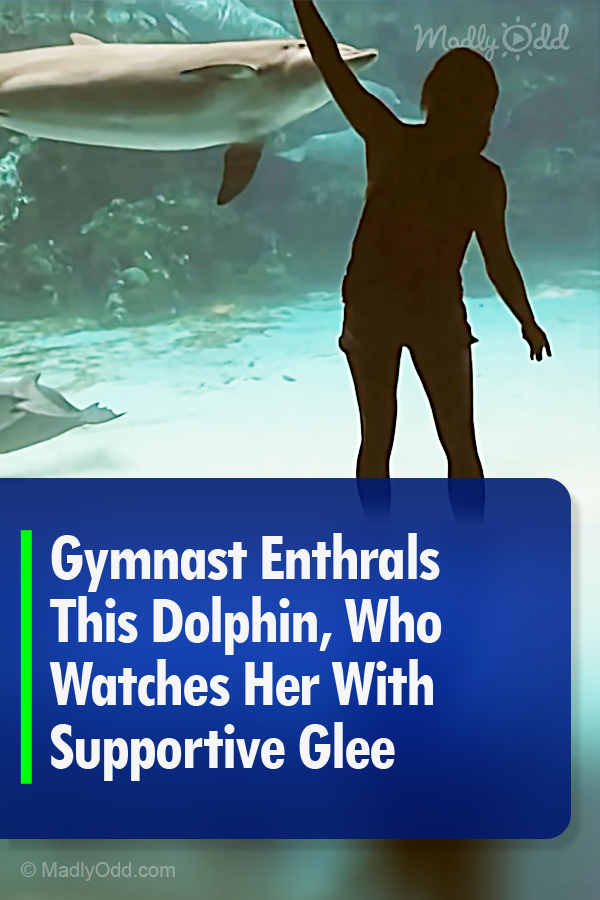