Johnny Carson had some fantastic recurring characters that he played on ‘The Tonight Show.’ Perhaps none more famous than ‘Carnac the Magnificent.’ The character was a ‘Mystic from the East’ who could psychically receive unknown answers to unseen questions. 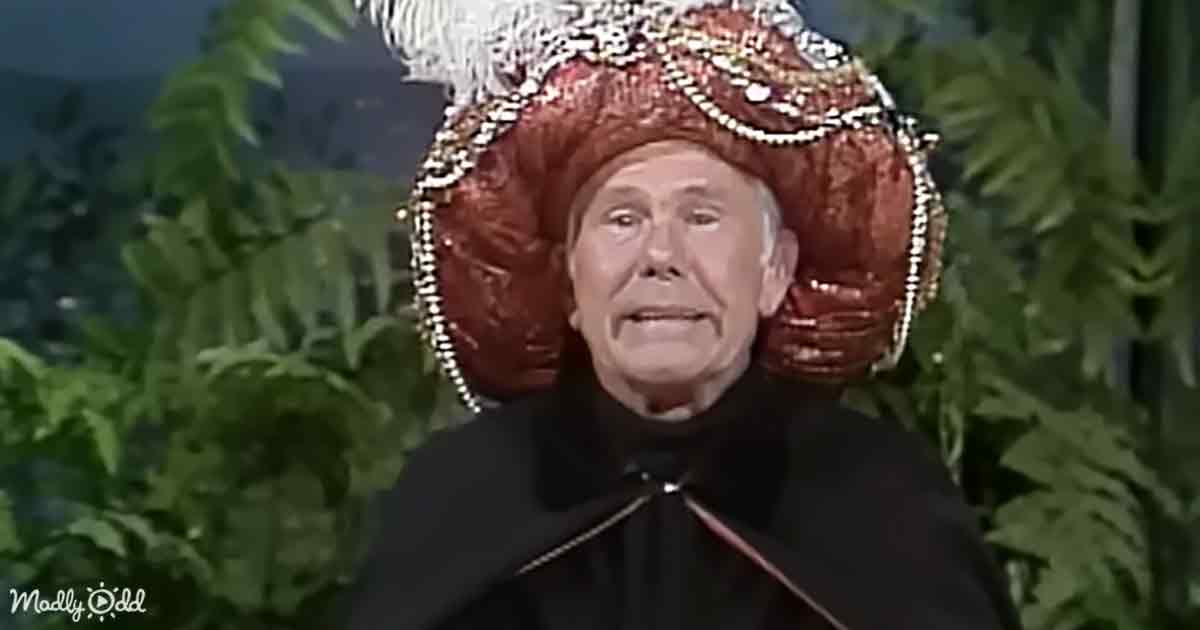 The character first appeared in 1964, and ever since then, everyone has loved the routine. In this 1986 broadcast, Ed McMahon introduces Carnac, who comes out on stage and trips on the first step.

Ed makes a few jokes during the introduction, but the real trouble happens when Johnny realizes that his answer sheet isn’t on his desk. He quickly whispers to Ed, and they take a commercial break while the two men crack up at the situation. 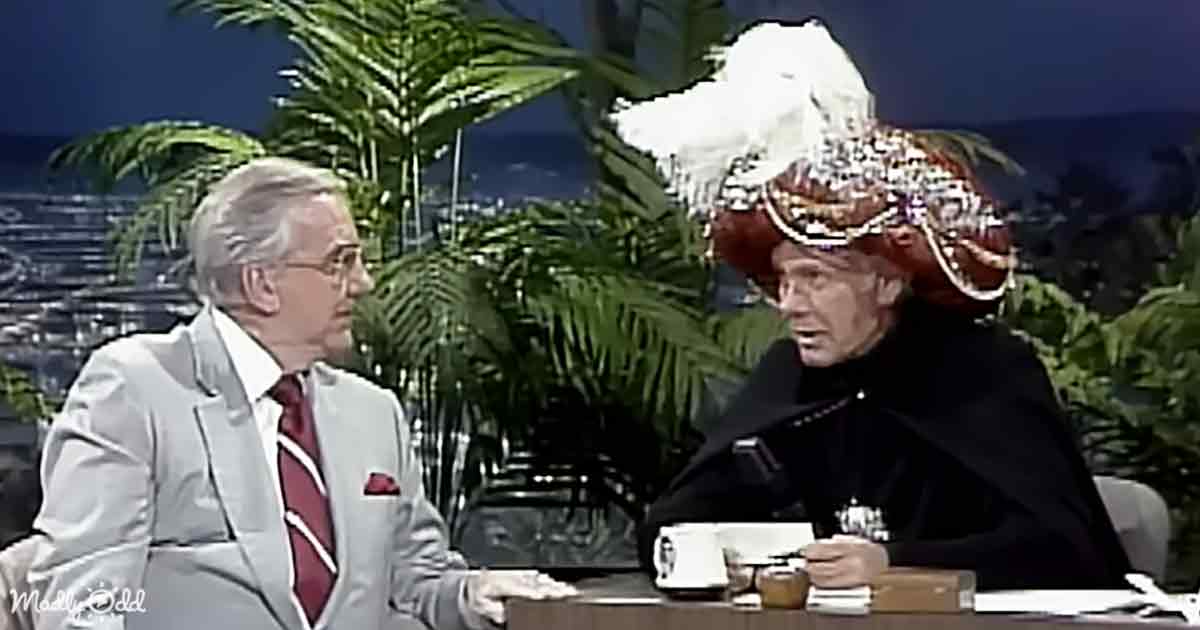 Ed McMahon laughs heartily, and Carnac continues “Superbowl” and reveals the question, “What do you call a toilet in see-through walls?” Next, Carnac says “Yoko Ono” and follows with “How would you order one egg in Japan?” 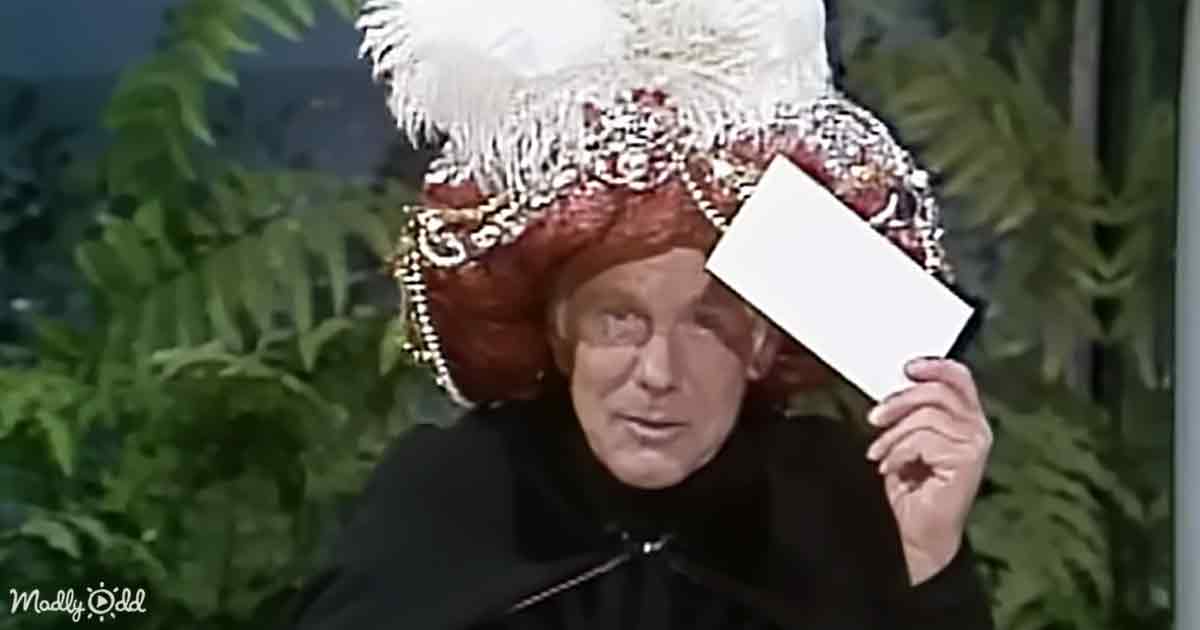 Carnac has the audience laughing and predicts “Whoopi Goldberg” and reveals the question, “What do you call a novelty cushion in Israel?” Then, Carnac continues, saying, “Abcdefghijkl.” He reveals the envelope, saying, “Describe the sound made by someone choking on alphabet soup.”

Johnny and Ed had a great time together every time Carnac appeared on ‘The Tonight Show.’ The funny antics of the pretend psychic from the East is one of the best late-night characters in TV history.