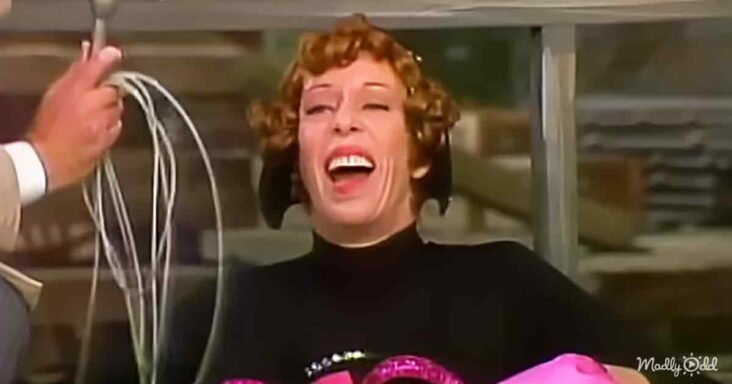 Part of the charm with The Carol Burnett Show was what wasn’t planned. Skits often had problems, or the actors could hardly hold back their laughter. 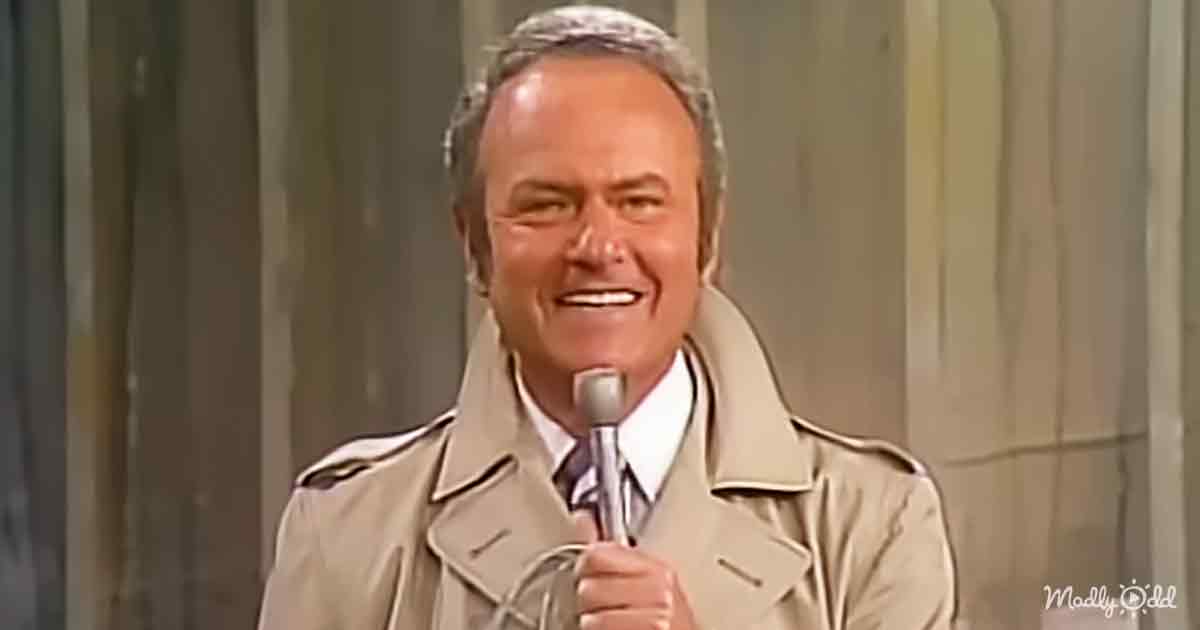 Carol herself introduces this sketch from season 7, episode 21. As she describes it, her character was supposed to fall on a crate that would brake open. The skit didn’t quite work as she struggled to break the box.

The skit opens with Harvey Korman playing a reporter at a pier. He announces that Houdini’s daughter has a new act. She will be attempting an escape act as she is trapped in a trunk and will be dumped into the water.

Carol Burnett enters as Houdini’s daughter. She is dressed in a flashy outfit and makes a scene for the cameras. Houdini announces nothing can hold her as she howls to a crowd.

The reporter invites Houdini over to him for an interview. He asks if she’s confident in her ability. An overly zealous Houdini says nothing can hold her.

While Houdini says nothing can trap such an escape artist, she struggles to zip down her jacket. The reporter offers to help, but Houdini refuses it.

The reporter then brings up how Houdini never had any sons. Houdini stresses that all her dad’s secrets were left with her. While talking, she’s still struggling to take off her jacket. 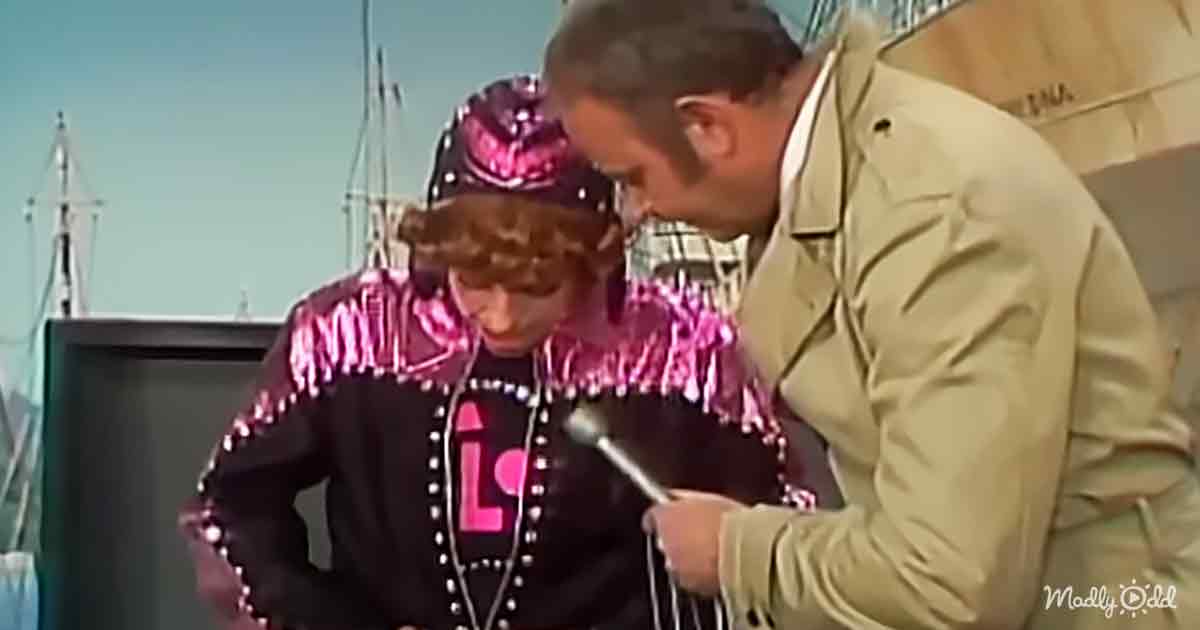 An agitated Houdini rips off her jacket. The reporter tried to bring up her act in 1968. ‘Why do you gotta bring that up,’ says a bitter Houdini.

The reporter tells her about her 1968 stunt involving a straight jacket and an airplane. He cites how she ended up unconscious. She says it was the pilot’s fault for flying too low and making her hit her head on a mountain slope.

Houdini then unties her shoelaces for maximum freedom for her escape. The reporter asks about this and tells him she doesn’t want any more stupid questions.

While the reporter struggles for more questions, Houdini looks at her shoes, puzzled. ‘Uh oh,’ she says with concern, ‘I made a knot.’

As the reporter asks about another stunt, Houdini tries to get the shoelaces off with her mouth. Enraged, Houdini keeps one shoe on her foot.

While the reporter questions her abilities, Houdini continues to stress she can do anything. She then sits down on a crate to get off her other shoe.

Here is the crucial moment Carol brought up earlier. Houdini sits on a crate that is supposed to break from her gravity. But as she sits, the box holds her weight.

‘Something happening here,’ asks Korman. ‘Not really,’ says Burnett with a genuine smile. They bring up how something is cracking.

Carol, holding back laughter, says they might have to do this again. The crate finally breaks, and there’s some relief between the two actors. Korman says he’s not sure if he should be pleased with this. 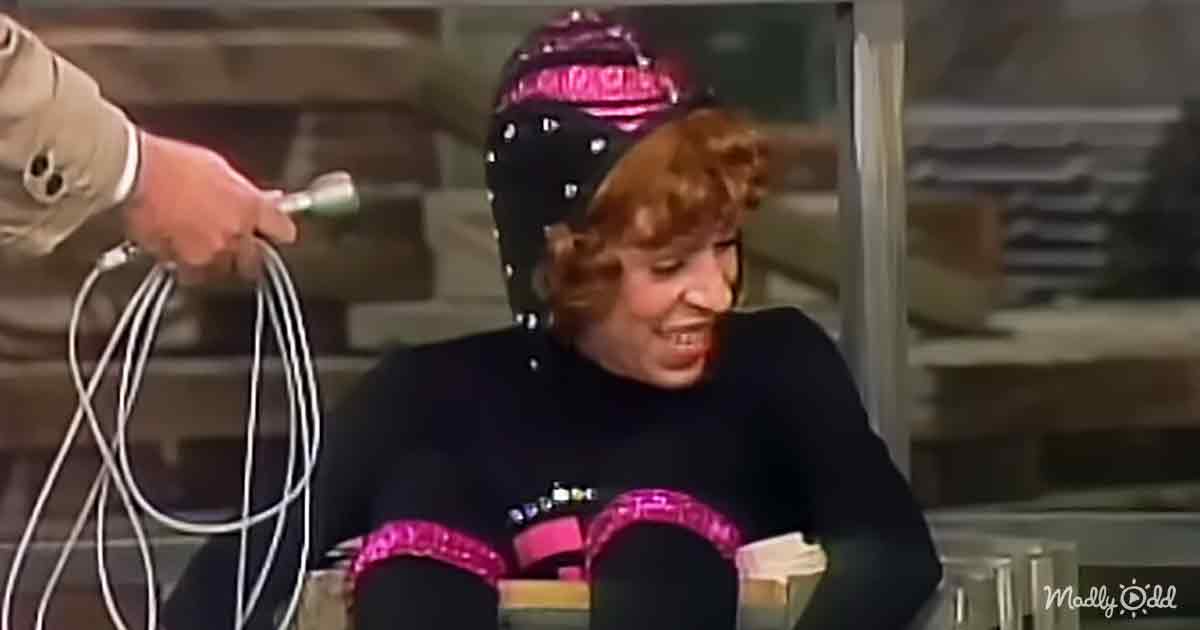 Carol tries to continue with the scene but can’t hold back her laughs. The audience laughs right along with her flubbed stunt and lines.

Carol then loses her composure. She’s hysterically laughing as she struggles to get out her lines. She then stands up with the crate still on her butt.

Houdini then attempts to get in the trunk with her coat on her leg and a crate on her butt. The reporter helps her a bit. After getting the coat and box off, she announces, ‘Ta-da!’

The audience cheers and laughs. The reporter then struggles to get his microphone cord fixed. He is then able to open the trunk with one good kick. 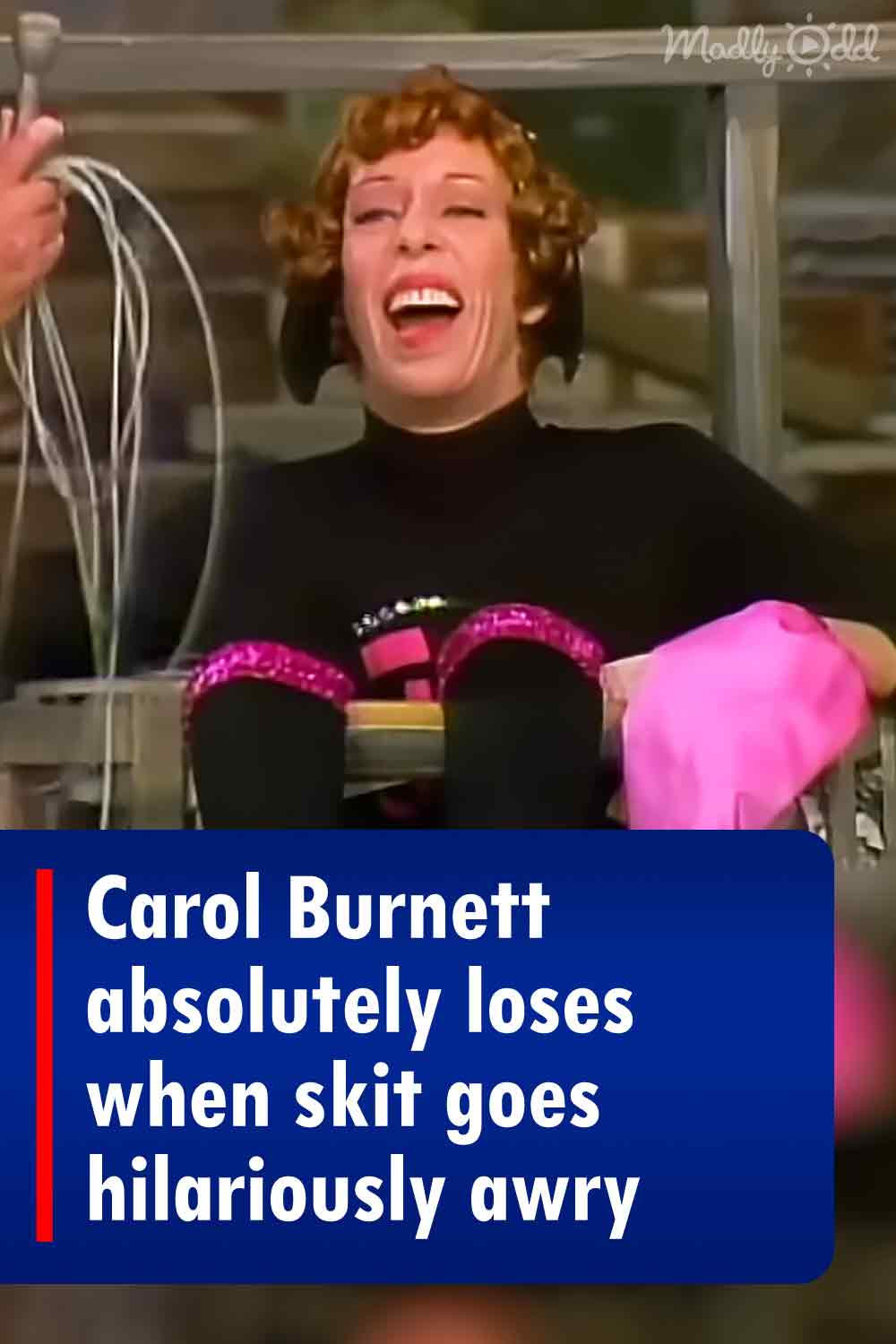