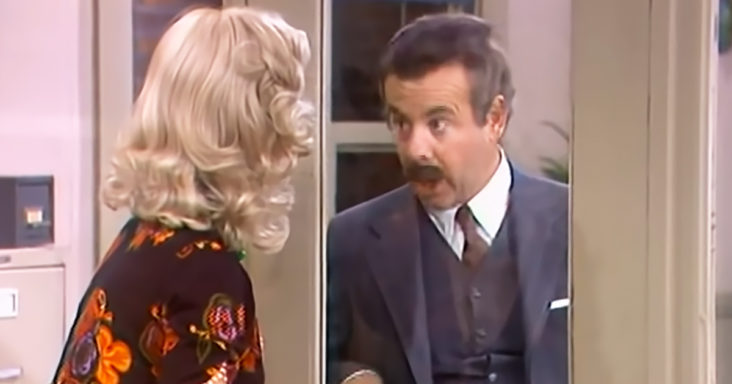 Mrs. Wiggins and Mr. Tudball were two of the funniest recurring characters on The Carol Burnett Show. Their mismatched personalities guaranteed lots of laughs, such as in this skit entitled ‘Buzz Off.’

The Carol Burnett Show hosted the parody series during its ninth season in 1975-76 and continued to air new episodes for the remainder of its 11-season run until its final season in 1977-78.

This video shows that Mr. Tudball (Tim Conway) has installed a new security system for his office. Mrs. Wiggins (Carol Burnett) has a hard time understanding how it works. Mrs. Wiggins walks into her office and, after a few seconds, Mr. Tudball tries to get her attention over the phone. At first, he couldn’t hear it, but after the third, he felt it. 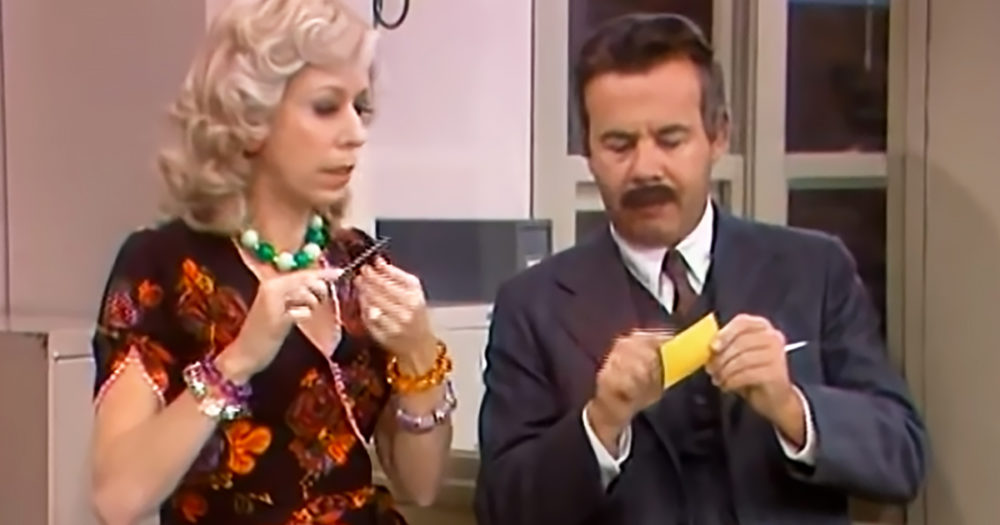 The conversation that follows is hilarious, with Mr. Tudball telling her to go to his office; he drops the phone and decides to wait for Mrs. Wiggins. She left immediately, and there was hers in front of the door.

She tried to open it and literally started to freak out. Mr. Tudball had to meet with her to explain that the door wasn’t stuck, but rather it was locked. He then proceeds to open the door before trying to explain how the door works.

He instructed her to make use of the buzzer to get it open. He asked her to come in, and she came in. Mr. Tudball gave her further instructions on not letting anyone without the badge into his office. It backfired on him, and he had to send her to get him coffee before illegally entering his office through a window.

When Mrs. Wiggins returned, she couldn’t find him. Well, she just wrote a note and left the office, trapping him on the ledge outside. This sketch is full of hilarious gags that are guaranteed to make you laugh.