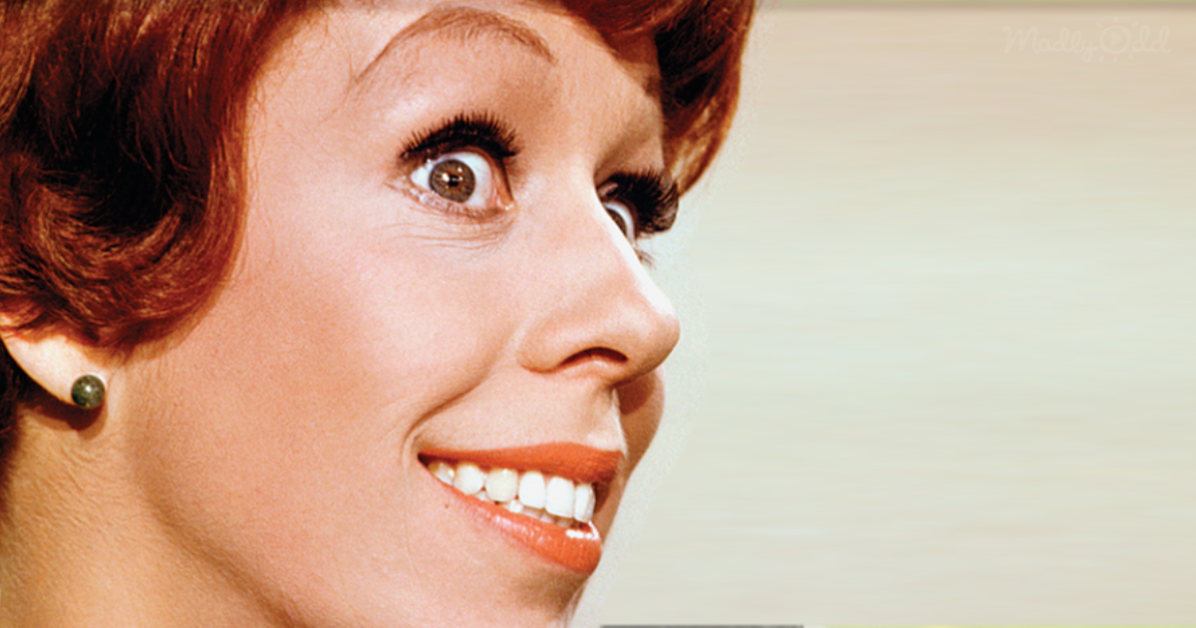 “Happy Birthday, Carol!” The legendary funny woman is celebrating her birthday this month.

She was born in San Antonio, Texas as “Carol Creighton Burnett on April 26, 1933.  The little girl who spent hours in movie theatres during the Great Depression developed a love for motion pictures and a desire to act which set her on a path to becoming TV’s favorite funny lady, eventually staring in her own long-running eponymous television variety show.

To celebrate Carol’s birthday with every bit of joy and fanfare she deserves, here are her own personal “top picks” from the show. Out of the 279 episodes that were aired on CBS from  September 11, 1967, to March 29, 1978, these are some of the ones she has mentioned over the years in various interviews as being her favorites.

Featured here are select clips with Carol and her troupe of regulars – Harvey Korman, Tim Conway, Vicki Lawrence, and Lyle Waggoner. Several of the sketches Carol selected include footage from the first five years of the series, which have never been re-aired. Each one of these is a rare, stratified gem that no matter how many times you watch it, you laugh out loud every single time.

Comedian Tim Conway was one of the best there was at adding witty ad-libs to his parts.  How he was able to keep a straight face for so long and just wait as his cast mates and live audience roar in laughter is a true talent.  In this sketch, Tim tells a long, pointless story about some elephants.  Sadly, a few of the elephants couldn’t trumpet with their trunks like the others.  The story is anything but sad, though.

Tim Conway and Harvey Korman play the parts of Nazi officers who are interrogating an American prisoner of war, played by Lyle Waggoner.  Harvey plays Tim’s commander who has called in Tim, the interrogator, to take over.  The Nazi commander tells the POW that he’s calling in “the most feared interrogator in the German army.”  Tim enters and proceeds to use his best methods to get the POW to talk – one method involves a puppet.  This sketch is definitely a “must-see.”

Ever get stuck in the slowest line at the airport? Here, Harvey Korman is a filmmaker trying to quickly get his boarding pass.  Tim Conway plays the part of the security officer for Speedo Airlines.  Nothing Harvey does or says can get Tim moving any quicker.  Some people just move at their own pace, and there’s nothing you can do about it.  We all have been in this line at one point in our lives!

The Butler and the Maid

Carol and Tim Conway play a maid and Butler who are serving dinner to a wealthy husband and wife. The couple get in a fight after the wife accuses the husband of cheating on her.   During dinner Carol and Tim serve dinner in a very special way.  Wouldn’t it be nice to have someone do everything for you – even fight with your significant other?  After their argument, the husband and wife make up and agree that they just needed the fight to “clear the air.”

Carol plays Mrs. Wiggins, who is a secretary for her boss Mr. Tudball, played by the always-hilarious Tim Conway.  Mr. Tudball calls his secretary to his office with his intercom.  Unfortunately, Mrs. Wiggins can’t answer the intercom because she’s busy painting her nails and doesn’t want to smudge the wet polish.  So, Mr. Tudball goes out to see her and asks her to come into his office.  Somehow, it’s safe to say Mrs. Wiggins may not have a very long career as a secretary!

With so many laughable moments throughout the show’s 11-year history, it’s hard to s single out the best skits from The Carol Burnett Show, but one sketch, in particular, comes to mind over and over again: “The Dentist.” Conway and Korman blend to create an incredibly hilarious moment in TV history, and the best is it’s as every bit as funny now as it was five decades ago.

The quintessential comedy twosome of Harvey Korman and Tim Conway ride again, tickling our ribs along the way. Bank Robber Harvey Korman must contend with the oldest (and slowest) sheriff in the west before he can leave town. This hilarious skit from ‘The Carol Burnett Show’ has all our favorites: Tim Conway, Harvey Korman, and Vicki Lawrence.

Korman’s impatient businessman needs to get back to work, but first, he must deal with Conway’s shuffling, dawdling, ever-forgetful shopkeeper whom he hopes can fix a family heirloom. Just one piece of advice: Do not watch this and drink liquids at the same time. Conway’s Oldest Man is a legendary comic character for a good reason.

Happy Birthday, Carol. Thank you for the memories! 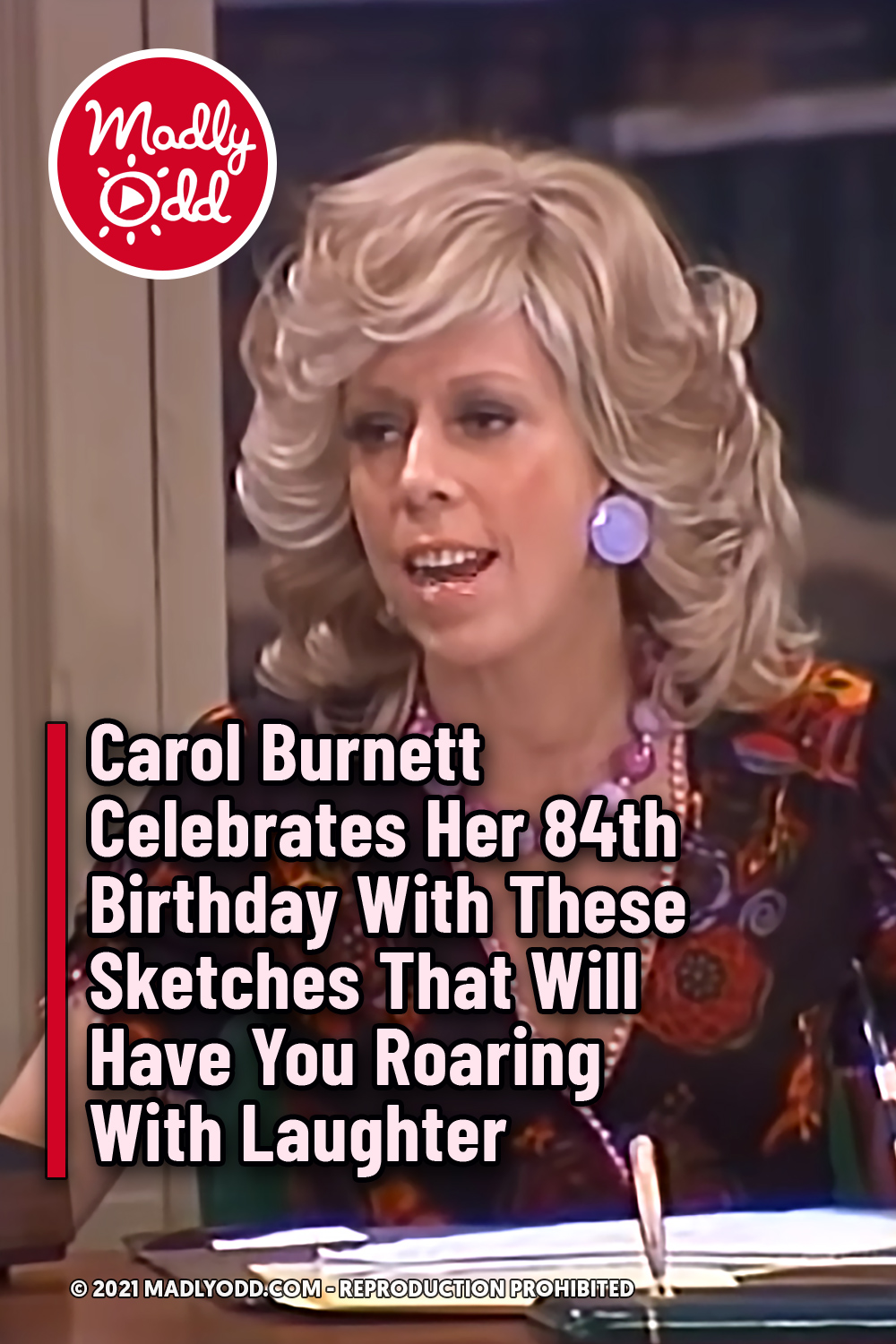