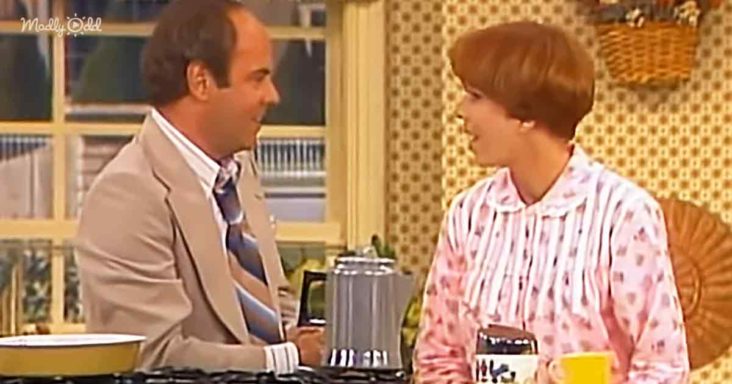 Being a new mom can be difficult, especially if your baby doesn’t sleep through the night. The Carol Burnett Show highlights the hilarious antics of an oblivious husband and his sleep-deprived wife. 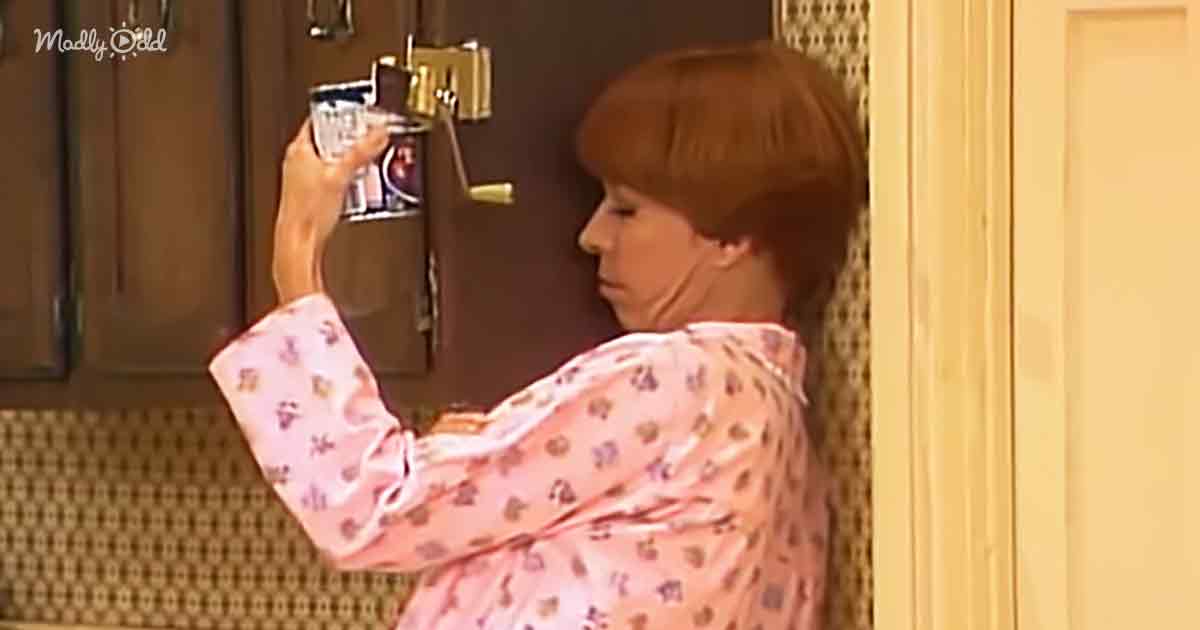 Tim Conway and Carol Burnett play the new parents. Burnett comes into the kitchen and begs Conway to be quiet so that he doesn’t wake the baby, who was crying all night.

Conway sets out to make his own breakfast which proves a noisy affair. The water bubbler loudly gurgles, and he knocks everything off the pantry shelves trying to find the coffee. 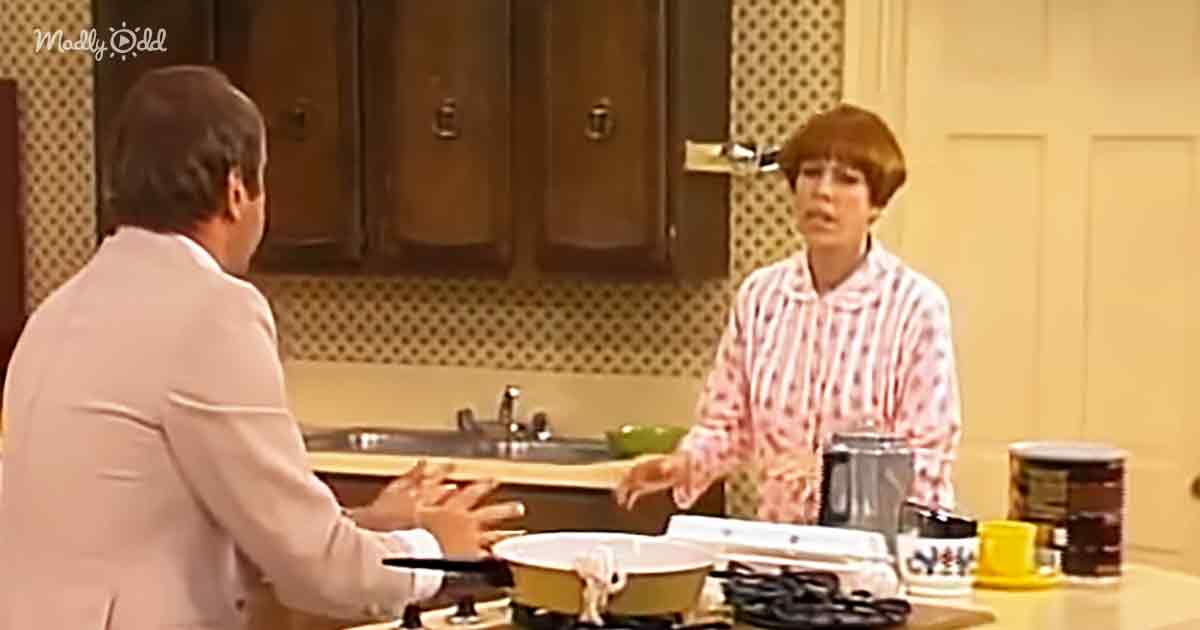 An irritated Burnett finds the coffee with ease and falls asleep opening a can of pears at his request. Conway assumes the can opener is at fault. Poor Burnett receives the brunt of her husband’s blunders.

Observing how difficult it is for Conway to crack an egg, Burnett offers to make him breakfast to get him out of the house. He thanks her and hands her the piping hot skillet. 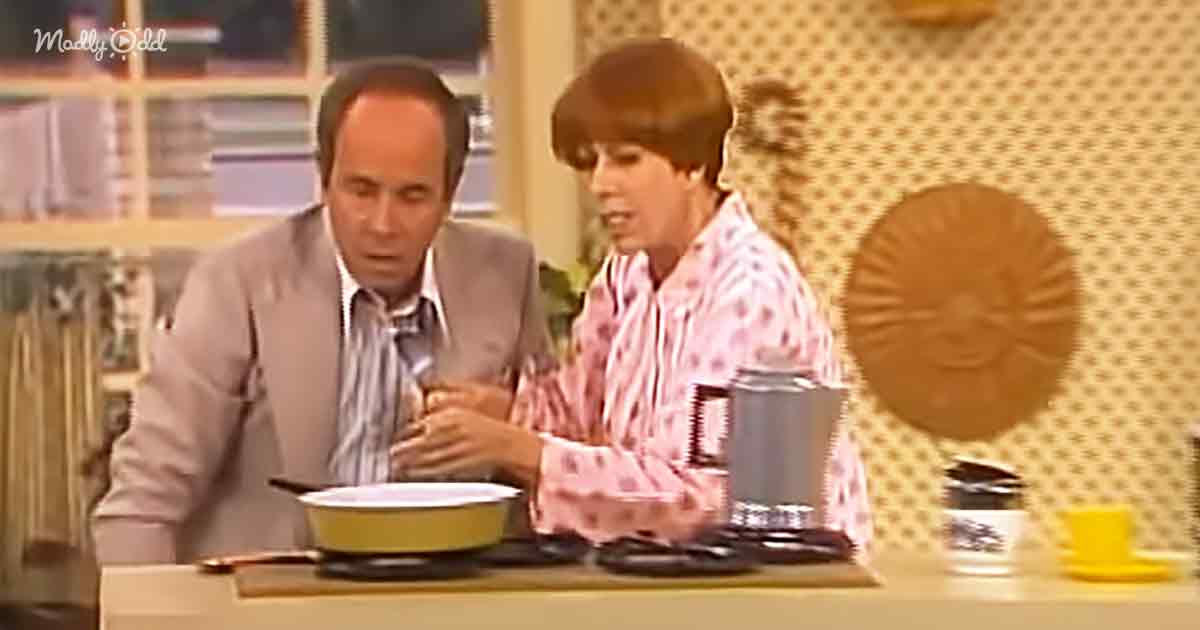 The kitchen literally falls to shambles around the couple. Conway figures it’s better to just go to work. He quietly exits the house, leaving Burnett alone in the kitchen as the baby starts to cry.

Carol Burnett knows how to bring laughter to frustrating real-world situations. For anyone who knows the difficulties of parenthood, you will laugh yourself silly at Burnett and Conway’s hysterical interpretation.