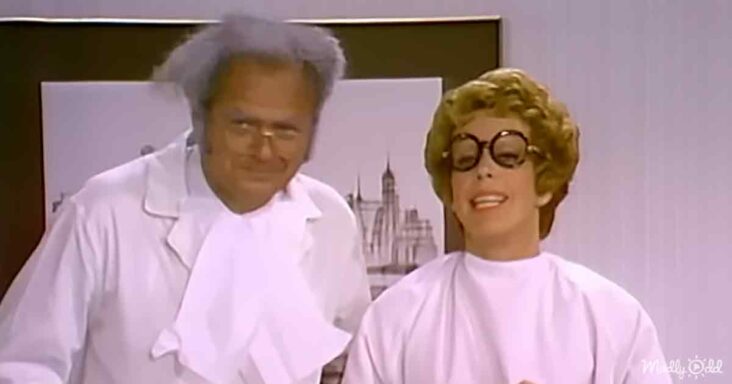 The Carol Burnett Show always had the best parodies of the era. Hospital dramas were no exception. The melodrama of doctors and nurses was perfect for comedy. 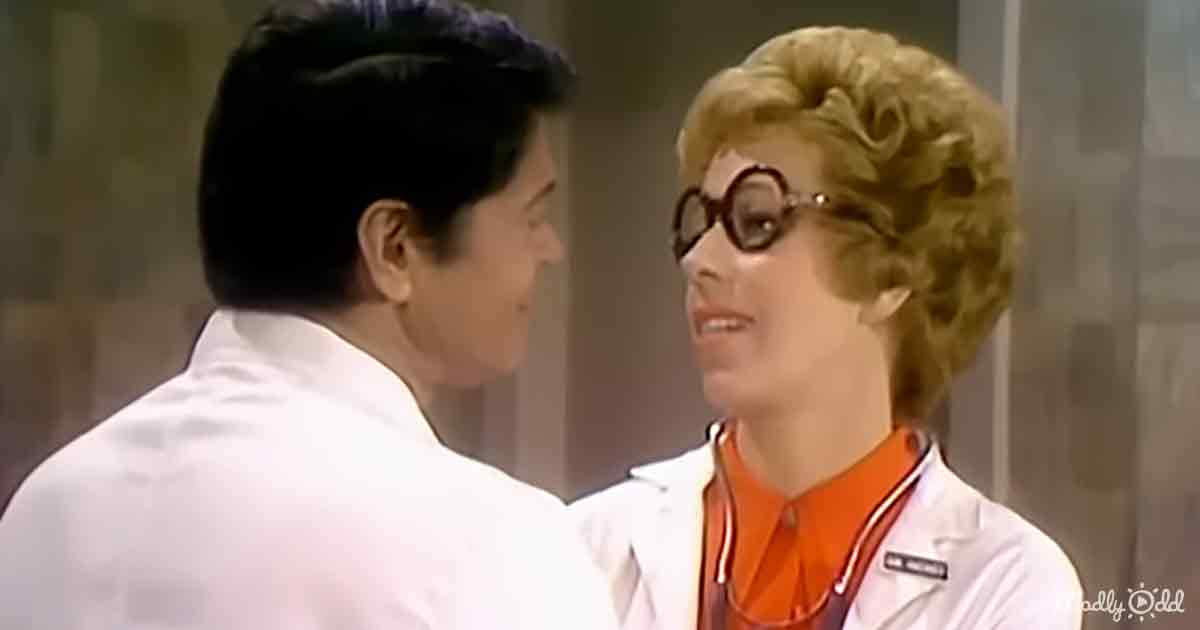 In this sketch from season 4, Flop Theater presents a medical drama that didn’t make it on television. The show is called Storefront Hospital. The skit opens with an absurd swinging theme song.

The opening of this failed pilot starts in the hallway of a hospital. Carol enters the scene as Doctor Francis Hickie. She is dressed in a white doctor’s coat and thick glasses.

Carol addresses the camera directly. She says with seriousness how she’s going to be caring for sick people. Then, in a perky voice, she states, ‘I know I’ll be happy here!’

A group of interns dances down the hall like they’re seeing the Wizard of Oz. Doctor Hickie says she understands the problems of being an intern. One intern states they don’t have the issues of being overworked anymore.

When Hickie asks why the interns are not as overwhelmed, they say they have a new boss. The woman who states this thinks they should be on their way to the emergency ward. The interns dance off horizontally across the screen.

Hickie stares at the camera. She says she can understand doctors specializing but doesn’t understand why it was dancing.

Hickie then proceeds to the head of the hospital. She finds his office with the door that says, ‘The Head of the Whole Hospital.’ 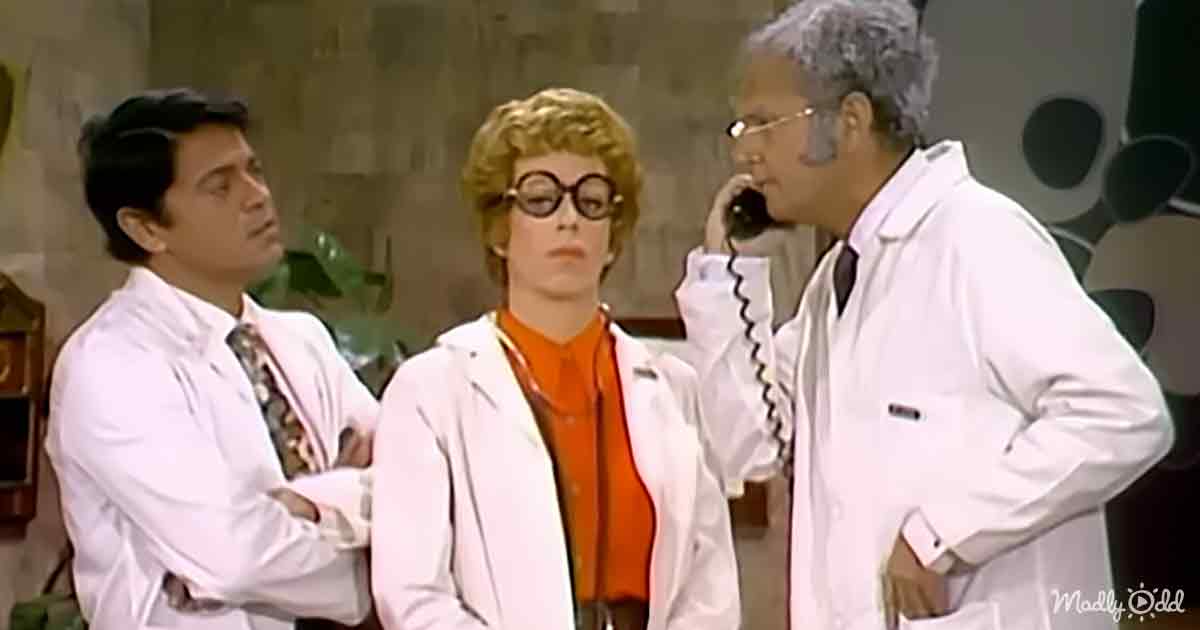 Hickie says she’s going to be a great doctor. ‘If only I could stop talking to myself,’ she says to herself. She then enters the room.

Hickie addresses herself as a woman doctor. The head of the hospital identifies himself as Doctor Boyle. He stresses that Hickie will get on special treatment.

Hickie fires back by saying she focuses on her career, not relationships. After a few seconds of intense staring, Hickie and Boyle kiss passionately.

Hickie asks why it took Boyle so long to realize her feelings. Boyle says he had to make sure Hickie was a lady doctor.

Into the room comes Doctor Zeppelin, an aged doctor played by Harvey Korman. Zeppelin describes himself as an old-fashioned doctor who uses dated practices.

During the conversation, Zeppelin gets a call in the office. He answers and receives news that his only patient has died. Zeppelin says he’s glad the patient paid in advance.

After Zeppelin leaves, Hickie says she’s willing to work long hours. She then tells Boyle she’s tired but says she’s also fine. She runs through the door while leaving the room.

In the hospital hallway, Hickie reencounters the interns. She confesses to one of the interns that she has an elaborate disease. She lists plenty of medical terms that she begs the intern not to repeat.

After the interns dance off, Hickie starts hearing laughter. She takes her pulse and says she has nine days to live. ‘Ten if I start jogging,’ she states.

Hickie wanders into the room labeled ‘Rich Patient.’ Inside the room, Hickie confronts a richly dressed woman in the hospital bed.

The patient demands her bed be fixed. Hickie then insists the patient walk despite not having walked in 15 years.

Hickie says she has cured the wealthy patient. The patient says she could always walk and only doesn’t because she’s rich. Hickie offers to haul the patient back to bed but is forced out of the room.

The skit shifts to the cafeteria. Boyle is eating with Zeppelin and talking about Hickie. Zeppelin tries to speak about Hickie in medical terms, but he starts laughing before finishing his sentence. 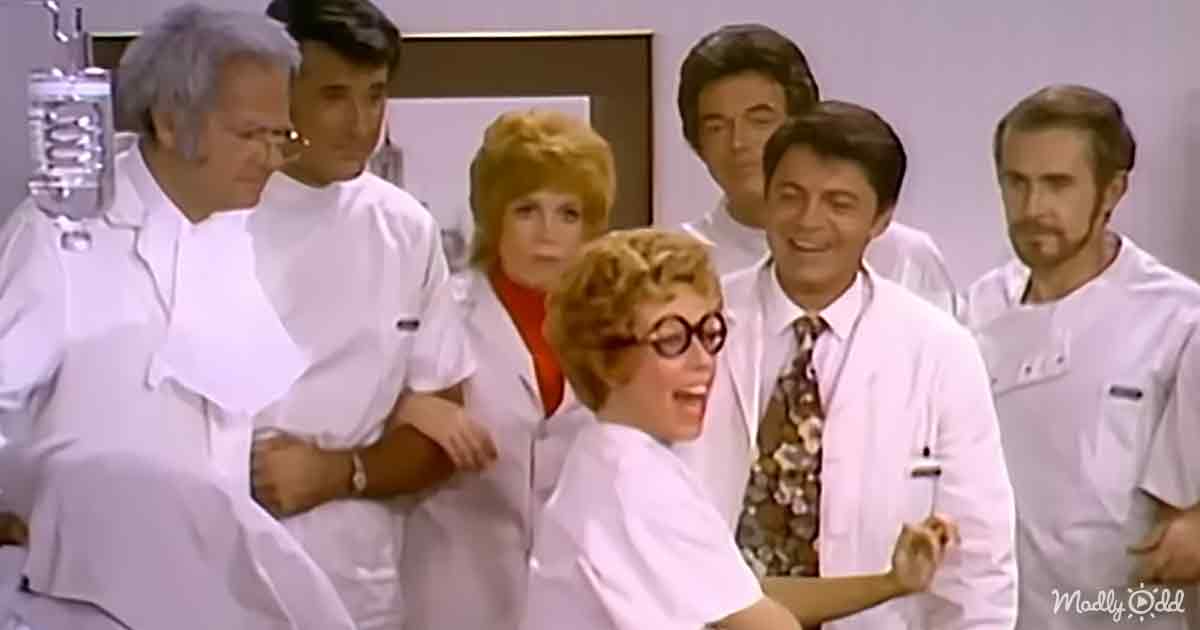 Zeppelin finishes his diagnosis. Boyle says that could be fatal. ‘Only if I have to repeat it,’ states Zeppelin.

Hickie enters the cafeteria and approaches Boyle. She collapses on the table. Boyle says he can operate right there in the cafeteria. He argues he has to operate here as he has dessert coming.

Hickie soon awakens in a hospital bed surrounded by the staff. Boyle asks how she feels, and Hickie says she feels fine. Boyle then gives her the bill to read.

Hickie compliments Boyle. She says he managed to save her life and deplete her life savings.

Zeppelin then states anybody Hickie kissed also has her fatal illness. Except for two other doctors, the entire room collapses dead, including Boyle.

Hickie attempts to address Zeppelin but turns to the wrong doctor. She tries not to laugh at screwing up the sketch. Hickie says she can perform the operation that will save Boyle’s life.

Hickie states her mission for the hospital. She goes on and on about curing the sick. Zeppelin then says he found a cure for hickeys. He places tape over Hickie’s mouth. 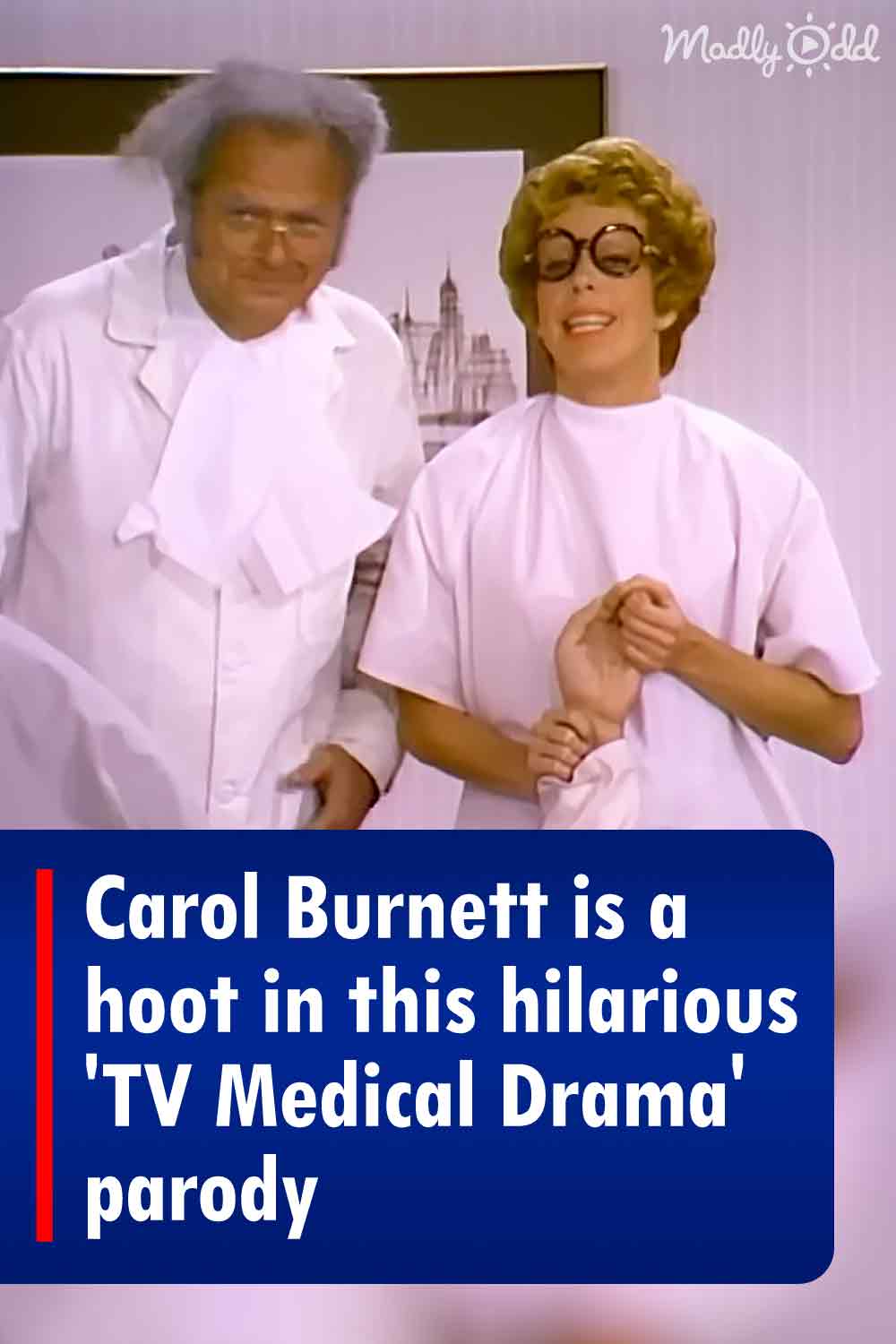