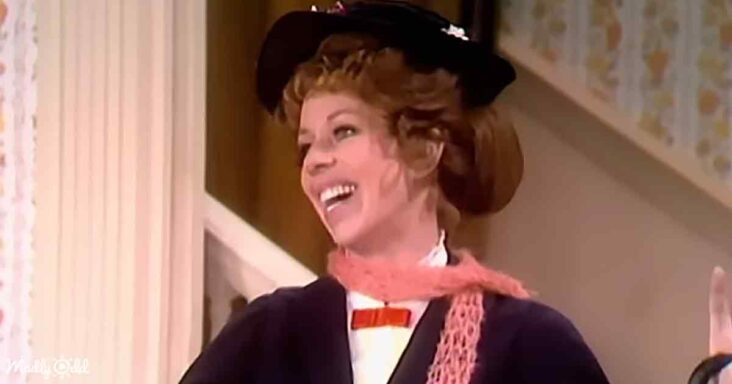 In another funny sketch on ‘The Carol Burnett Show,’ a narrator introduces the movie, saying, “Few people realize that Mary had a twin sister, Penny Poppins.” The scene begins in a house with whimsical music playing. Guest star Martha Raye hums and sips tea, complaining about how weak it is. She adds some alcohol from a nearby bottle. She sips and spits it out, saying, “Much Better.” 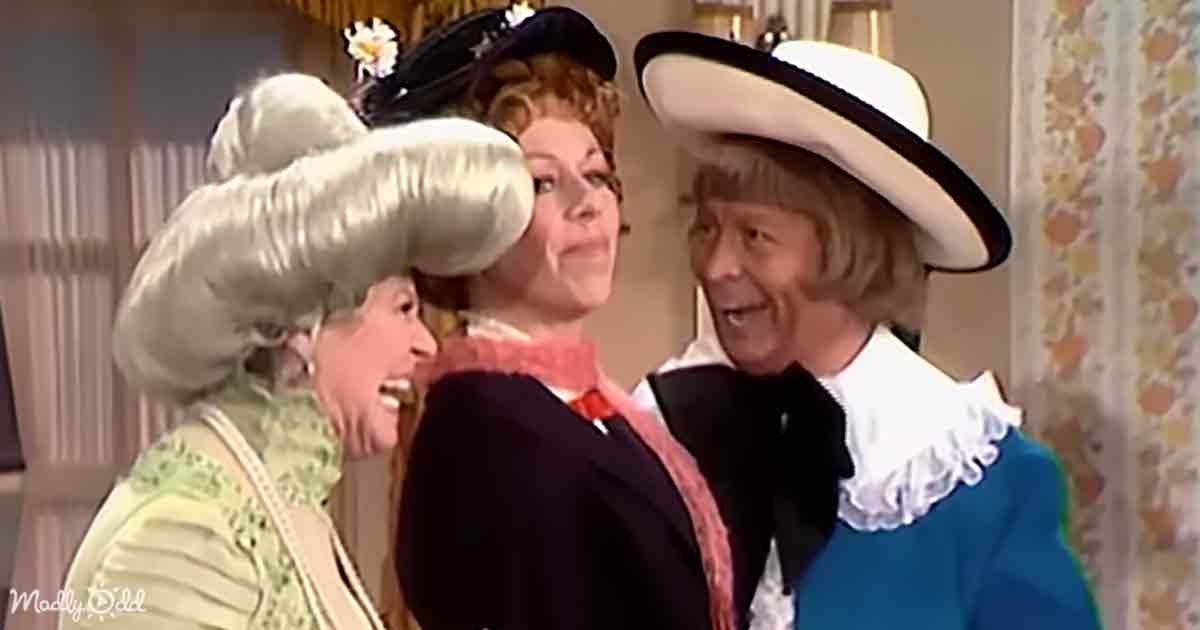 Harvey Korman runs down the stairs chasing the maid, played by Vicki Lawrence. She quits, takes off her uniform, and storms out. A young lad, played by guest star Mel Torme, runs in, and the old lady says, ‘Give Mommy a kiss.” The boy hesitates and says, “Last time I did that, I got a hangover.”

Mel Torme is funny in the role of the little boy, and his outfit is ridiculous. He tells his Mother what type of Nanny he wants, saying, “I’d like a Nanny who’d like me for just what I am. A sex fiend!” 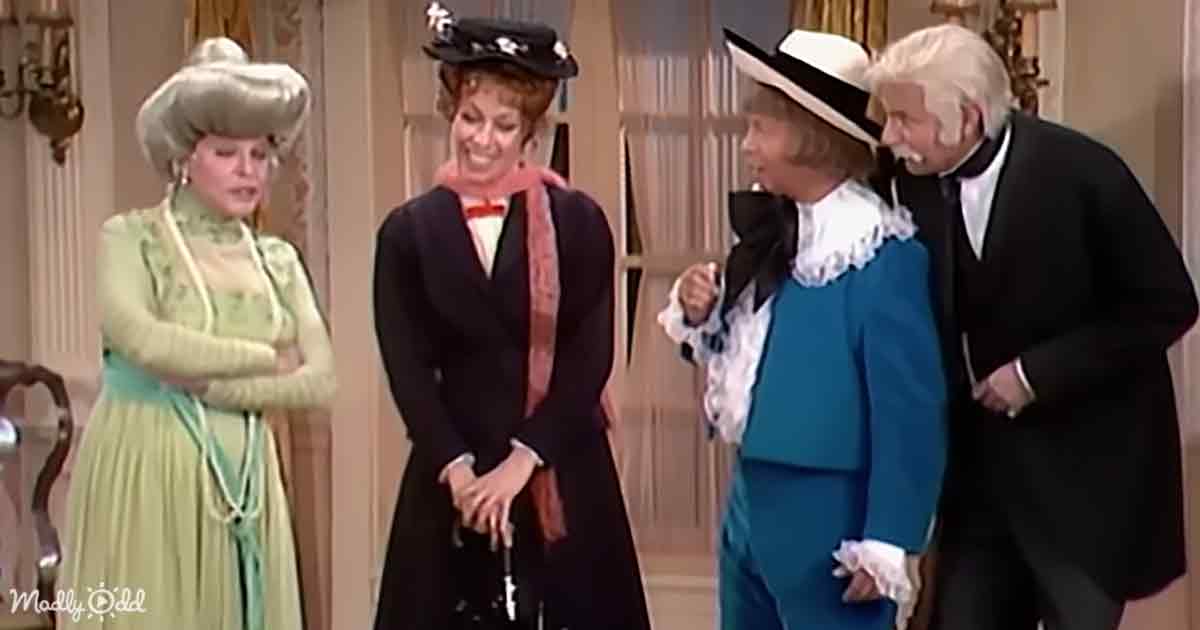 The boy says he wants a good Nanny. Then, Carol drops down and says, “I am a Nanny. The sweetest, most wonderful Nanny in the world.” The boy looks at her with puppy dog eyes, and she wacks him with her umbrella.

As the Nanny, Carol accidentally kills Harvey, the Grandfather, by feeding him too much medicine. She sings the classic song ‘A Spoonful of Sugar’ from ‘Mary Poppins.’ 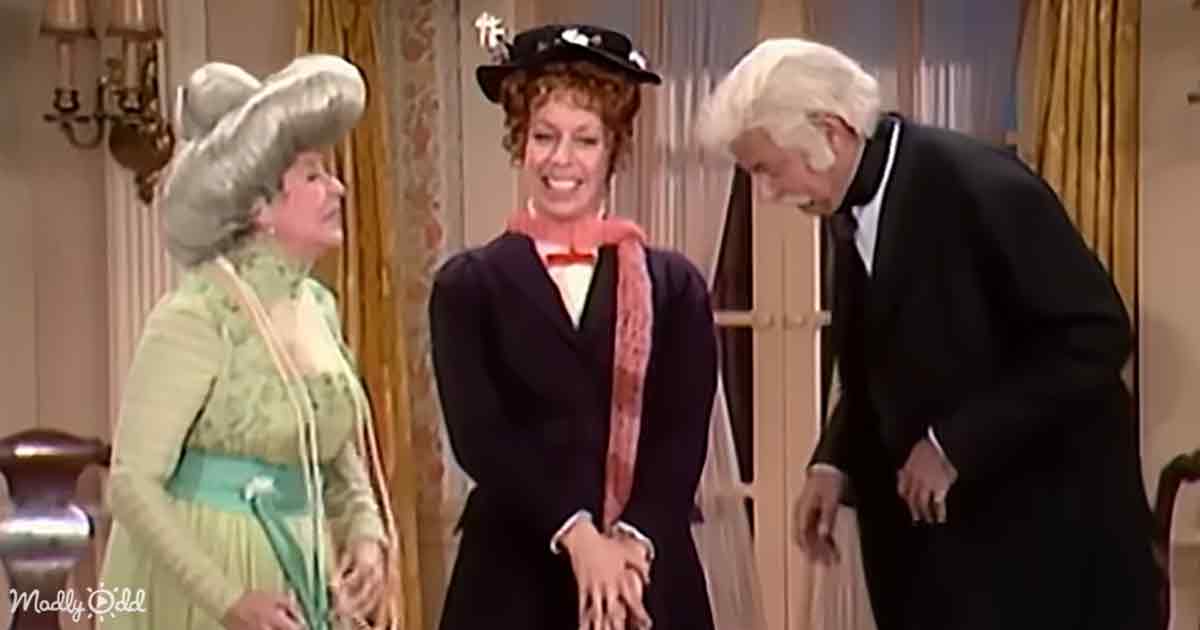 Later, the boy’s Mother leaves because it is time for him to go to school. Penny, played by Carol, offers to give him a spell to fly. She says, “Supercalla Fraga… is what makes you fly.” The boy jumps out of the window and says the spell, and he falls and crashes on the floor.

She wonders if the spell was wrong and walks out, saying she did a job well done. The Mother returns after having too much to drink, and Penny tells her she will leave the household. Martha Raye is hysterical, begging Penny not to go, and her wig isn’t even on straight by the end of the classic sketch. 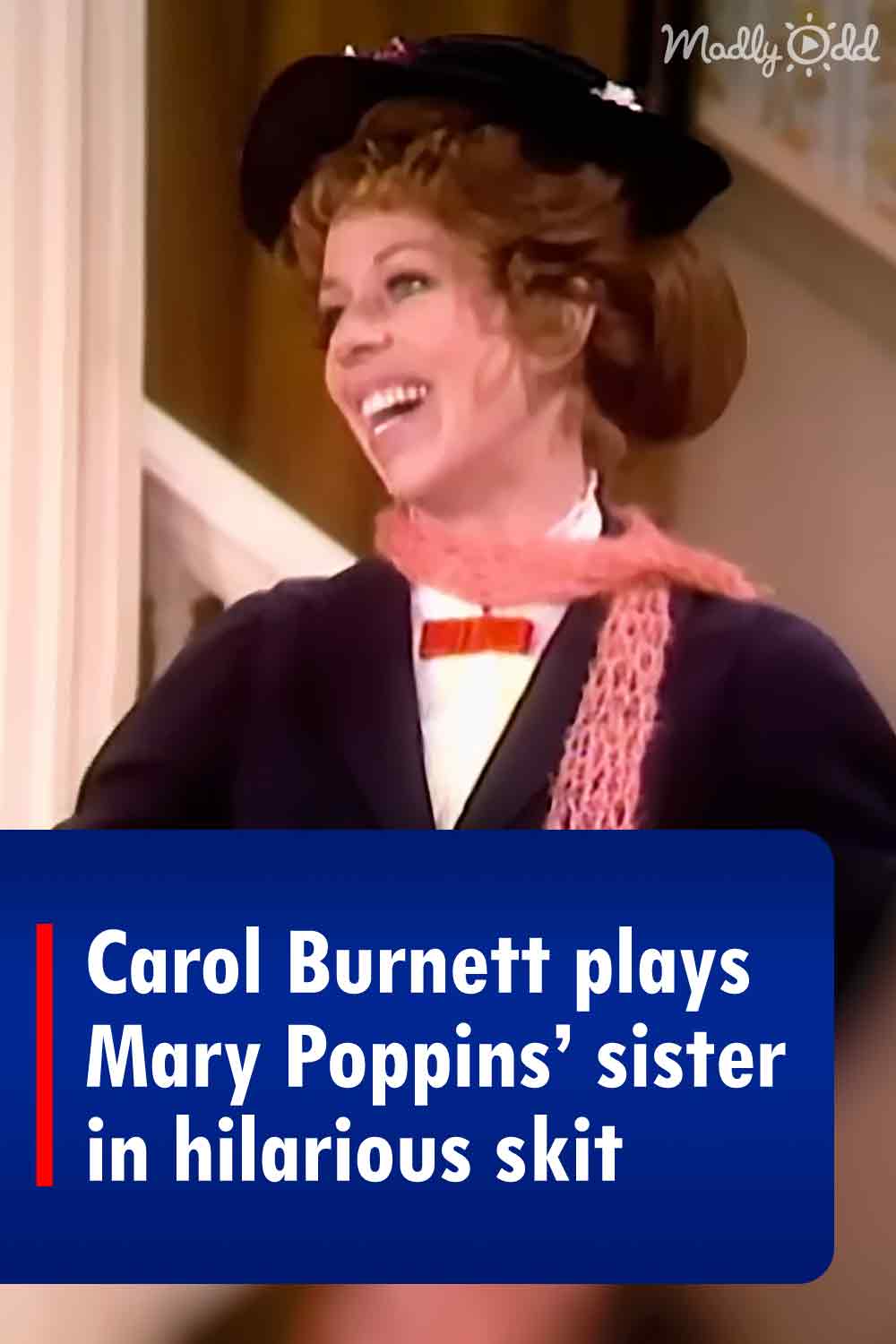