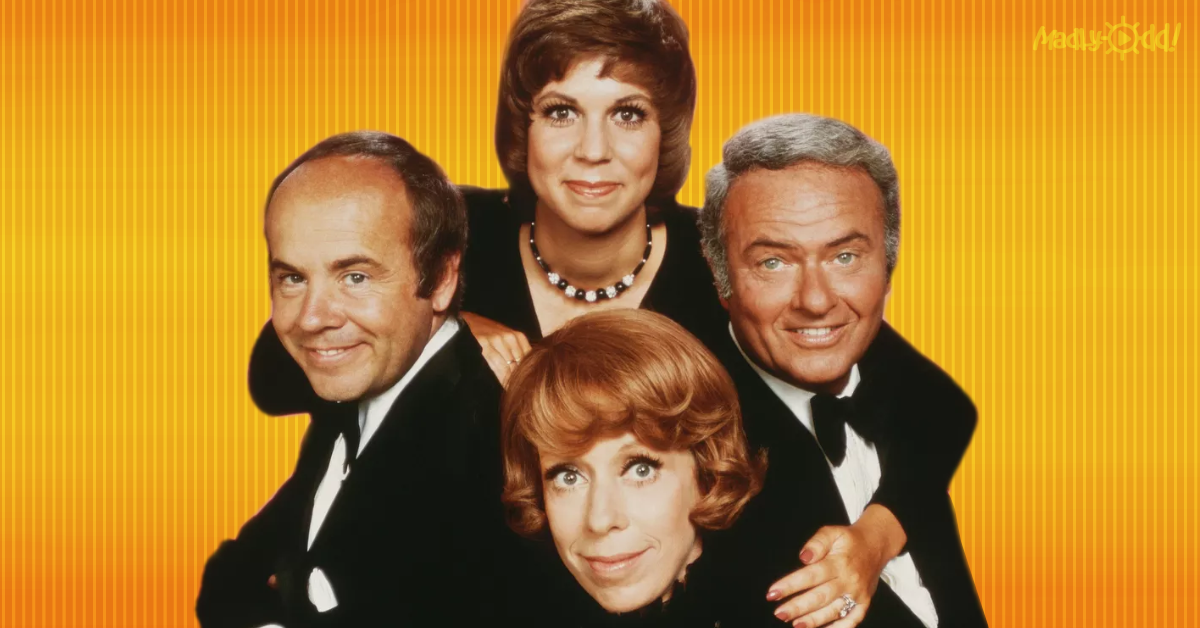 What you are going to discover after you watch this hilarious ‘Carol Burnett Show’ blooper reel is that  Tim Conway is the cause of most of the bloopers!  How can you keep the cameras rolling when the cast breaks down in laughter, unable to speak.

If it weren’t for Tim, there probably wouldn’t be any bloopers at all. There’s just something about Tim that cracks everybody up The audience, the cast, and thus included.

Tim Conway is best known for his deadpan style. His calm, straight-faced delivery makes the zany things he’s saying that much funnier. Conway can be a literal show-stopper, that is when he’s so funny that even his colleagues on the set break down laughing.

Conway grew up near Cleveland and began working on local television projects in the late 1950s. This was also when he got his start writing material for comedy sketches.

Even though he was still only in his late twenties, Cleveland wasn’t big enough for Conway and before long, he was a regular on The Steve Allen Show. By the mid-1960s, he had a role as a bumbling character on television’s “McHale’s Navy.” I

Then in the 1970s, he became a fixture on the Carol Burnett Show, where his flair for comedic sketches flourished. Conway has also hosted a number of comedy shows of his own over the years.

The Carol Burnett Show was a staple of American television for over a decade. Two hundred seventy-nine episodes of this comedic sketch and variety show aired on CBS between 1967 and 1978, and it brought home 25 Primetime Emmy Awards. Over the years, seemingly every big name in entertainment made an appearance as a guest star.

One of the many sketches included on this rare blooper reel that you are about to watch is one of the first “Mama’s Family” sketches. It was so popular that it became a recurring segment on the Carol Burnett Show. The audience’s appetite was insatiable, and so the “Mama’s Family” series of sketches was later spun off as a television show in its own right.

On one episode, Conway was telling a humorous story about a circus elephant, or at least trying to. His hijinks were too much for Harvey Kormann, Vicki Lawrence, and Carol Burnett herself. They all tumbled out of character, laughing and covering their faces. We’ve posted this insanely funny and unedited blooper reel below.