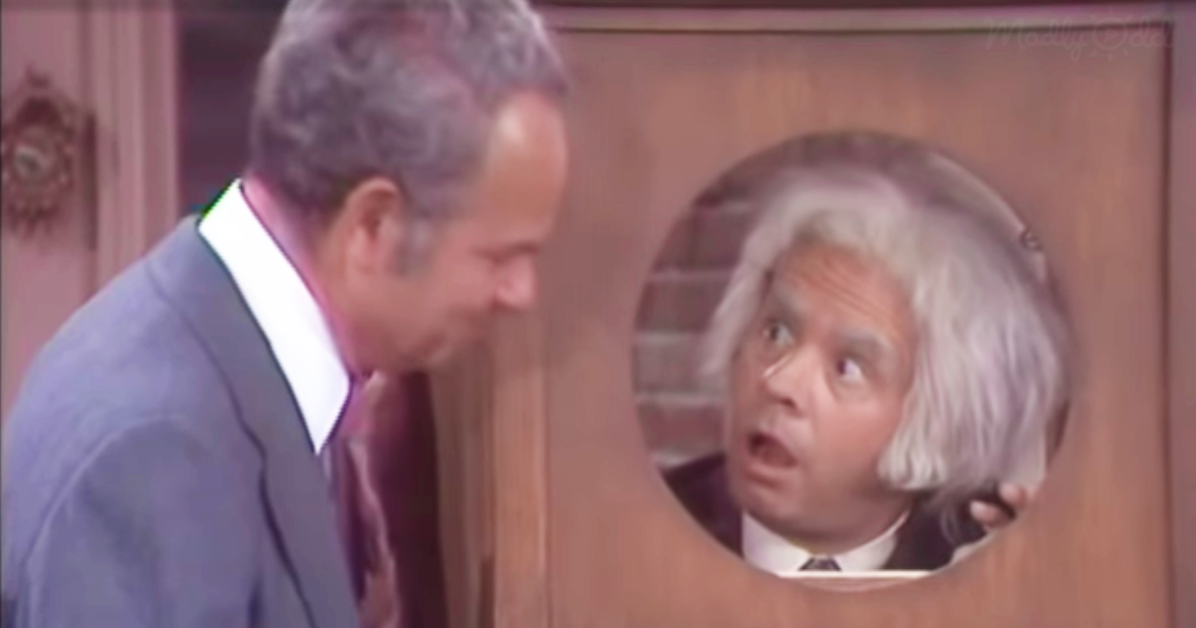 In this skit, ‘The Oldest Man: Clock Repair’ Tim plays an eccentric clockmaker who angers, confuses, and amuses Harvey Korman. Korman plays the role of a customer seeking to have his antique clock repaired.

Every second of this skit is hilarious. It begins with Conway taking tiny, shuffling steps into the store and over to his workstation. He dusts his clocks for while until Korman enters the store while carrying a huge Grandfather clock. Conway apparently does not hear Korman correctly when he says “you hooo.” 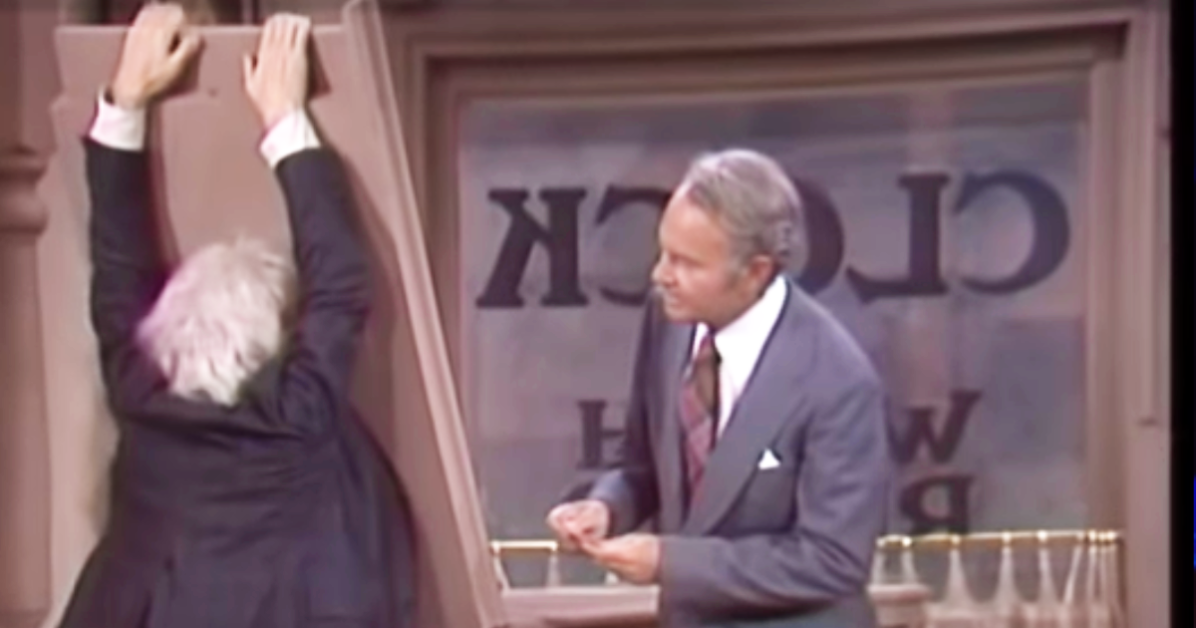 He assumed he heard the usual ‘cookoo’ of one his clocks and shouts “I’ll get.” Conway then proceeds to dust Korman’s face as if he was a clock! As you can imagine, this angered Korman. It was funny watching Conway’s expression change as he realized he had made a grave mistake.

Korman is evidently in a hurry to leave and quickly explains what is wrong with his clock. Conyway then insists on giving Korman a claim check, much to his displeasure. Conway then proceeds to stamp the tiny piece of pink paper over and over again, but he does so quite slowly. Conway remains oblivious to the fact that Korman is visibly annoyed.

Conway then insists on taking a look at the clock. He struggles to lift the half door separating his work area from the lobby. He then falls on top of the counter after refusing to allow Korman to assist him. In the end, he ends up crouching to walk under the counter.

As the skit continues, Conway becomes even more eccentric and hilarious with his antics. I laughed my head off, and so did the audience. It is hard to find good, clean comedies like this these days.

If you enjoyed Conway’s skit, please share this video with your friends. Tim is a riot! 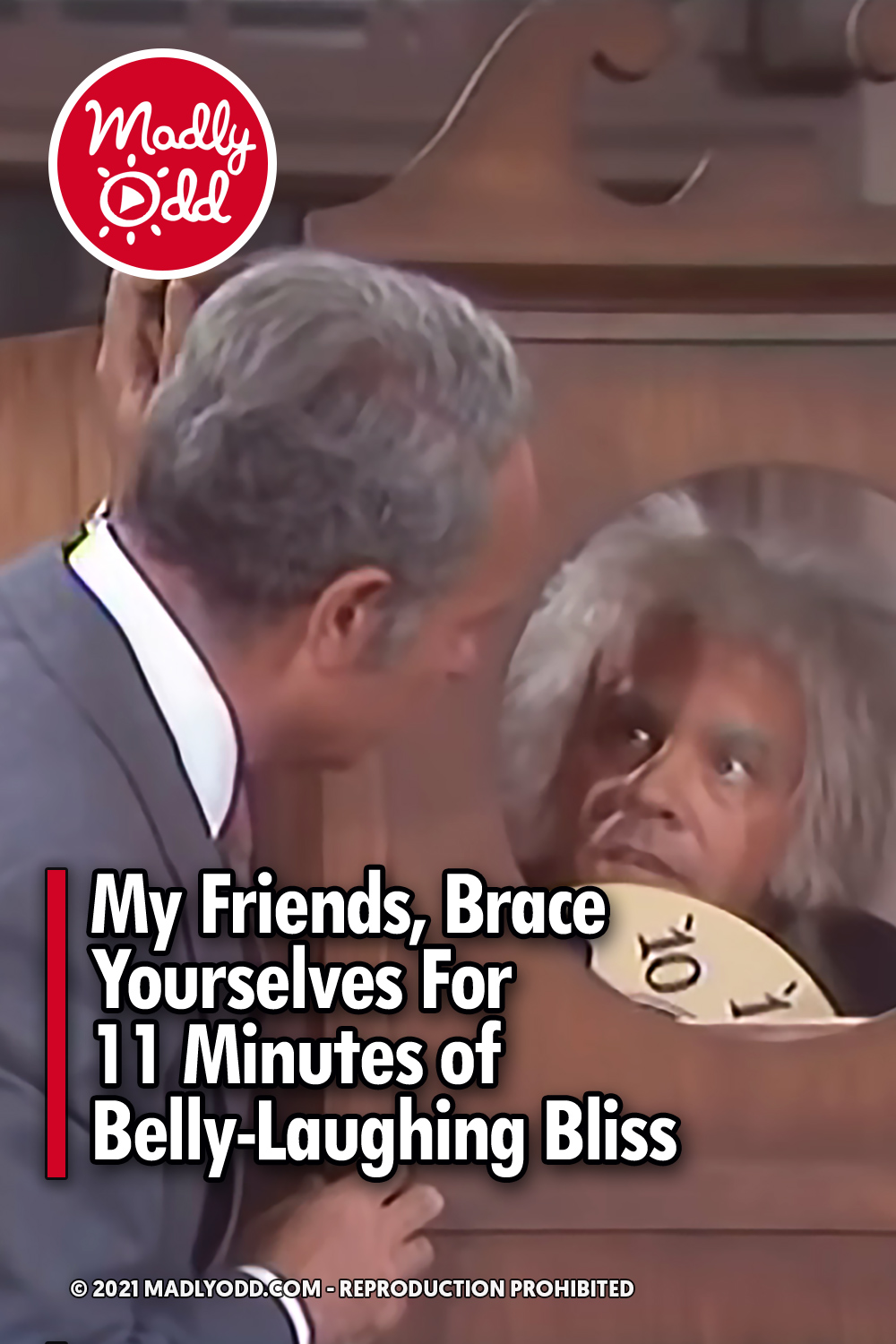