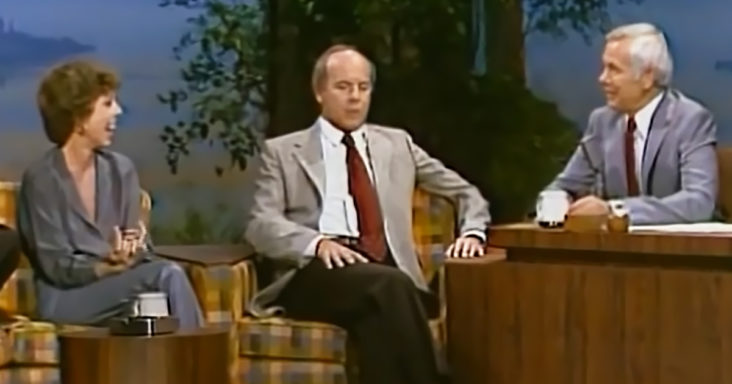 Carol Burnett was one of the greatest comediennes in American showbiz history. She was the host of the immensely popular sketch show The Carol Burnett Show.

The show ran from 1967 to 1978 and was such a hit that it was revived in 1991. Starring Carol Burnett, Harvey Korman, Vicki Lawrence, and Lyle Waggoner (who was later replaced by Tim Conway), the show was known for its slapstick humor.

Tim Conway, in particular, was famous for making his costars break character and start laughing in the middle of a sketch. Harvey Korman was notorious for being unable to control his laughter with Conway. 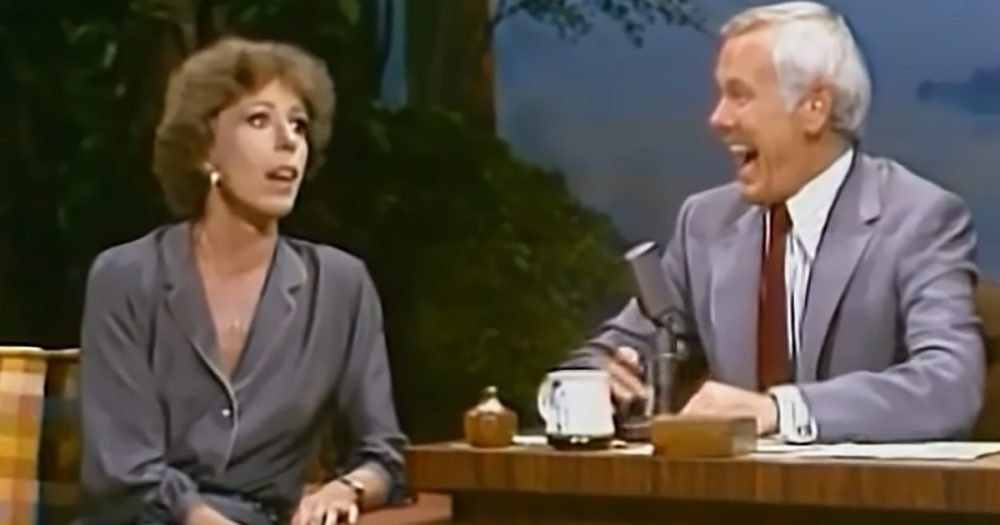 In an interview with Johnny Carson in 1979, Burnett and Conway bring their hilarious shenanigans to late-night television.

Carson first interviews Burnett where they talk about a party they went to the previous night before reminiscing about the old days in Hollywood.

Then Conway comes out to discuss a movie that he starred in called ‘The Prizefighter,’ a parody of the recent box office hit ‘Rocky’ starring Sylvester Stallone. He also tells a story about how he lost his car at a Hollywood party.

The movie was a parody of the combat sports drama, and Carson showed a clip of Conway’s take on the famous training montage.