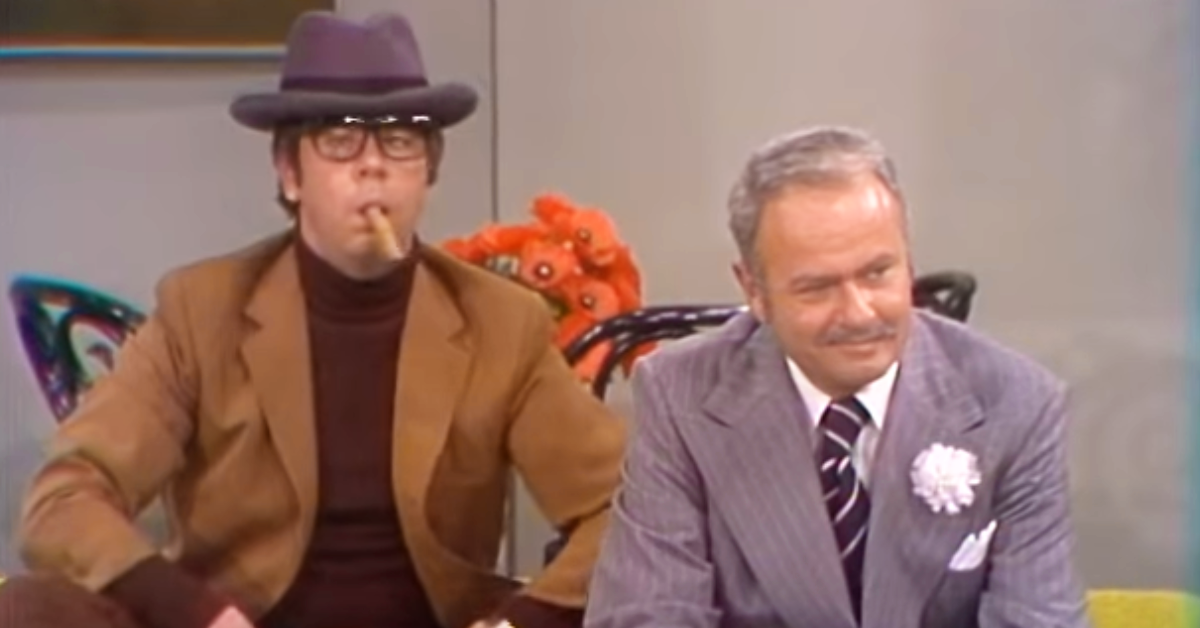 When single gal (Carol Burnett) invites her boyfriend (Tim Conway) to meet Daddy (Harvey Korman), things get a little wild when Tim acts like a baboon  — quite literally!

Taped before a live audience at Hollywood’s CBS Television City Studio 33, The Carol Burnett Show featured clever, dazzling production numbers in an intimate environment, thanks to strategic camera placement that brought the actors and audience closer together.

Conway could always be counted on to bring an extra burst of genius slapstick comedy during his years on the show between 1975 and 1978, especially when paired with Harvey.

In this fruit-throwing, wall-climbing sketch, Tim plays “Harold,” who’s late for his date with “Denise,” because he’d been bitten by a chimp while taking his dog to the vet. But no worries, the vet has given Harold a shot of a special anti-chimp bite medicine. The antics begin when the drug’s side effects kick in.

This dynamic duo of comedy soon take center stage and the laughs come fast and furious. Both comic clowns deliver the goods in their usual hilarious fashion. Tim’s monkeying around escalates, and his increasingly annoyed future father-in-law decides his beloved daughter’s boyfriend is a little crazy!

In one side-splitting bit, just as Dad is trying to deliver a heartfelt, confessional speech to him about the importance of finding the right man for his daughter all heck breaks loose! You’ll roll in the floor laughing at this classic comedy sketch from days gone by.

Wait until you see what happens when Dad and Denise reach the full panic stage and call the cops on poor Harold.  The slam-bang, surprise ending will surely tickle your funny bone and make you share this clip with your friends.

“This team was SO funny, great comedy,” commented one effusive and nostalgic fan.  “My goodness, Carol was so thin in this episode! This production was one of the very best ever. The Carol Burnett show and all the great people behind it made it so memorable! Hard work that paid off! I think it will have next generation viewers, and maybe long after that!”

Did you know that Tim and Harvey first worked together in 1966 on The Danny Kaye Show?  When they met again several years later on The Carol Burnett Show, the two became fast friends. They found opportunities to work together for the rest of their careers.