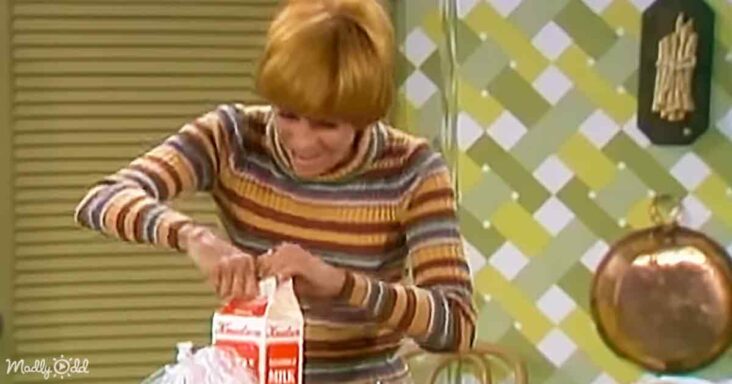 ‘The Carol Burnett Show’ always had funny sketches involving physical comedy. Carol was masterful at playing her part for big laughs. When she walks into the kitchen with her groceries while singing, you know something funny is bound to happen. 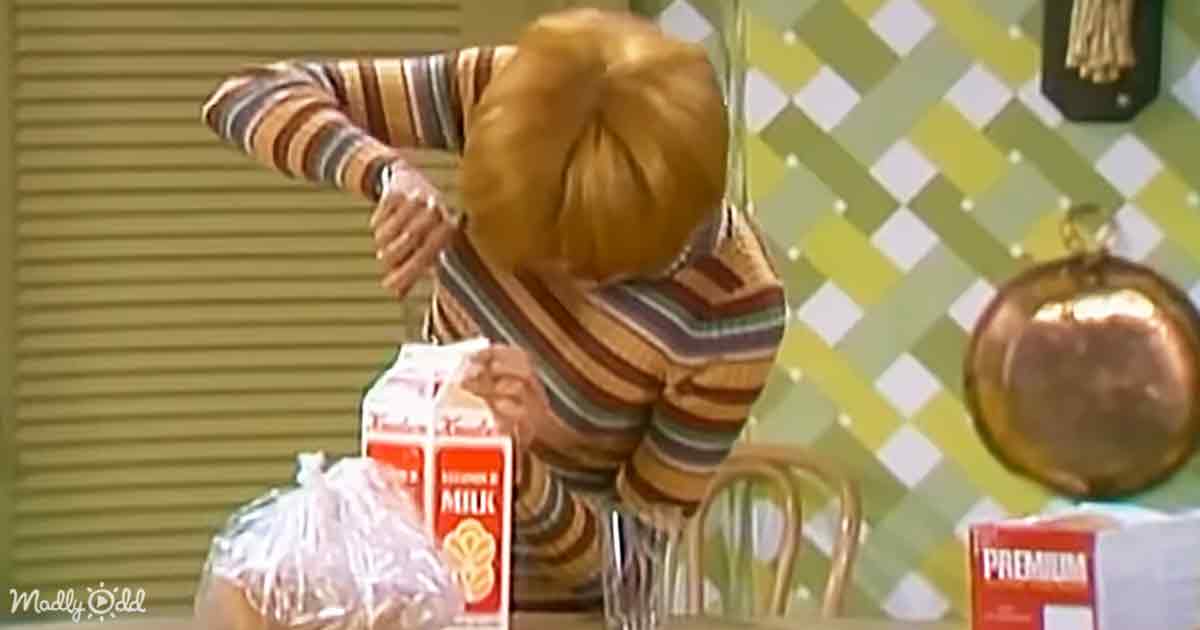 Carol says, “Coconut macaroons! Nummy, nummy for the tummy.” She smiles but struggles to open the package. She hears a narrator giving the opening instructions and tries again but fails in frustration.

She tries a sardine can and a jelly jar, hearing the instructions again from the narrator, but she breaks both the can and the jar. The instructions are read in a calming voice, and Carol tries to do it calmly but responds angrily. 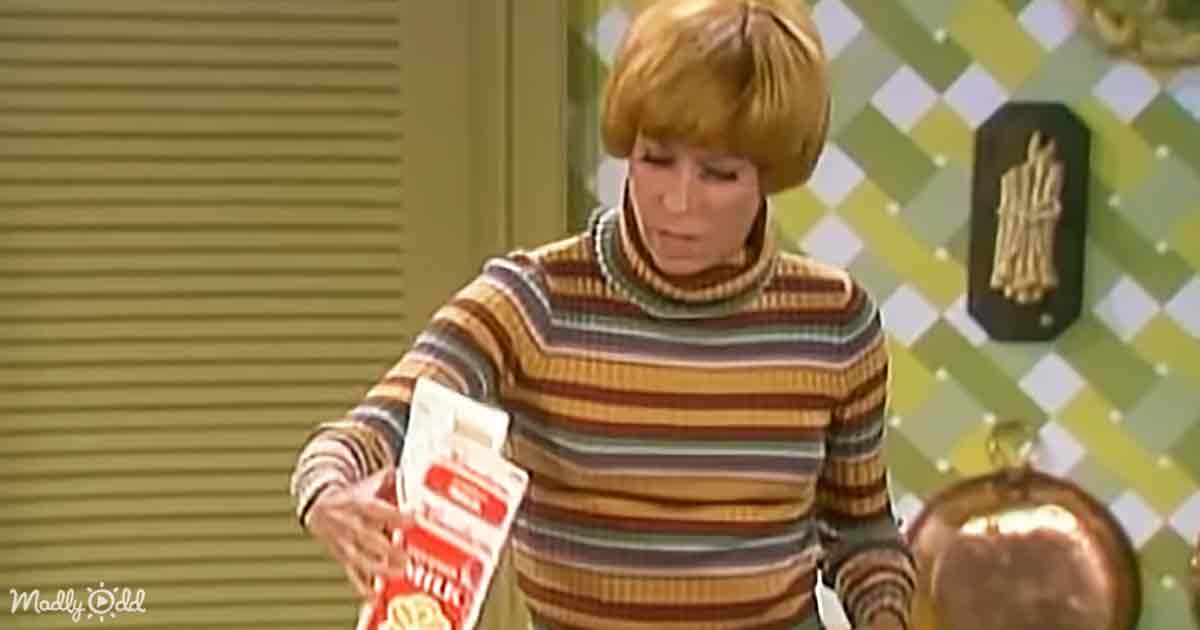 Carol tries to open a box of crackers and splits her thumb. She was still happy that she was able to open something. She goes looking for the band-aids, but she can’t open them. She bites it and tries to rip it open but fails again.

The instructions are read aloud, and Carol crumbles the band-aid while the voice starts to strain as she crumbles it even more until it is silent. Carol says, ‘I’ll show you all. I’ll have a can of soda.” She grabs one and rips the cap off on accident. Carol stares at it for a second, then grabs a rolling pin and smacks it, and it explodes. 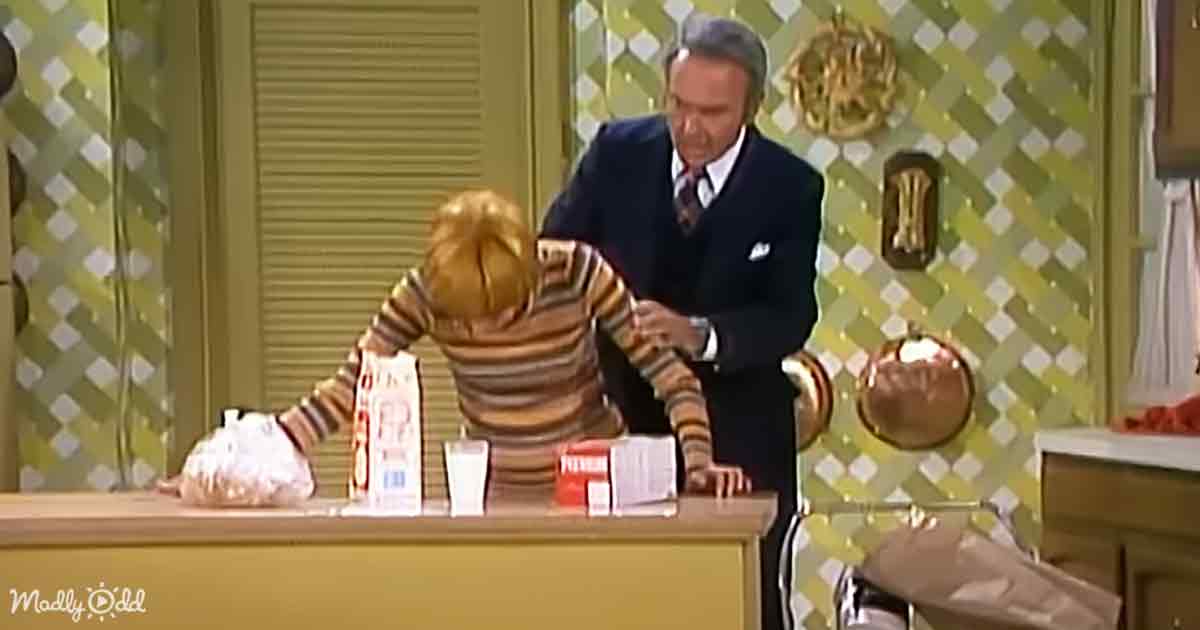 Carol begins to cry, and Harvey Korman walks in and asks what’s wrong, and Carol says it’s been a terrible day. Then, Harvey says he knows precisely what can improve her day, and Carol smiles.

He tries to unzip her shirt, but struggles as the instructor’s voice comes back on, explaining how to unzip Carol’s shirt, and Carol starts to cry again. It is a great sketch that taps into all of our frustration when trying to open a tricky package! 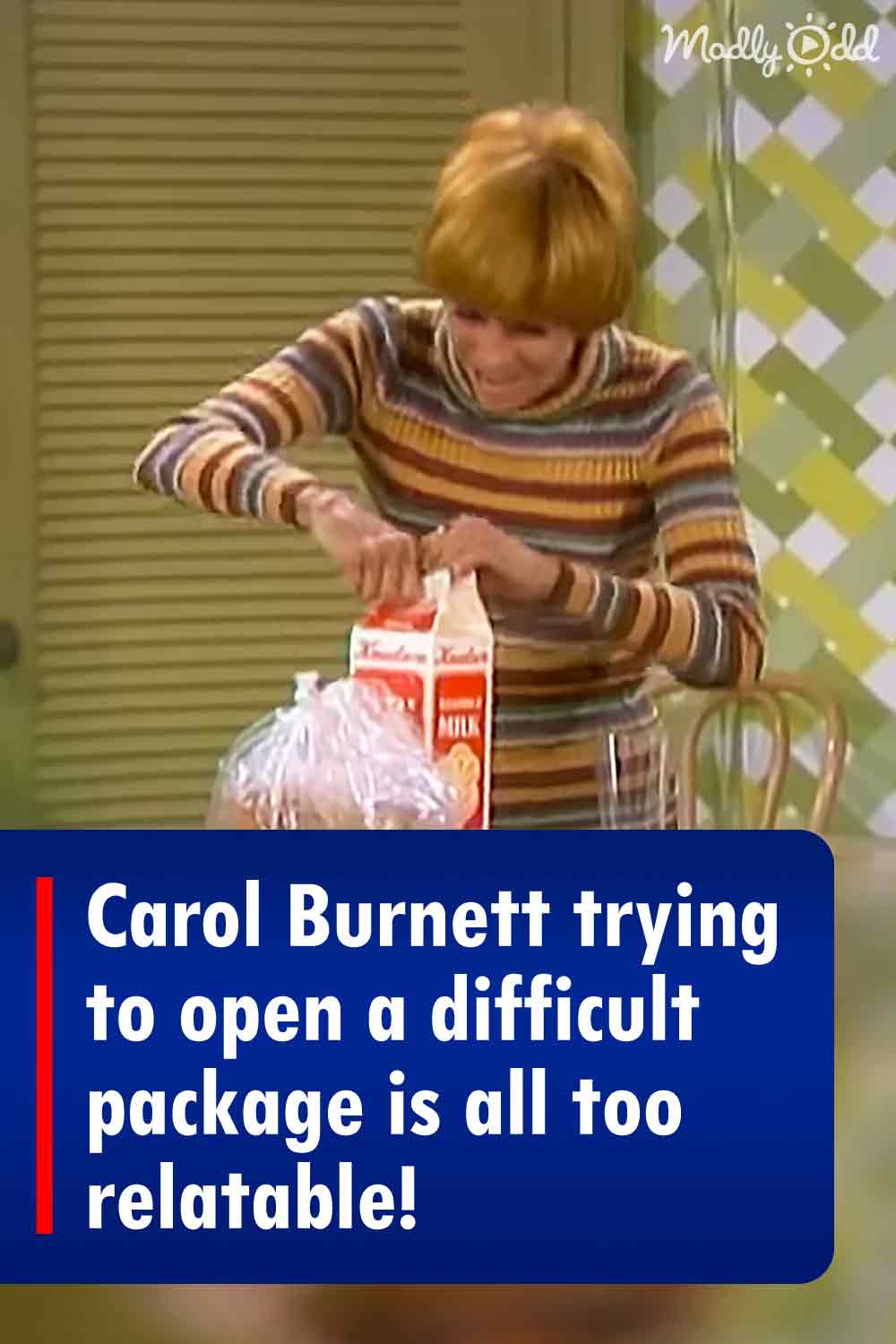