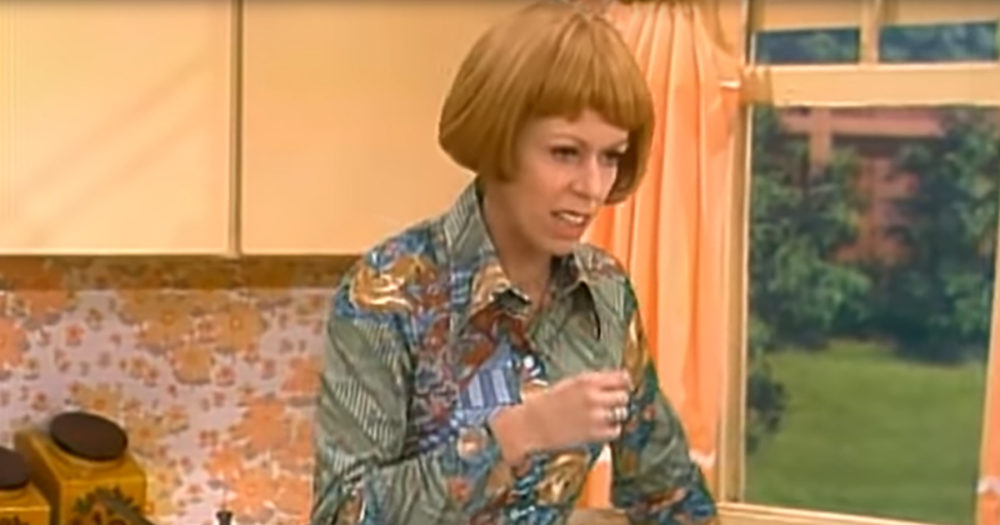 The Carol Burnett Show had an 11-season run and aired 278 episodes. One of the most beloved skits on the show was ‘The Kitchen Commercials.’ Carol recognized that the actual jingles and commercials got stuck in people’s heads, and she could use it to her advantage.

She began to make parodies of the most popular commercials, and the results were hilarious. In this scene, Carol returns from a trip to the grocery store and puts her apron on. It seems to go on and stay on effortlessly!

She starts to unpack the bags pulling a few products out. She gets to a package of toilet tissue with the name ‘Charming’ on it (and obvious play off the iconic “Charmin” brand.) After hesitantly looking around, she gives it quite the squeeze, spoofing their slogan, “Please don’t squeeze the Charming!”

Suddenly, a man comes in a gun to shoot at her for squeezing the ‘Charming.’ Then a man admonishes her for trying to take Aspirin, a drunken plumber tells her to use a liquid pipe cleaner, and an annoying woman keeps interrupting to ask her, “Which is better?” Poor Carol is worn out by the end of it! 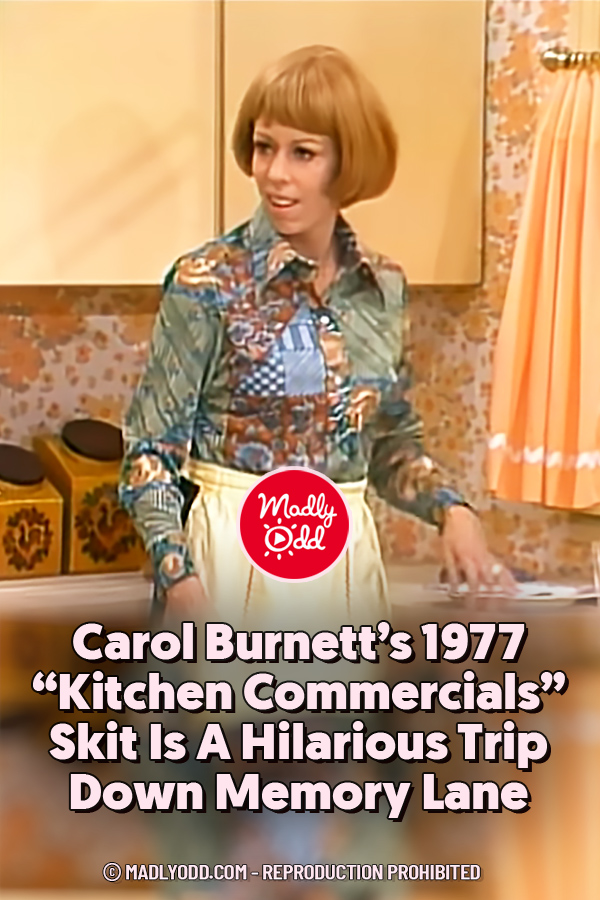