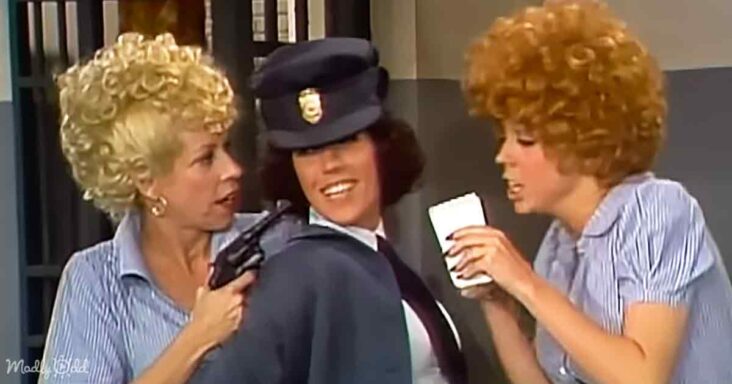 ‘The Carol Burnett Show’ featured a funny sketch titled ‘Caged Dames’ involving women from a state penitentiary. It starts when a woman officer, played by Lily Tomlin, walks in and talks meanly to a line of women prisoners in gowns. 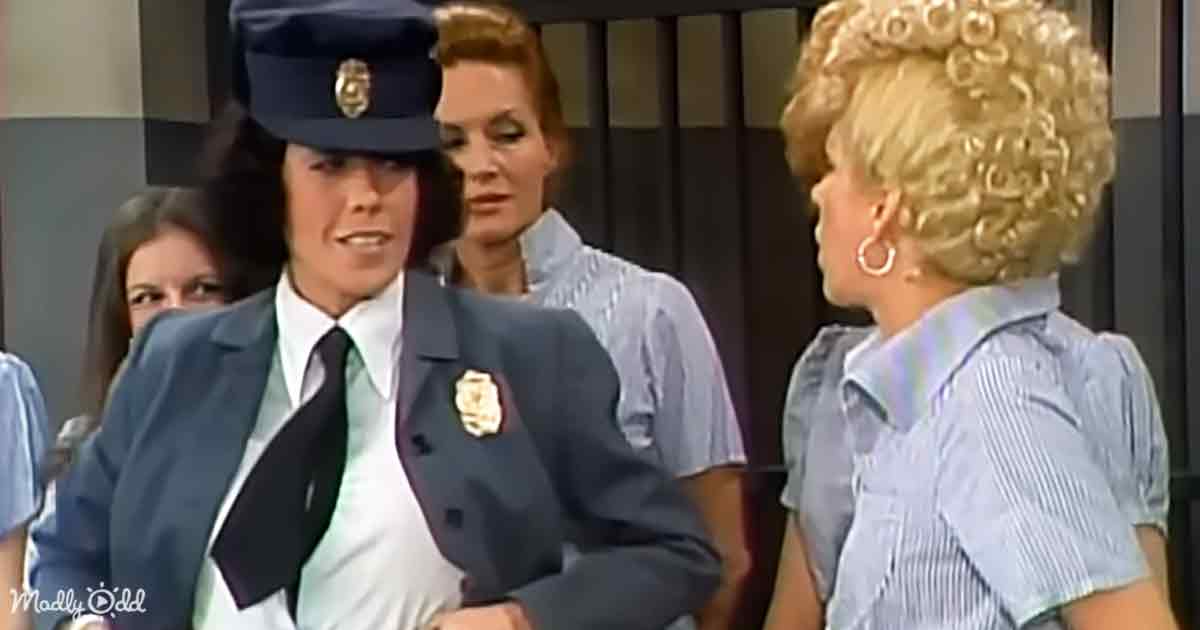 Carol tries to intimidate the officer by telling Lily that she has broken out of every prison before and she’ll do it again. The officer puts Carol in her cell with another woman, played by Vicki Lawrence. Carol plans how to escape while Vicki plays the harmonica sadly. 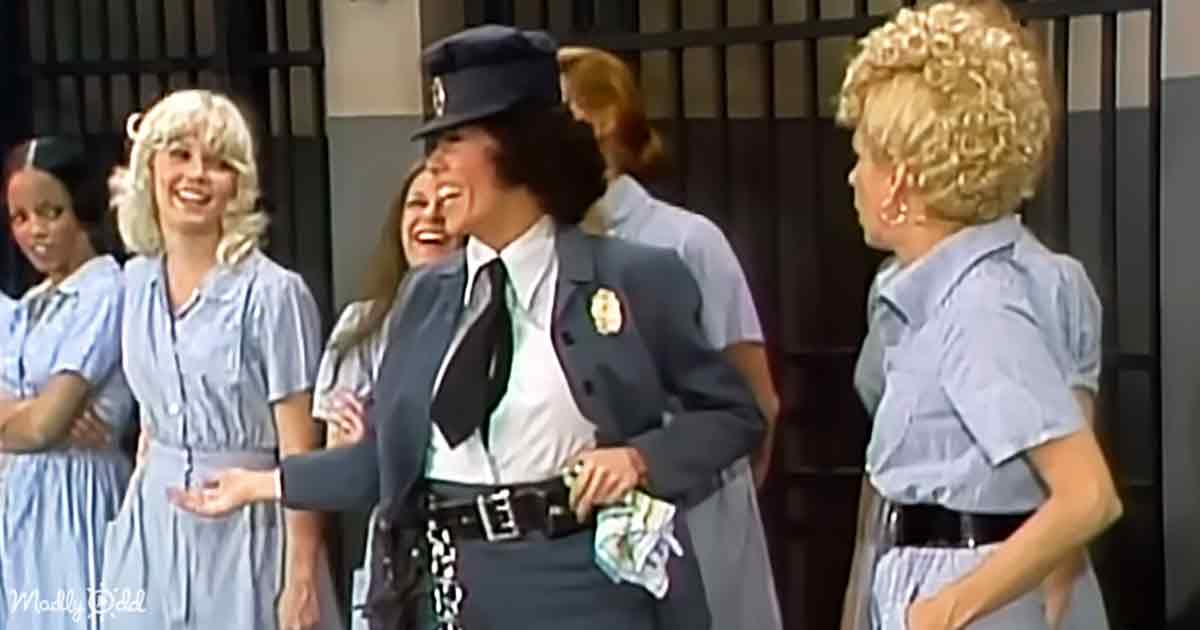 “You know something, kid, that sounds pretty good,” says Carol. Vicki says, “Yeah, I can’t wait to get a harmonica!” Carol just stares in confusion as the audience laughs. Carol tells her to help break out, or she’ll be here forever. Vicki gets scared and starts to sing in a deep voice, and Carol yells at her to shut up. Carol grabs the bars of the cell and recites the song by Frank Sinatra, “Live Until I Die.” Then Vicki yells, “One more time!”

They get a cake delivery from the ‘Concealed Weapon Cake Company,’ and Carol tells Vicki to cut it. There’s a file in it, and Carol tries to pick the lock and grab the officer’s gun. She holds the weapon and threatens her, Vicki screams, asking if she can escape with her, and Carol says no because she’s dumb. She hits Vicki in the head with the gun. 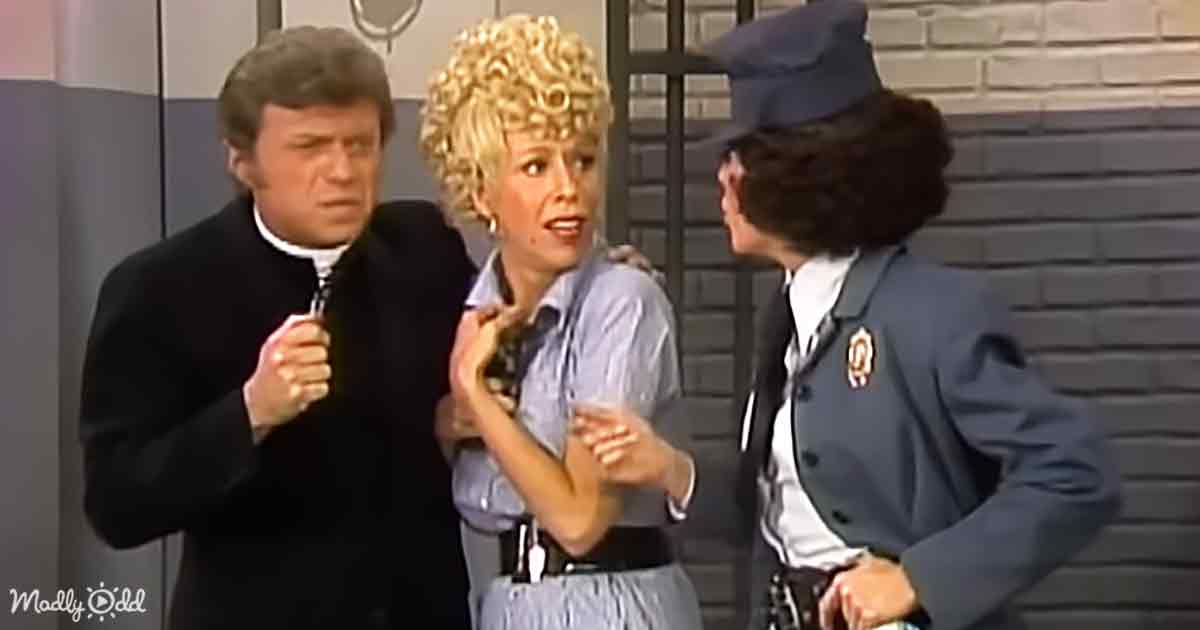 Vicki falls and starts singing in a low voice again. Carol hits her again to stop her singing. Carol and Lily fight, the gun goes off, and Lily falls. The prison priest, played by Steve Lawrence, tells Carol she’s going to get the chair for killing the officer.

Harvey Korman bursts in dressed as a very large version of Carol’s Mom. Harvey is so excited she hugs Carol and smushes her face into his stomach, and Carol can’t breathe. Carol’s Mom has brought the Governor to the prison to proclaim that Carol is free. It is non-stop laughs in the classic ‘Caged Dames’ sketch. 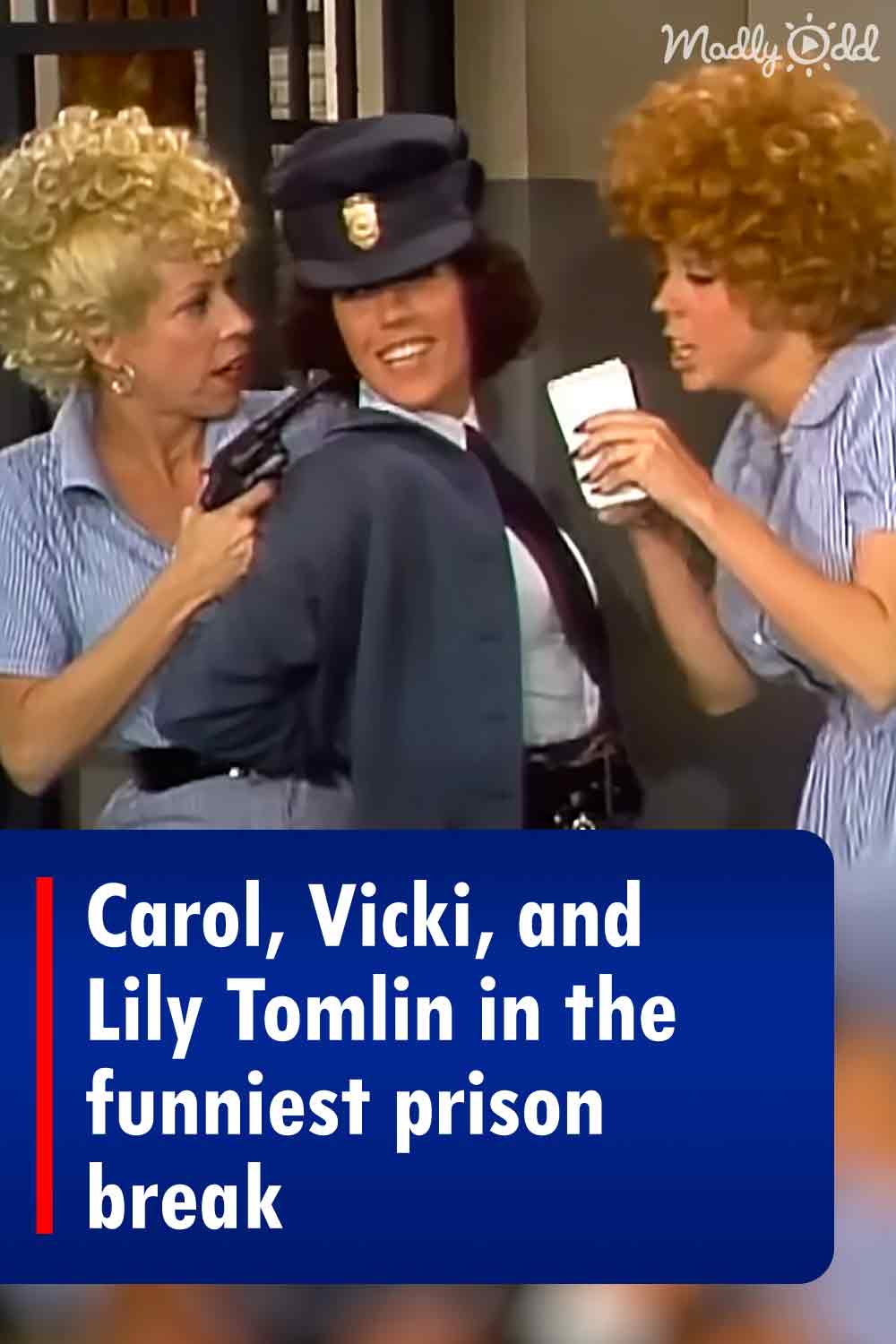