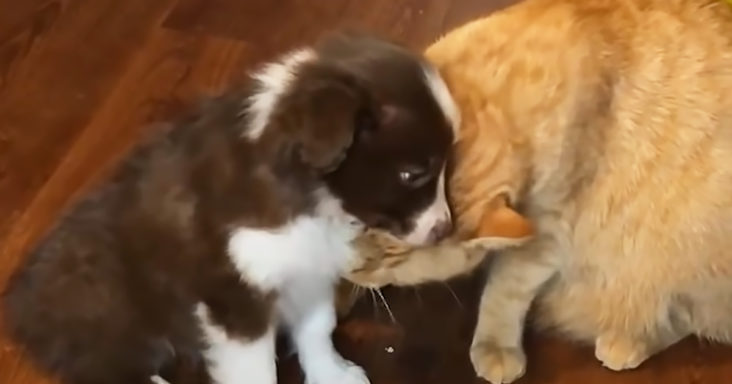 Oskar, a cute little cat, was unhappy when Matthew, his owner, brought a super active and playful puppy, Rylee. He was curious about the little puppy but did not get along with her. The little cat was not comfortable with his new puppy sibling after a month. 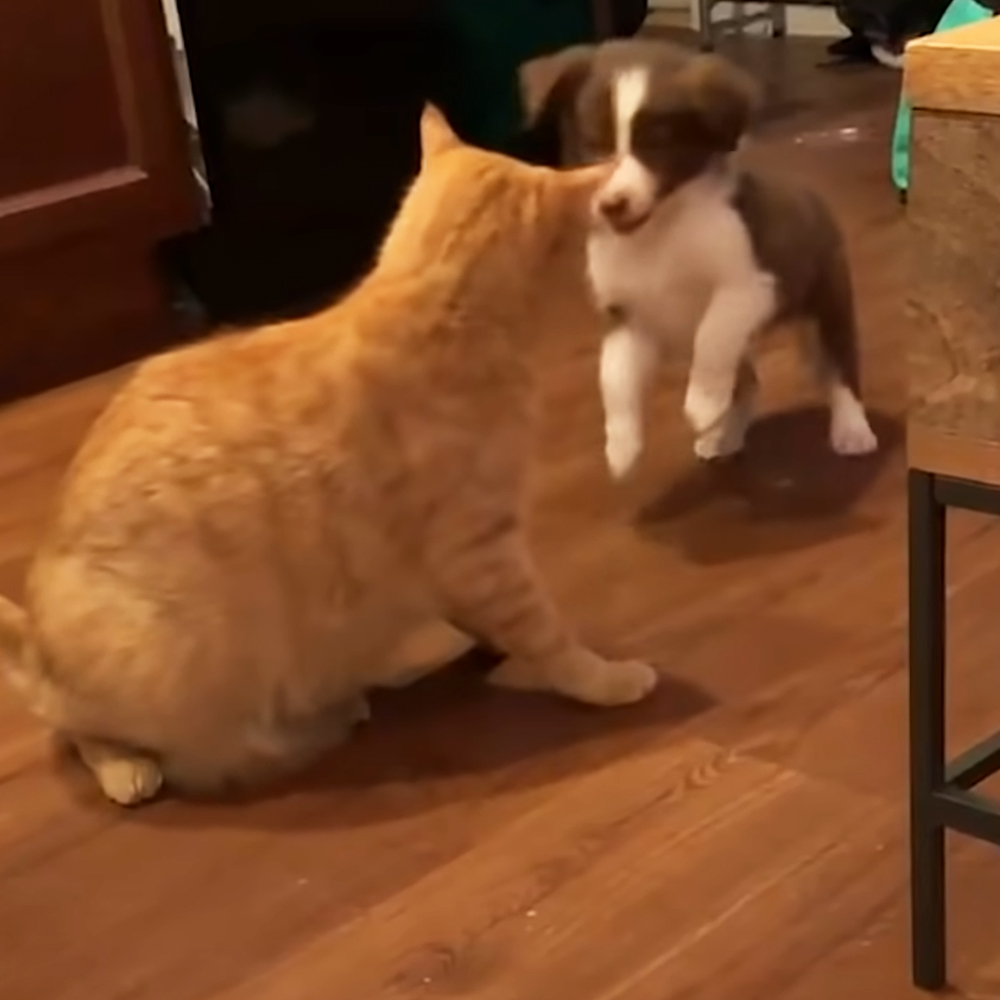 Since the beginning, their relationship has been uneasy. Rylee was very hyper, but Oskar wanted to introduce himself. So, Oskar would allow her to approach him while he lay on the ground. However, Rylee would just come and start biting his tail.

The dog would continuously do this. She would bark and then bite the cat’s leg repeatedly. The poor cat just stared at Matthew the whole time as if he was telling his owner, “What the hell did you bring into this house?” 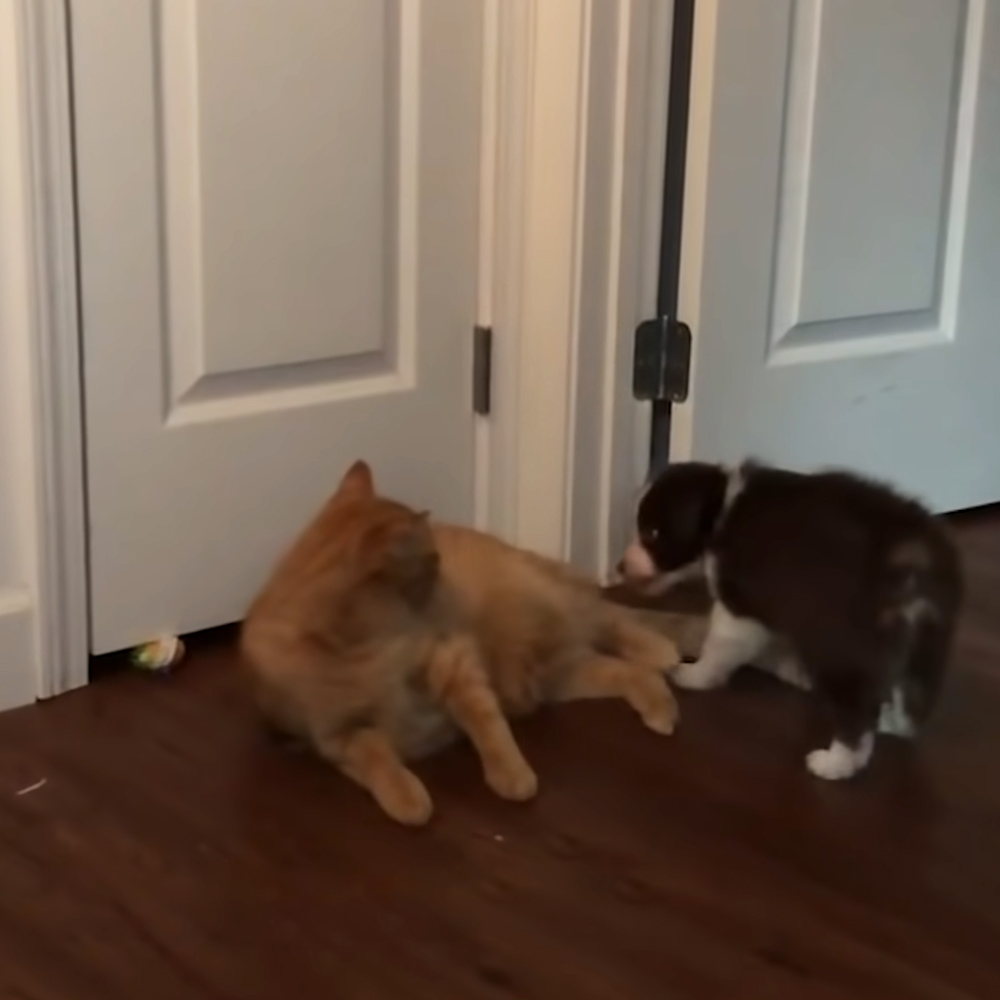 But soon, Oskar realized that maybe Rylee was not that terrible and started to bond. He would groom the dog whenever he found time and stay with each other. They also slept in the same bed together.

Oskar raised Rylee; that is what Matthew always told people around him. He was like a supervisor or parental figure in the house, whom the dog looked up to. The cat surveyed the whole house and watched over everyone. 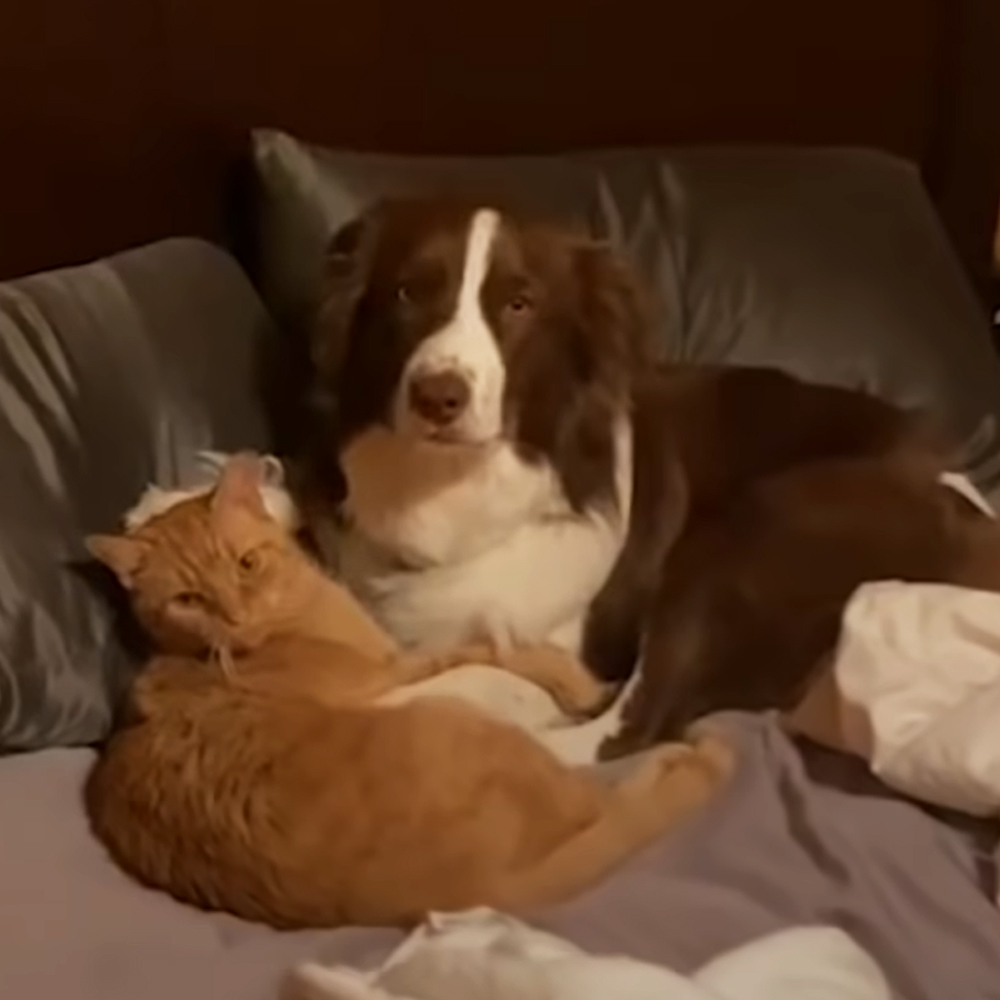 Rylee would lay on Oskar even though she had become 5 times bigger than the little cat. Matthew was thrilled to find their relationship growing up so well. The owner found that Rylee would start to play with him and take Oskar’s attention away when he would pet the cat.

Both animals being together had lessened Matthew’s responsibility because Rylee felt as if she was being petted as much as she wanted by Oskar. Of course, she is still very playful, but they are inseparable now.