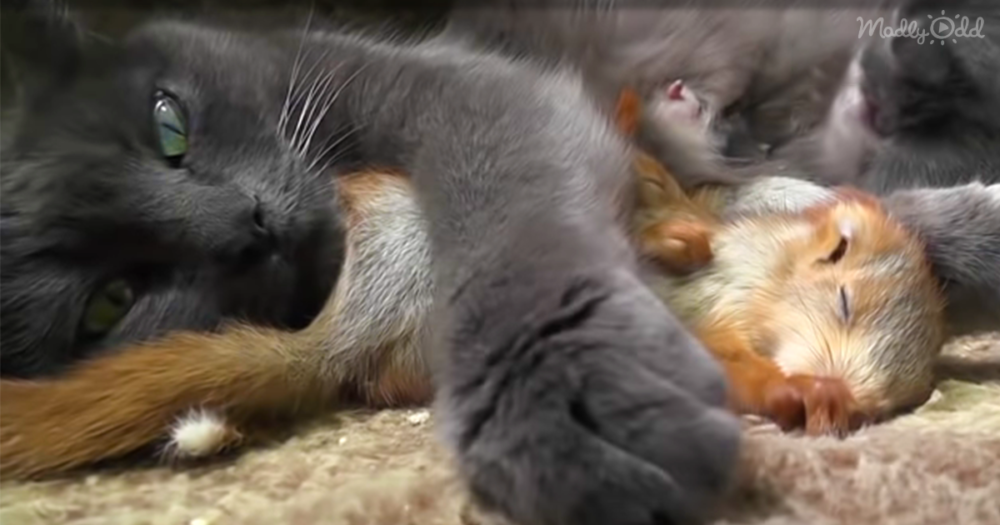 “Cats are extraordinary hunters. The primary prey of outdoor cats is small rodents like rabbits, chipmunks, or squirrels. These animals are constantly on the lookout for potential threats like cats and other predators. That’s why this story is a bit out of the unusual.

Red squirrels look a bit different than your average, ordinary gray squirrel. Beyond the obvious based on their name – they are red – they have a rather distinctive look. Their ears have a tuft of hair on the tip of each ear, making them look more like antennas than ears. 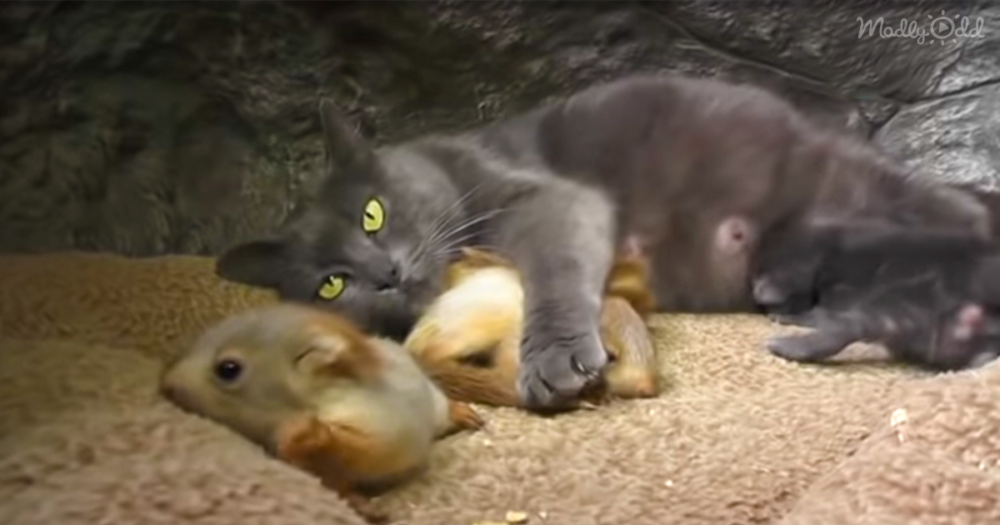 A family of four squirrel babies were sadly left orphaned near Bakhchisaray, Crimea and were turned in to an animal refuge. Only being about four weeks old, they could not survive on their own yet. Fortunately, someone else stepped in as a surrogate mother for these cute, little orphans.

Pusha the cat is a beautiful, smoke gray female cat with gorgeous green eyes. For some reason, she has accepted these four motherless squirrels as her own. If a litter of kittens is left without a mother, they can usually be introduced to another nursing female cat. Quite often, the nursing mother will accept the new babies as her own and will allow them to nurse with her own kittens. Never a litter of squirrels, though. 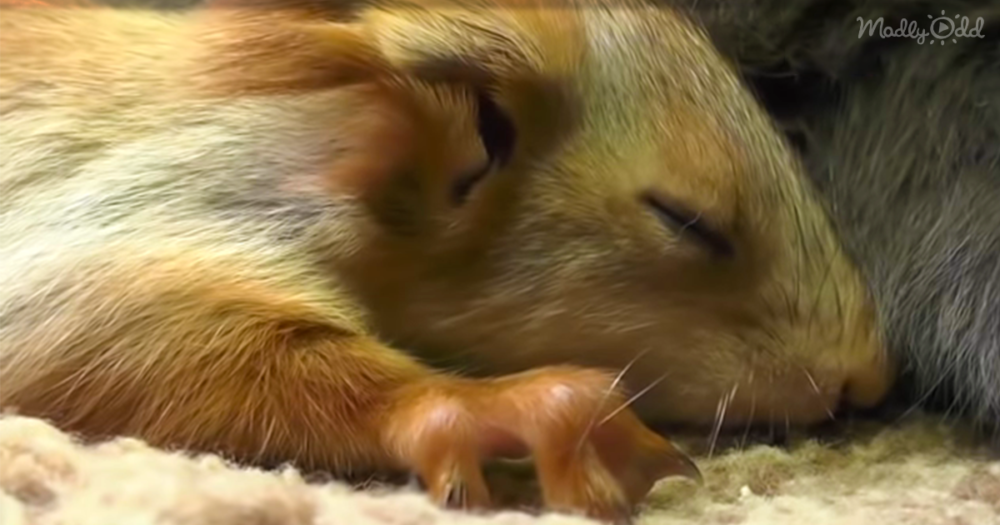 At first, Pusha and the baby squirrels were a bit afraid of each other. They instinctively knew that something was not quite normal about this relationship. However, they quickly grew to love each other.

Pusha now allows the four babies to nurse right alongside her own kittens and treats them like her own. She grooms them with her tongue, protects them, feeds them, sleeps with them, and plays with them. She is quite patient with her new “babies” as they climb all over her while they play.

It is so precious to see Pusha lovingly care for these squirrels. Just another great example of a mother’s love not having barriers.” 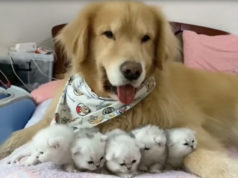 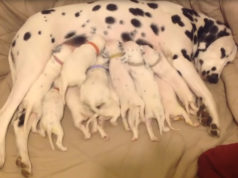 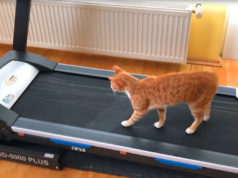 Curious Kitty Figures Out A Treadmill, Turning Foe Into A Friend