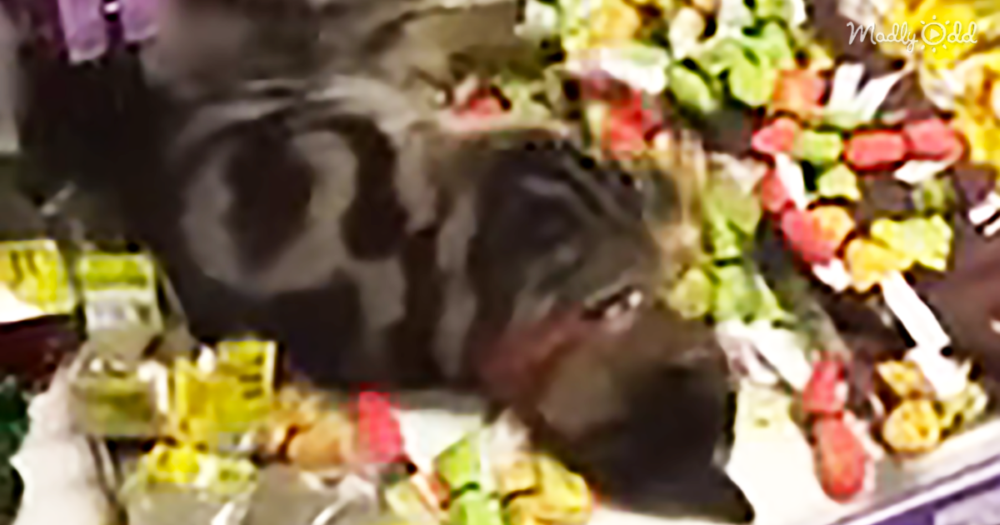 Sometimes animals do the cutest things when they wander in from the streets. A cat or dog or bird can steal your heart so fast that you don’t even know it’s gone. One second, you’re a normal human being with thoughts and feelings, then you glance over at them doing something and then the only thing you’re capable of doing is just saying, “AWWWWWWWWWW” over and over.

The cat that’s in this video should be charged with theft. My heart’s gone. We see a cat on top of a shelf in a pet store. It’s not any regular display on there, though. There are a LOT of catnip toys, and he’s rolling around in it like… well, remember the scene of Demi Moore rolling around naked in a bed covered with money in “Indecent Proposal”? Yeah, it’s like that, though nowhere near as titillating. 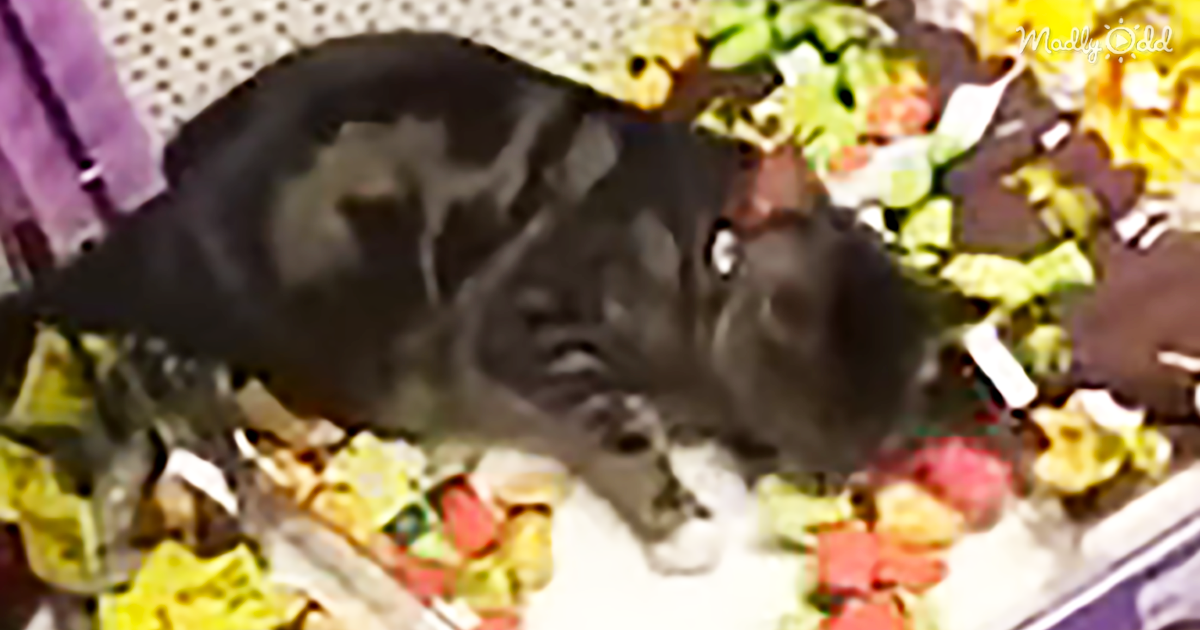 He’s clearly having a blast with them and can’t get enough of them. The aftermath of the video is even better. He jumps down on the floor and starts rubbing on the ones that are lying there. This is kitty nirvana, no doubt about it. He’s found his bliss, and he has no intention of leaving.

Well, not leaving until the store calls his mommy or daddy, who come and pick him up. I’m sure that they have a smile on their face when they do. It’s not like he was running around hurting anyone. I wonder if the pet store owner put a sign at the catnip toy display: “Used toys”.