As the old adage says, “curiosity killed the cat.”, and as my stepmother says “satisfaction brought him back”.  Cats are such natural explorers who love to get into places and situations that they really shouldn’t. Cats are just such curious creatures and they have the heart for adventure but it doesn’t always make sense.

Ginger the cat loves to explore. And one thing that Ginger has come across is this Moose and her babies. Ginger loves stalking this Moose family and has gotten in some practice. At one point he even scared one of the most cubs and angered Mom quite considerably.

No matter how much the mother Moose gets agitated ginger refuses to give up. This cat is either going to make friends or else. It takes time for the cat to become familiar with the most family but eventually they realize that Ginger is not a threat.

One of my own cats is so curious that she was named Dora, after Dora the Explorer.  Even at 2 months old she would find herself on top of the closet.

What did you think of this video? Let us know what you think in the comments. We’d love to hear from you!

A year after that video was shot, this family had another visit from a moose and her young.

One of my own cats is so curious that she was named Dora, after Dora the Explorer.  Even at 2 months old she would find herself on top of the closet. There is not a spot in the house she has not explored. 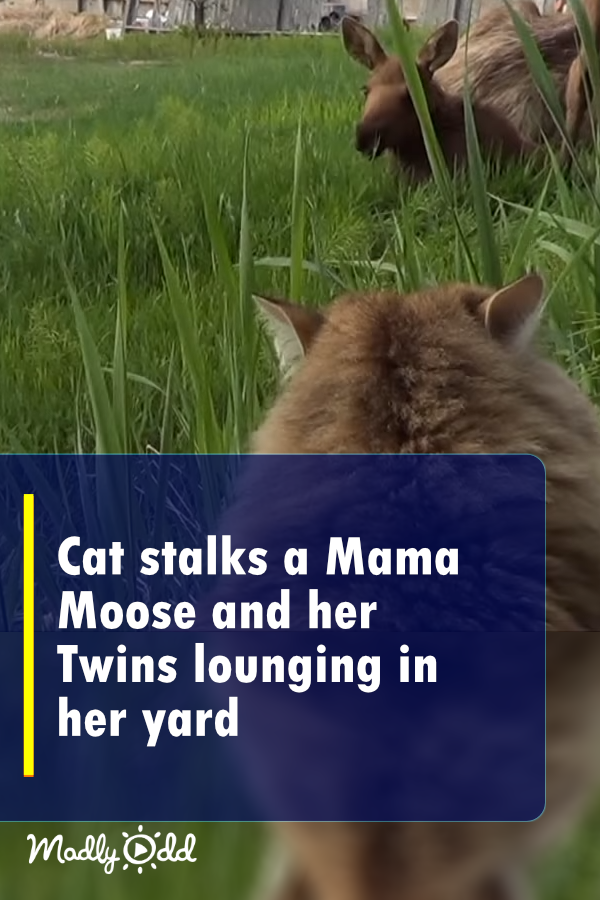