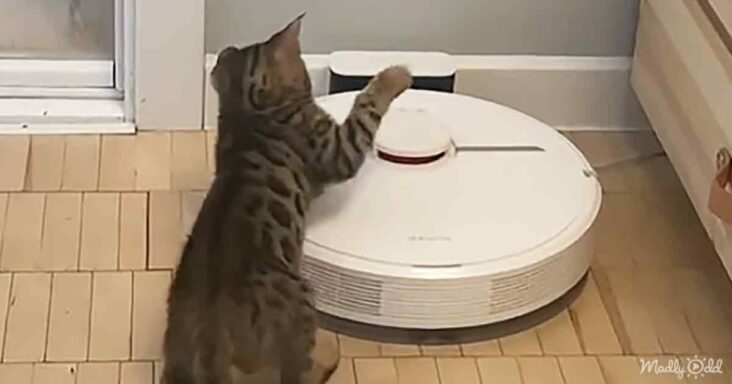 Dogs are known for being friendly, forgiving creatures who rarely hold grudges. Cats, on the other hand, can be pretty vindictive animals! Apparently, even the innocence of youth can’t remove this personality trait. 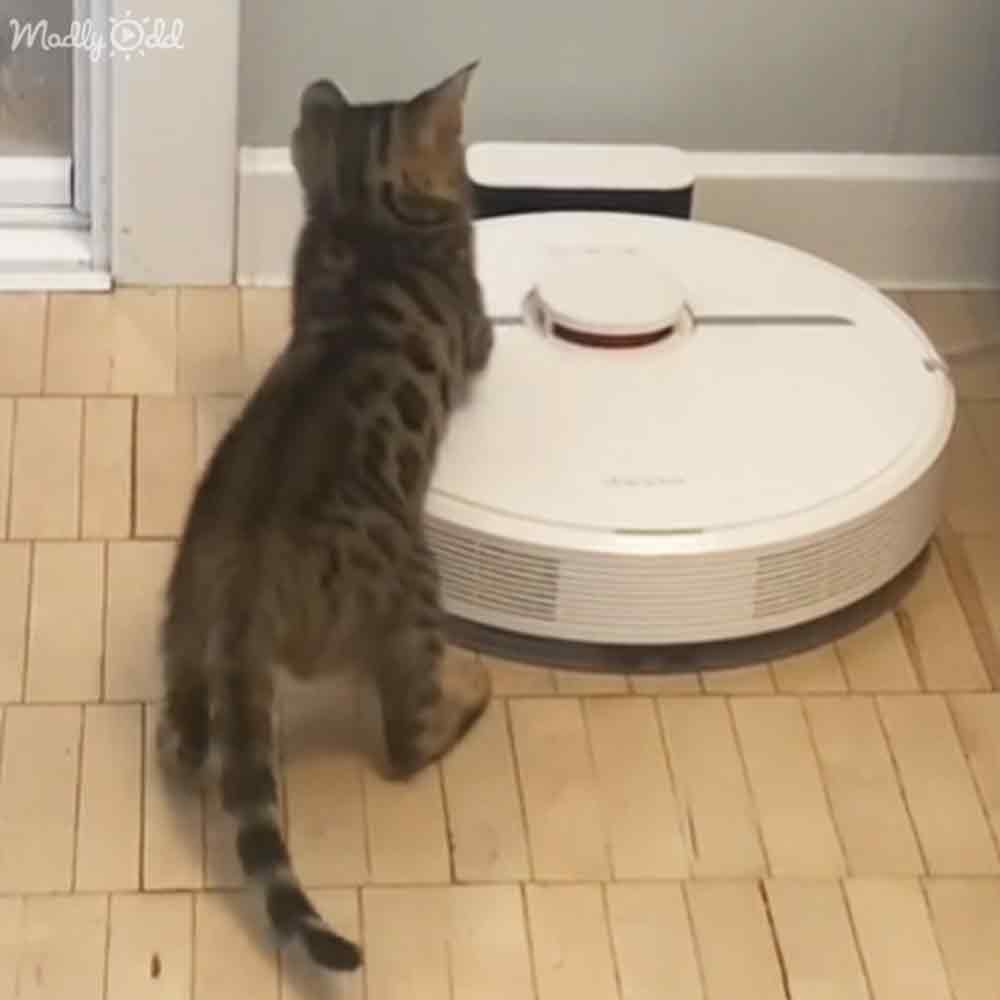 In the video, we see a young male kitten. His name hasn’t been posted, but according to @lana.hidas, he’s around three months old. Despite only being alive for three months, he’s already made a mortal enemy: the Roomba!

Roombas are a type of cleaning robot that people often buy to reduce their routine cleaning workload. These devices can definitely be helpful for busy parents since they clean the floors automatically. However, they made some odd noises; at least, they’re strange to animals. 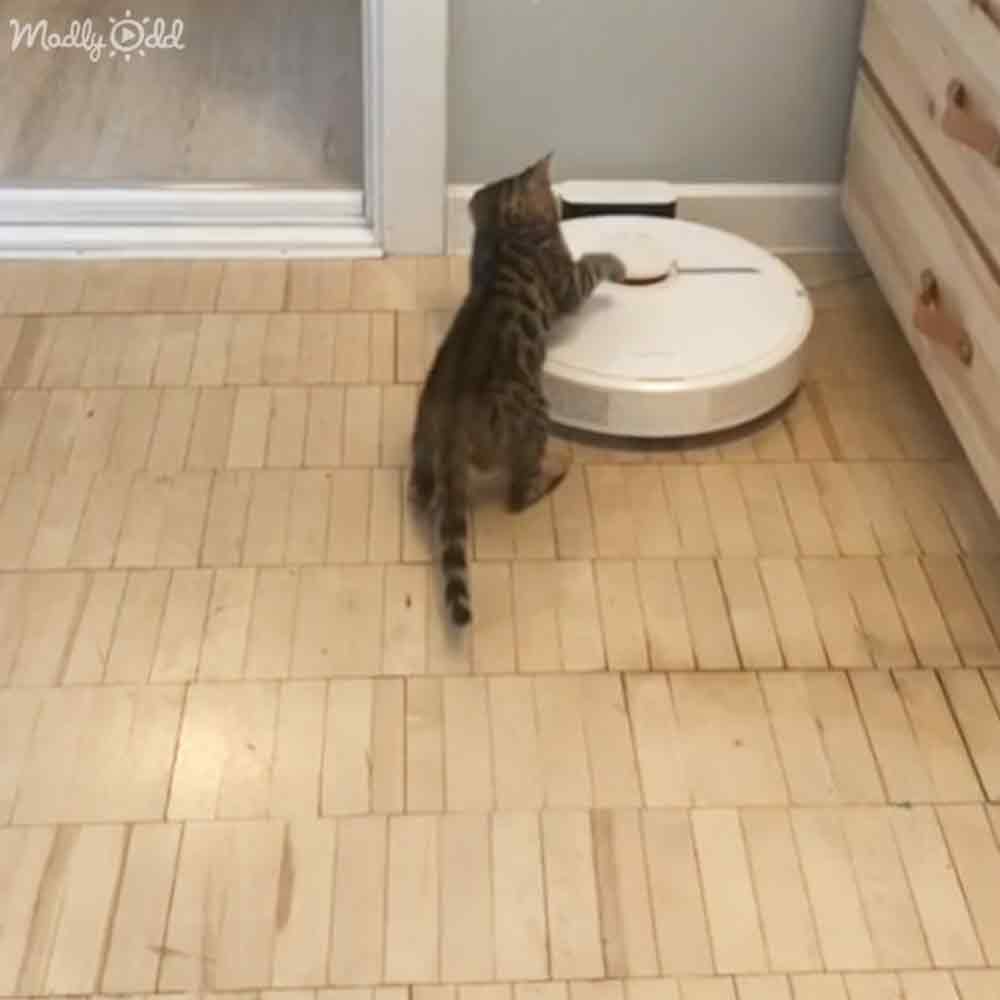 It’s not explained exactly how the Roomba first terrified this cat. Perhaps it was the noises, or maybe the seemingly random movements it made while cleaning. Either way, this cat has decided that they’re enemies.

Now that the Roomba is “sleeping,” our star kitten has returned for revenge. After walking up to it, the kitten starts whacking it repeatedly with his right paw. He doesn’t seem too concerned about it “waking up.” 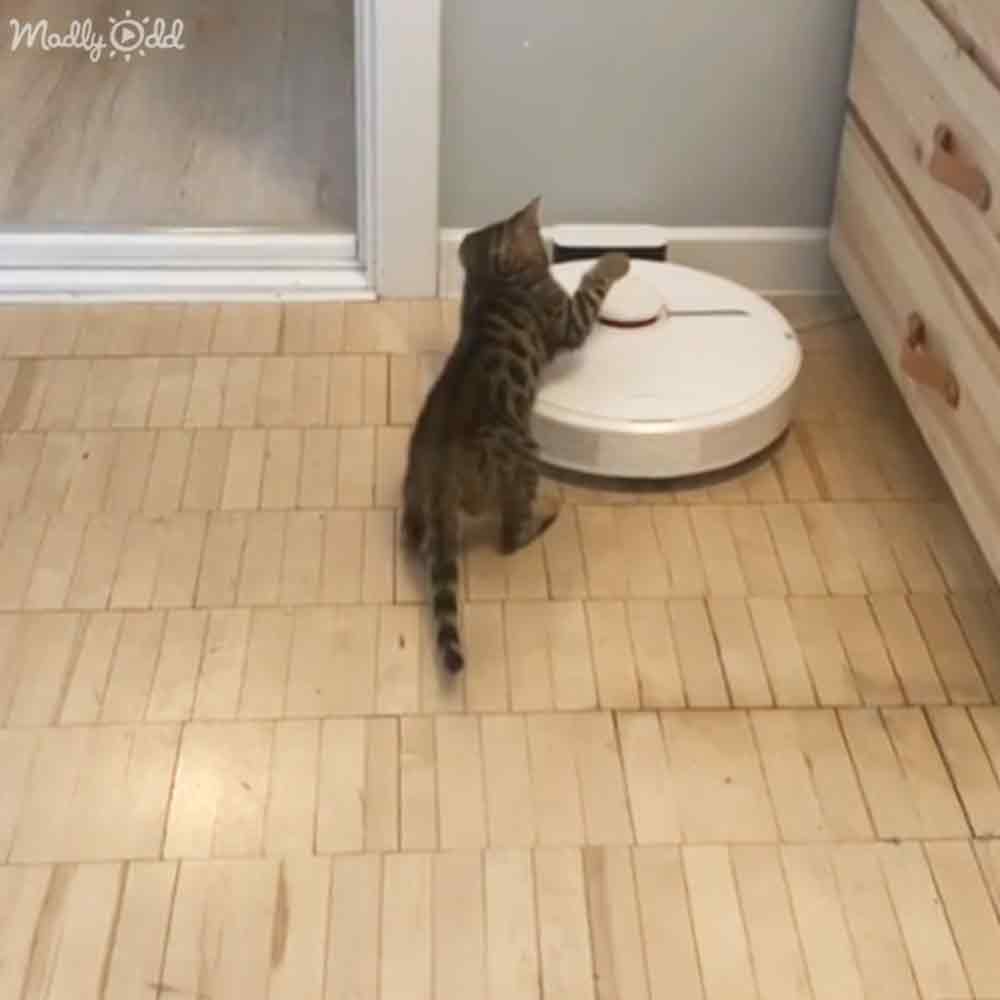 Some users have suggested that @lana.hidas should have turned the Roomba back on. However, the content creator—understandably—didn’t want to scare her beloved pet anymore. This was likely the smart choice.

One commenter mentioned that their cat hates their Roomba so much that he pees on it. We highly doubt @lana.hidas wants to deal with that mess: it’s amusing enough just to watch this little kitten take his “revenge!” 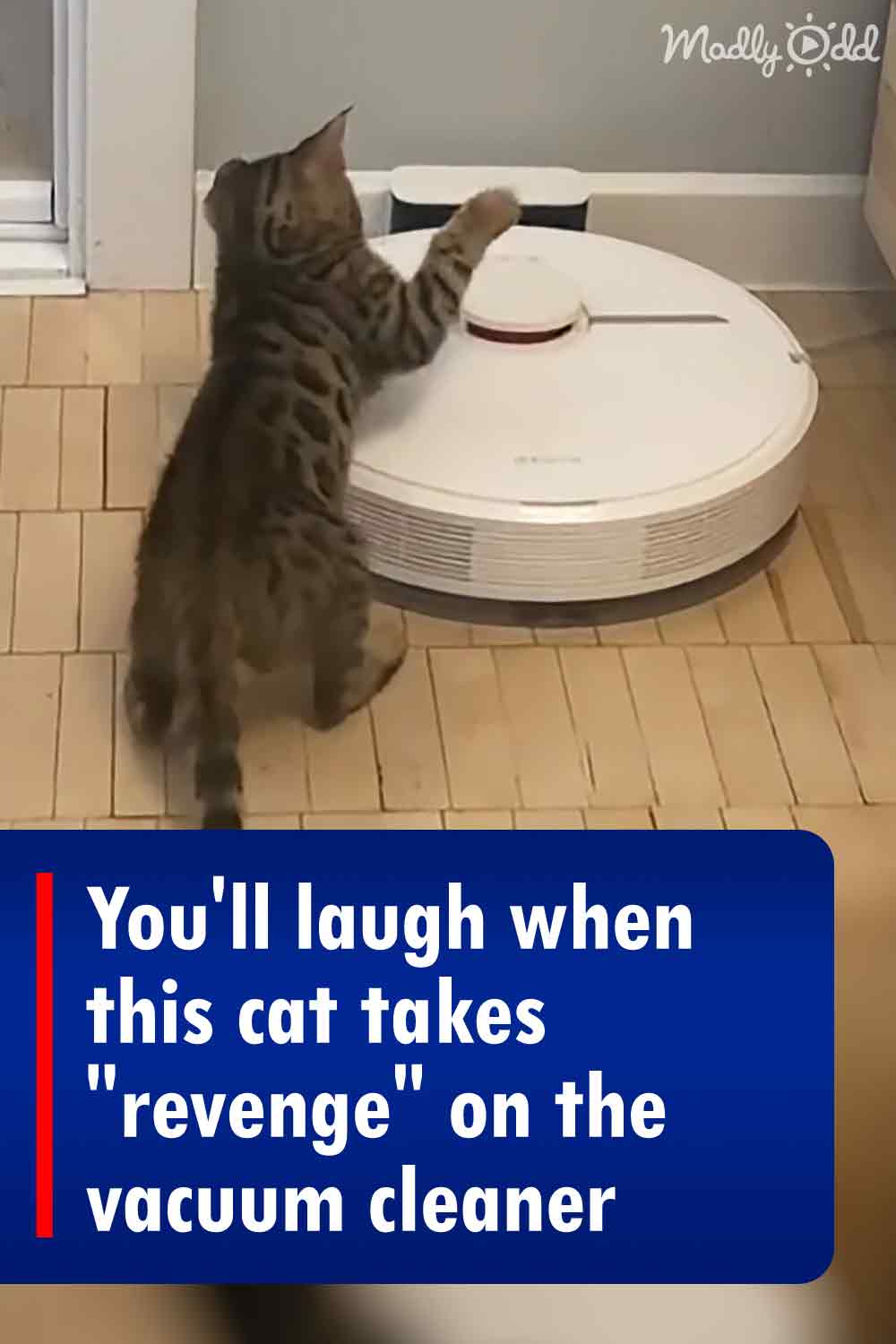