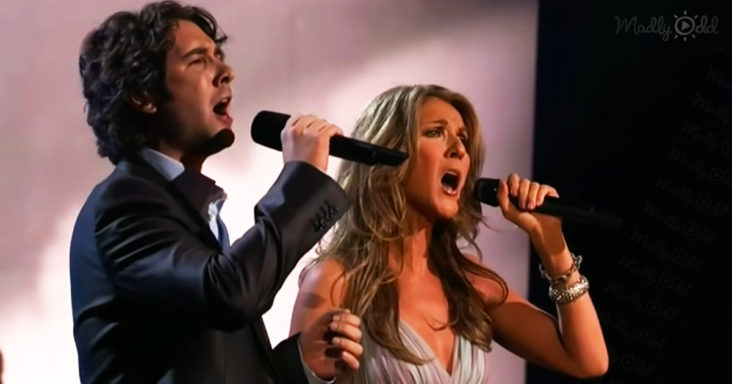 Celine Dion was born in Quebec on March 30, 1968, and comes from a humble background. She wrote her first song at the age of 12. However, she rose to popularity in the ’80s, receiving many awards for her outstanding performances.

Singer Josh Gorban also had a very successful musical career. Both the singers were seen on stage singing the song “The Prayer” at a live performance at Wiltern Theater in Los Angeles, honoring Celine Dion’s ‘That’s Just the Woman in Me’.

Dion shared a charming background story about them meeting each other for the first time. She performed at the Grammys with Andrea Bocelli, but he could not attend the rehearsal. 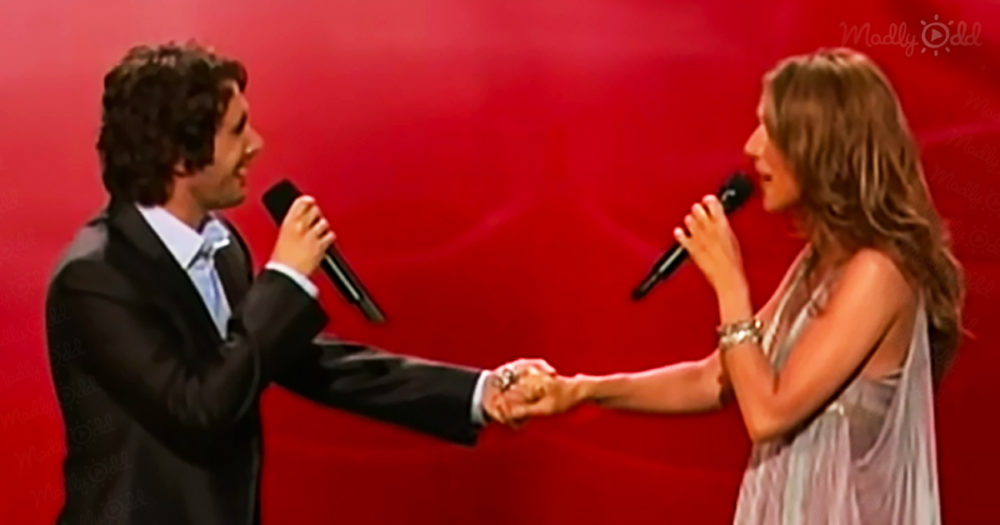 When David Foster, the orchestra conductor, insisted a 17-year-old boy sing Bocelli’s part in the song. She describes the young boy as nervous and jittery for his first performance with her.

After sharing this story, Dion is seen announcing, “The kid is here tonight. Ladies and gentleman, Josh Groban”. This instantly made the audience applaud. The two singers were seen sharing a hug before they sang the song live to an audience this time.