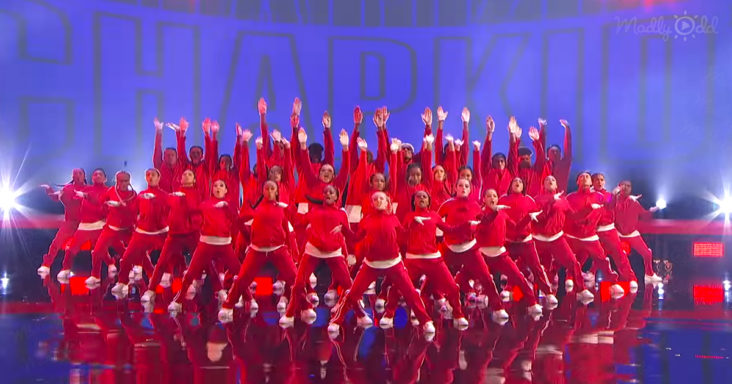 The dance crew known as Chapkidz gave a phenomenal performance on America’s Got Talent. They made use of the entire stage to shake their hips, tumble, backflip, and more.

A mixture of red and purple lights illuminated the stage as the 35 members of the crew took their places. They all wore a bright red outfit with black stripes along the sleeves.

The tracks of their performance were ‘Gasolina’ and ‘Con Calma.’ Two very upbeat songs that were perfect for their energy and talent. Chapkidz began their dance, and the audience cheered them on. 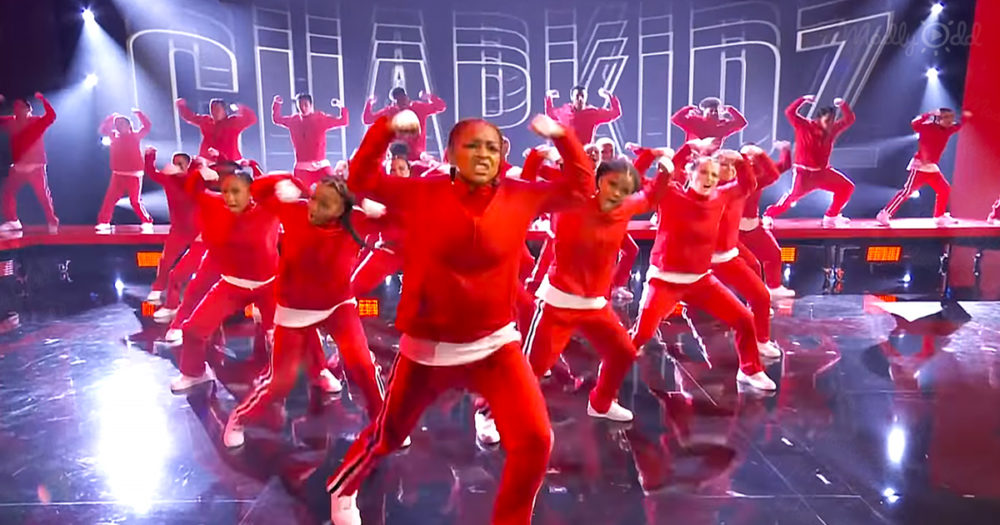 The expressions on the dancers’ faces reflected their passion and loving attitudes. It is an incredible routine, especially for the number of people they have in their group.

Chapkidz dances with perfect synchronization and precision. The audience is on their feet, clapping along to the music. In his seat, Simon Cowell bobs his head and smiles.

Smoke and sparks shoot out from behind them during the performance. For two minutes, their crew performs nonstop, and they maintain the same quality from start to finish.

They end the performance by flipping and landing on their backs. Except for seven members who stand at the back with a letter written on each of their shirts. Together they spell out “FINALS?”