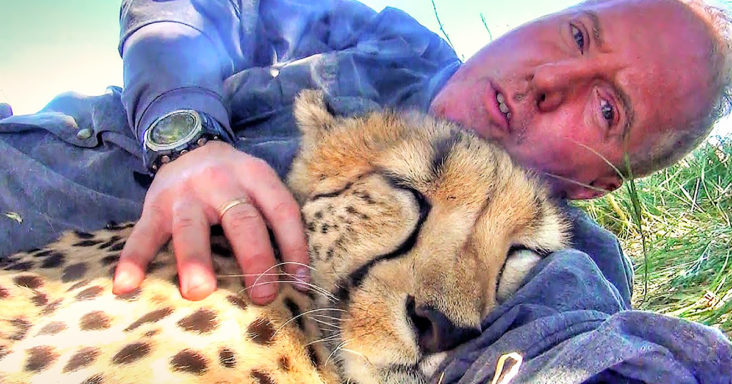 Dolph Volker works as a photographer in the U.S. During his vacations, he volunteers at the Cheetah Experience in Bloemfontein, South Africa. This is a non-profit organization that is involved in breeding endangered species. 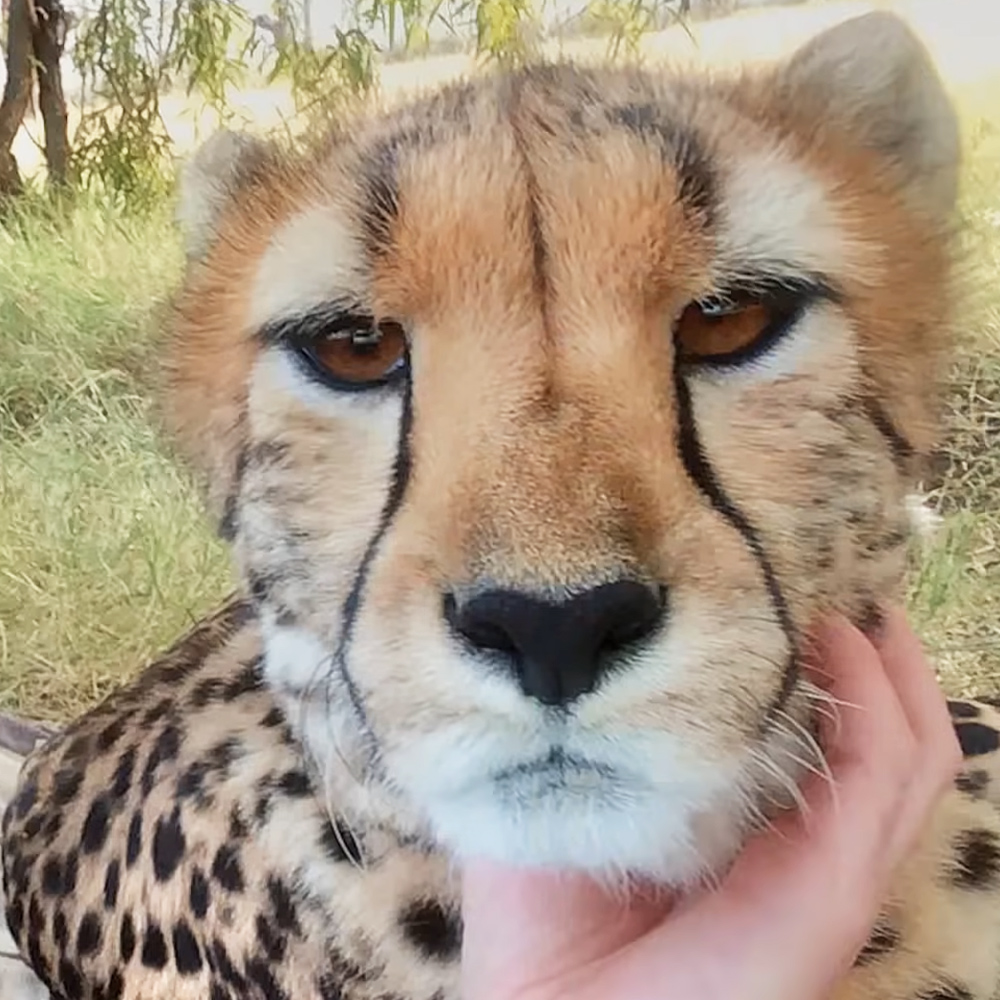 The organization is involved primarily with big cats such as cheetahs. Since they are born in captivity, these endangered animals are domesticated here. As a result, they are left free in the reserve landscapes living a protective yet free life.

Dolph realized his passion for saving these endangered animals when he saw his dog die. He took a different path in life and chose wildlife photography. He soon started to volunteer for the organization in Africa, which saved the endangered species. 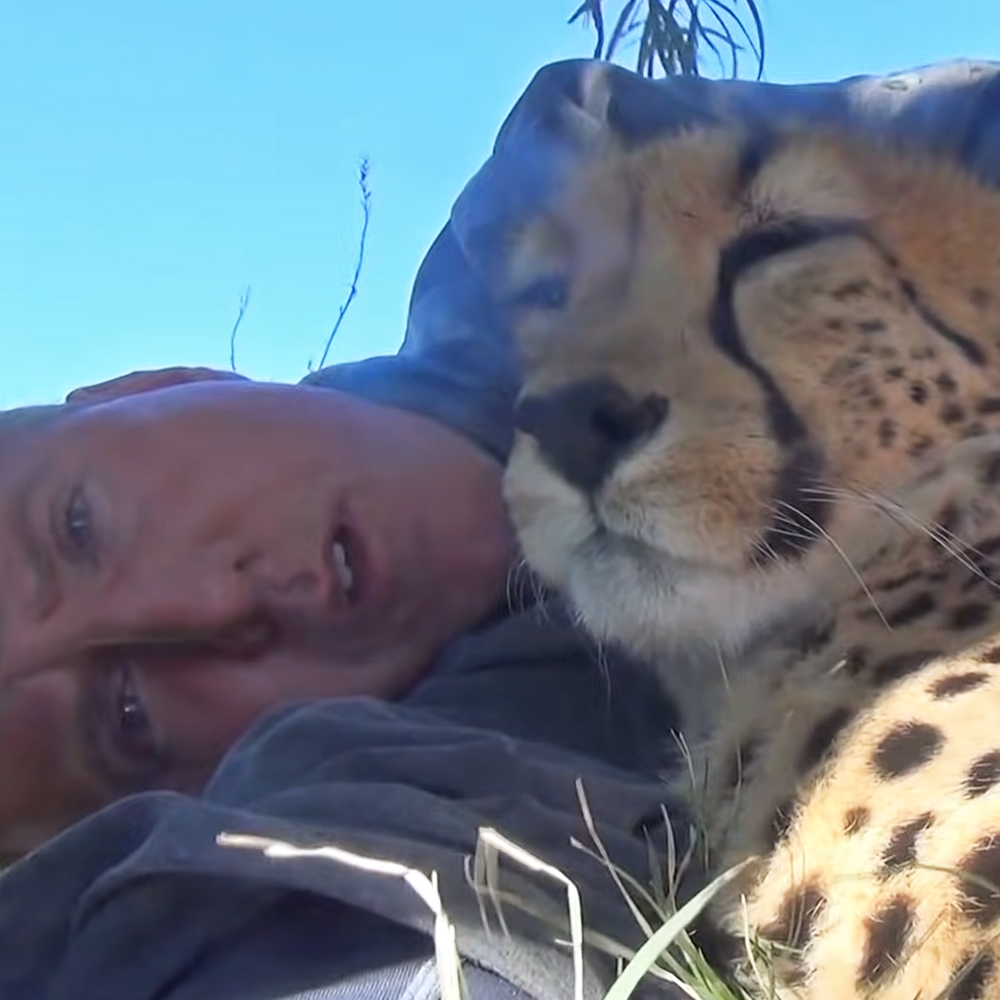 Dolph quickly bonded with two Cheetahs, and one of them was quite lovely and beautiful. Eden, the female Cheetah, was in fantastic condition and was very comfortable and friendly with him.

Eden walks up to him and begins to lick him as he lays under the tree. The Cheetah even tries to bite, pacify & purr at Dolph as if he was another cheetah. 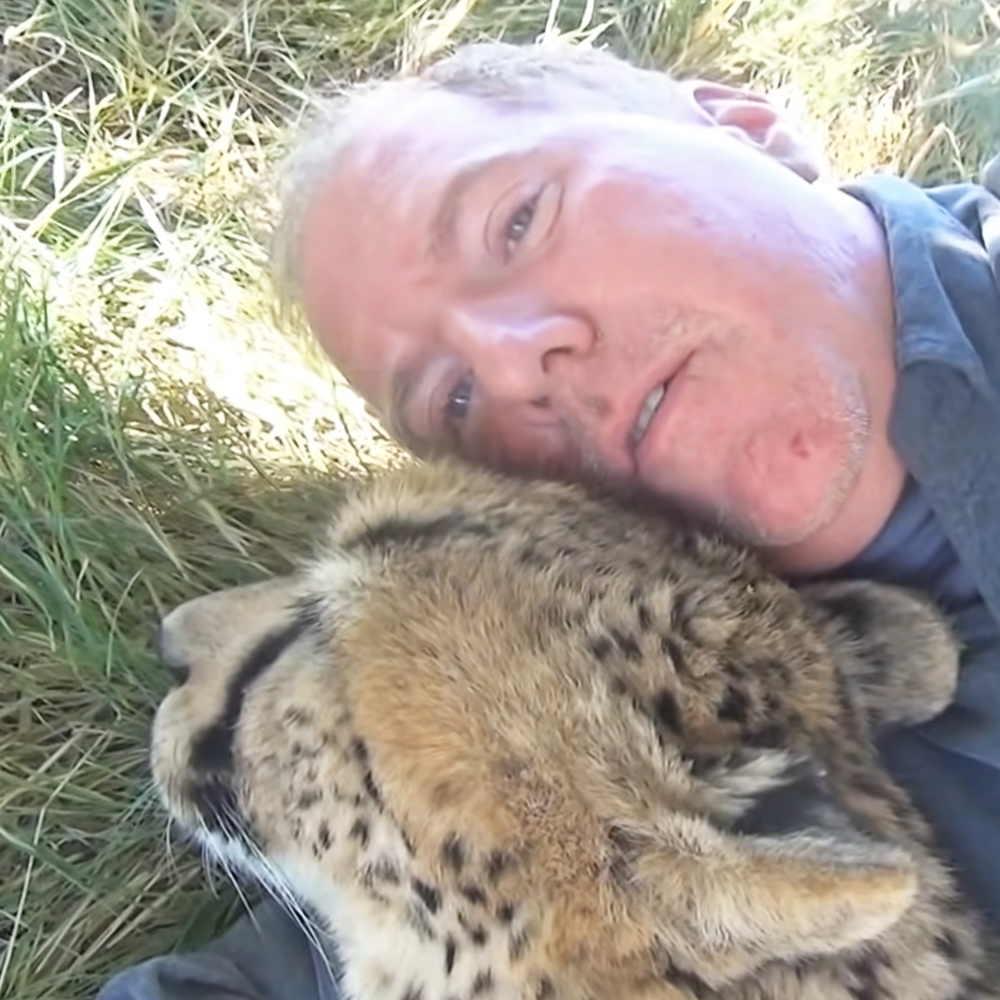 Later Eden falls asleep comfortably in Dolph’s arms under the shaded tree. This shows that Eden trusts Dolph with all her heart and loves him a lot. She seems relaxed around him as she holds Dolph’s arm with her paw and sleeps peacefully.

Eden is not a part of the breeding program anymore. Instead, she has become a therapy Cheetah for her friend Faith, who is handicapped and has suffered from spinal meningitis since her childhood. Dolph thinks Eden would have been a great mother. However, he is glad that she is helping Faith in her own way.