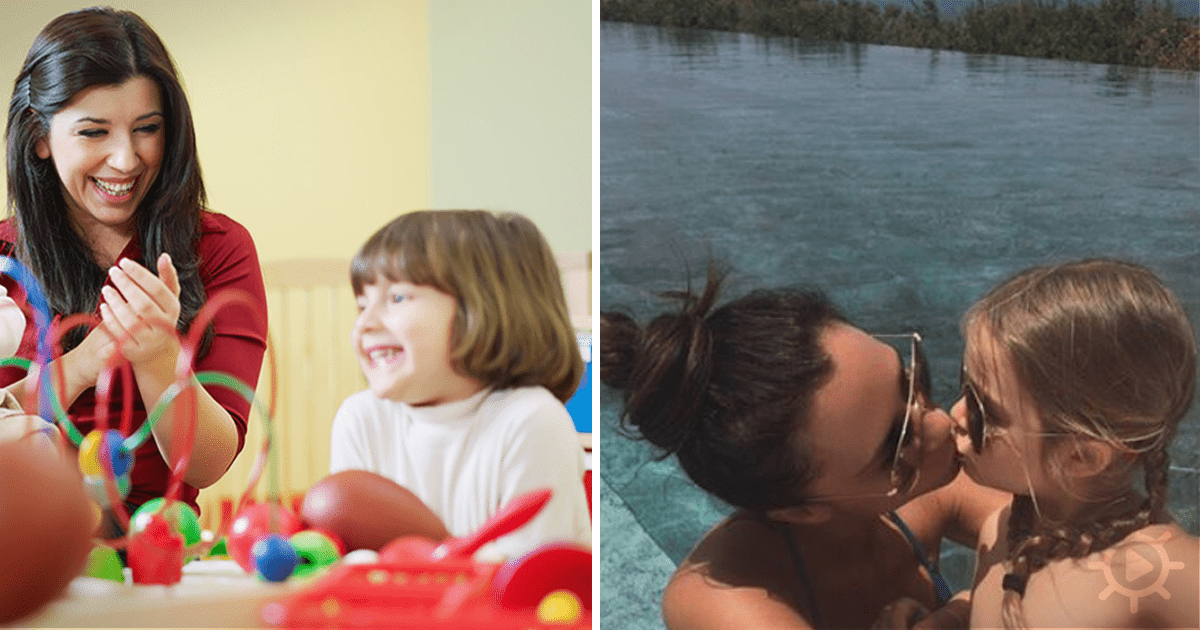 Parents like to show their kids their love, typically with a hug, a pat on the head, or a peck on the cheek. But what about a kiss on the lips? Most parents (and kids, too) would recoil from the idea, but among psychologists, there’s no agreement on whether it’s okay.

The controversy was recently in the news thanks to Victoria Beckham, former Spice Girl and wife of soccer superstar David Beckham. She posted a photo on social media of herself giving her daughter a kiss on the lips. Debate raged across the internet: was this a normal, healthy expression of maternal affection or was it inappropriate? Child psychologist Charlotte Reznick thinks kissing your kids on the lips is a bad idea. “If you start kissing your kids on the lips, when do you stop? As a child gets to four or five or six and their sexual awareness develops, the kiss on the lips can be stimulating to them.

People don’t like to hear this but the lips are an erogenous zone and feel-good chemicals that are associated with sexual arousal — including serotonin and oxytocin — are released through lip-kissing. Babies and young children aren’t thinking about their sexuality, but they are still being stimulated.”

Speaking for the other side, psychologist Sally-Anne McCormack thinks it isn’t necessarily a problem. “There’s absolutely no way that kissing a young child on the lips is confusing for them in any way. That’s like saying breastfeeding is confusing. Some people might have issues with it, but it isn’t any more sexual than giving a baby a back rub.”

What do you think? Is giving your child a kiss on the lips an appropriate way to show them you love them? Do concerns about it reflect society’s sexualization of children? Or do you think it’s just not the right way to show you care? Let’s hear from you in the comments at Facebook and be sure to like and share!