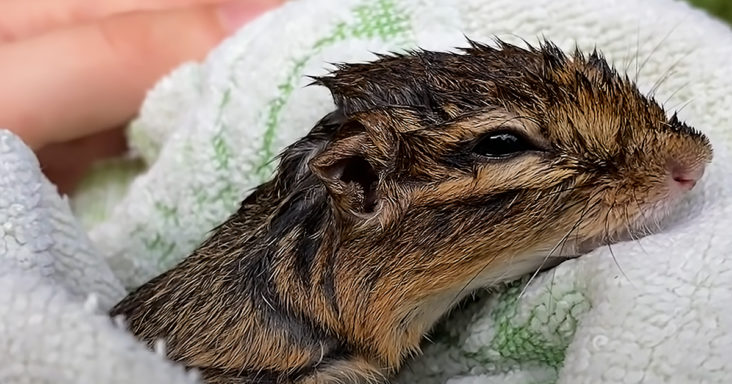 Krissy, a teenage girl, finds something small moving around in the kiddie pool. She instantly knew that she had to save the little animal from drowning. But, unfortunately, even if there was not much water in the pool, it was enough for the chipmunk to drown in it. 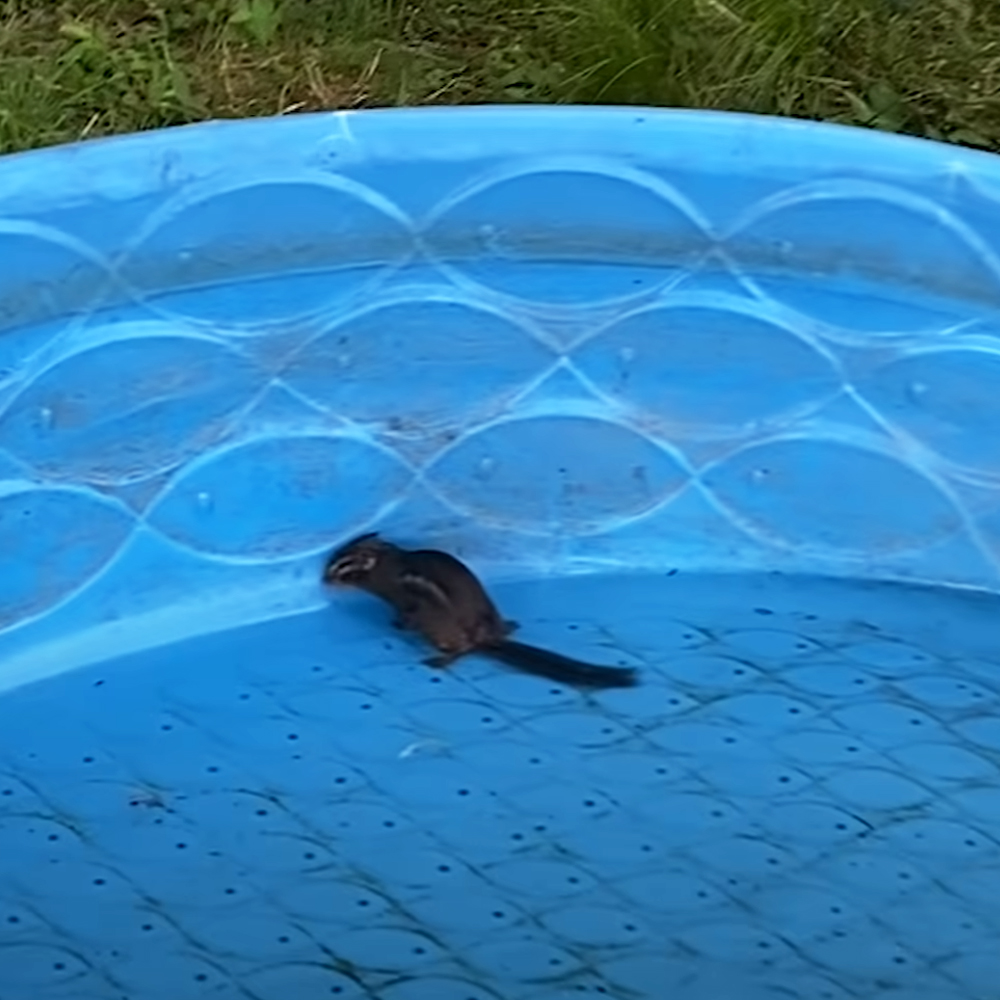 Krissy could not understand at first that the animal was a chipmunk because the little one was saturated with water. However, luckily, he was alive. So, Krissy puts the animal in a towel to dry him.

The chipmunk, which Krissy later named Chippy, knew she would not harm him and sat quietly in her palms while she dried him. Finally, she put him in a nice box and had a dry towel wrapped around him. 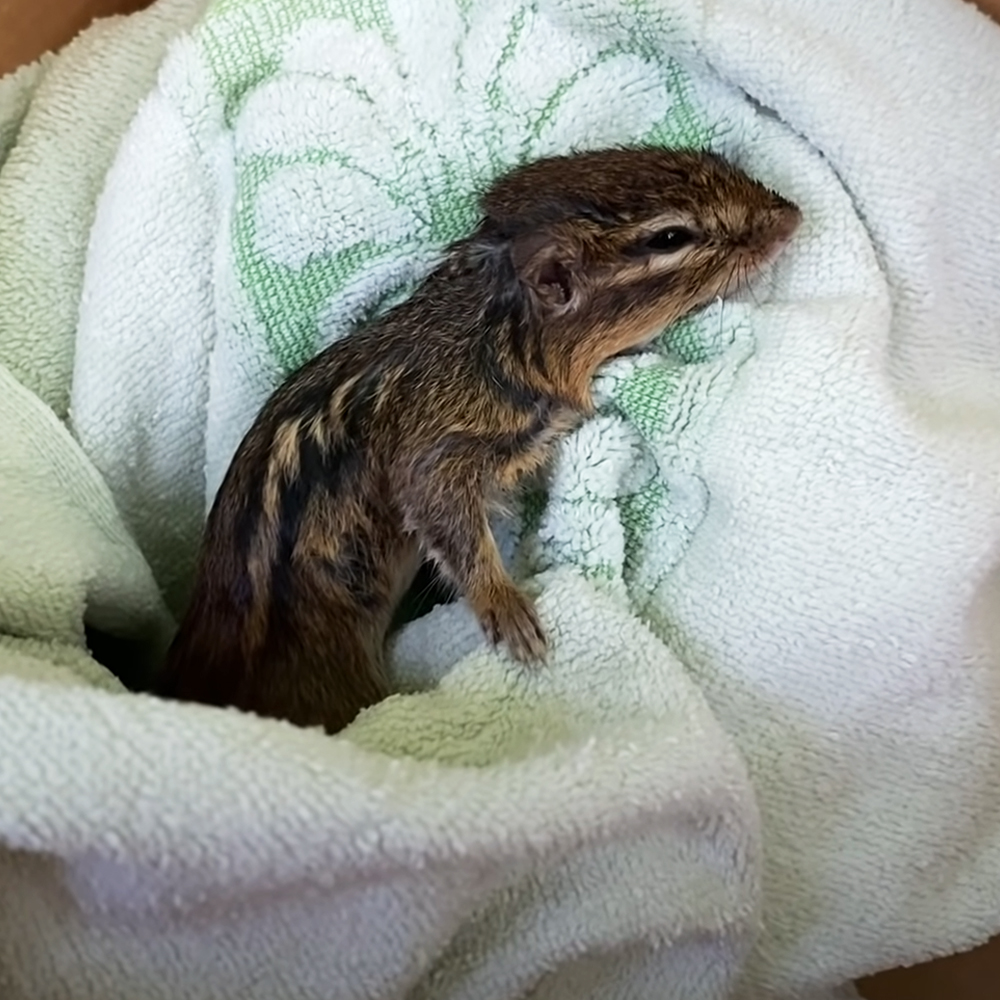 Then Krissy called the local wildlife rehabilitator to ask what could be done to save Chippy. The rehabilitator told her that he would be fine and asked her if she had something to feed the animal.

Krissy gave the chipmunk some duck food and water in the cardboard box she made for him. The chipmunk was doing good for a while but soon started to shiver. 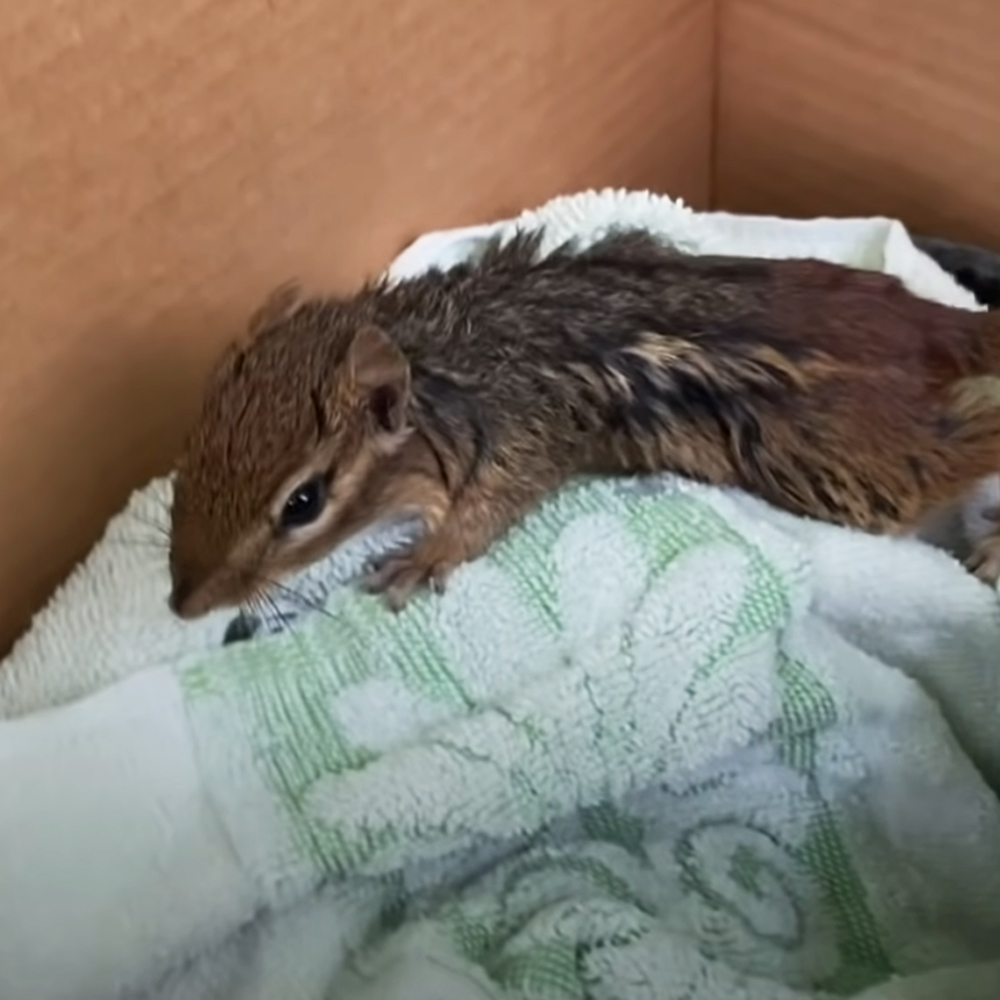 Chippy started to move around, and after half an hour, he began to eat and drink water. This was when Krissy went out to free him. After that, he happily went back to his home in the woods. Krissy still meets him every day. She knows that he still recognizes him because he pauses for a while when the chipmunk sees her. Krissy is happy that she could save a life.