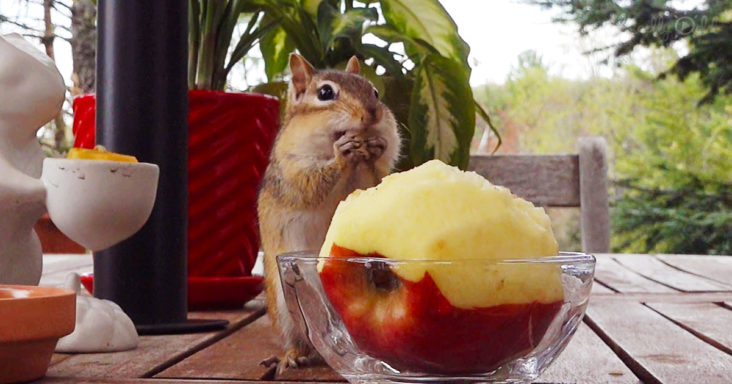 A homeowner has a group of chipmunks living in and around her backyard. Knowing this, she decided to see what would happen if she left an apple outside on the table for them.

The result was a delicious and welcomed snack for her backyard friends. She set up a small camera to capture the moments when the chipmunks arrived to investigate the apples.

Several chipmunks arrived first-tentatively – they approached the apple, looked at it, smelled it, and then took the initial bite. From there, their confidence grew. 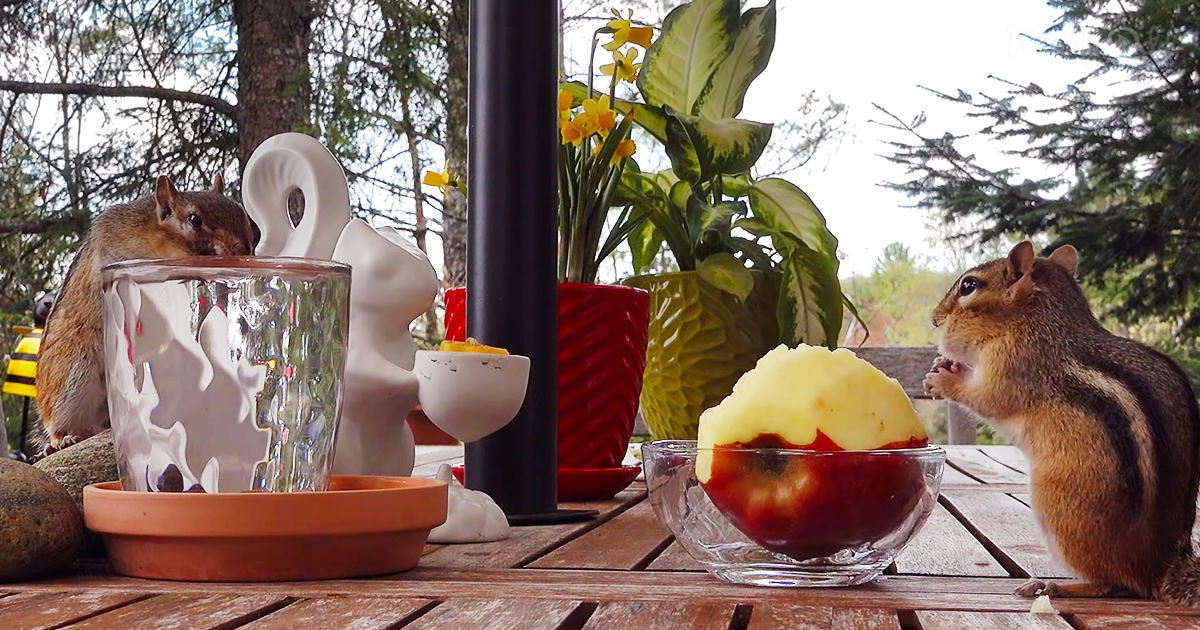 One at a time, each chipmunk tasted the apple and enjoyed small bites. The video captures them chewing the delicious snack. When they bite too big of a piece, they store it in their big cheeks.

The homeowner was also kind enough to leave a small bowl of water outside for her chipmunk friends. The chipmunks alternated between eating the apple and taking small sips of water.

Overall, it was an enjoyable day for the chipmunks and a delicious snack for them as well. It is reasonable to believe that homeowner will most likely leave fruit outside for them in the future.

There are many reasons to watch chipmunks in their element. They are adorable little animals, and watching them eat their apple treat will put a smile on viewers’ faces every time.