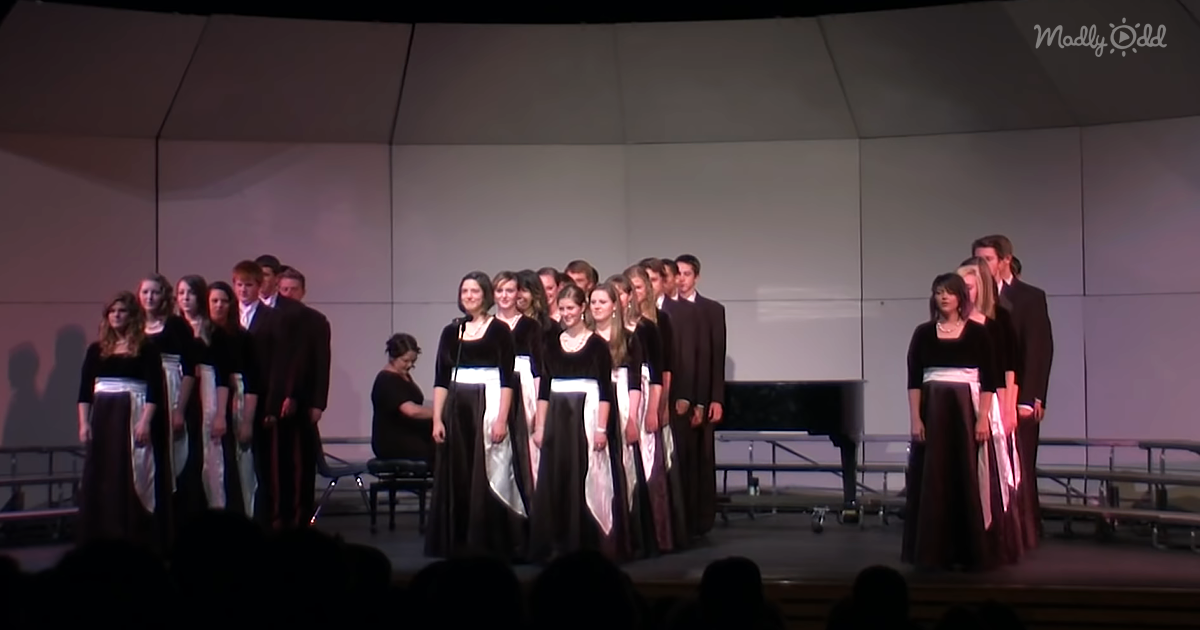 If you imagine yourself at a horse derby, you’ll likely think of the classic song, The William Tell Overture, also known as the Lone Ranger theme song. The Timpanogos High School choir reimagined this timeless tune and performed a hilarious scene to complement they’re a Capella singing of this song.

Students set the scene by standing facing away from the audience. They proceeded to spin around and face the audience while singing the theme song a Capella, but with a twist. Instead of simply using their voices to perform, the students acted out a scene as if they were at a horse derby.

Throughout the song, the students rode imaginary horses, used their hands as binoculars, and played the part of fancy derby-goers. As their performance continued, the audience burst out into laughter and amusement from the unexpected sight they were witnessing.

There’s always a way to change up something classic. The Timpanogos High School choir did exactly that. Nobody expected their a Capella performance of the ‘Lone Ranger’ theme song to be such a success, but because of their imagination and creativity, it was an instant hit.