When MadlyOdd.com fans first saw Christina Wells perform on June 5th of America’s Got Talent they were floored. The mild-mannered nurse is back again and she’s got what it takes to move Simon to tears.

Indeed, when she first walked on stage just a few weeks ago, they chuckled, judging a book by its cover, but when she finished singing, the judges and the audience knew they had a best seller on their hands. Well, folks, she did it again.

On Tuesday’s episode of America’s Got Talent, our regular cadre of judges: Simon Cowell, Mel B, Heidi Klum and Howie Mandel were joined by guest judge, Ken Jeong and what the witnessed was nothing short of breathtaking.

Christina Wells delivered a smashing rendition of ‘Never Enough’ from the movie ‘The Greatest Showman’ (That’s one you might want to put on your NetFlix watch list for later, btw. It’s a very entertaining movie/musical about PT Barnum of the same circus fame.)

Christina says she decided to become a nurse but was always drawn to music and singing like a kindred spirit. And as a single mom, she strives to be an inspiration to her sons and they, too, share her love of music.

In a tearful exchange between contestant and judge, she confessed she has been bullied due to her weight and denied job opportunities.

Yet despite it all, she has held her head high and rightfully so! For Christina is a beautiful soul with a beautiful voice, and dare I say, she looks fabulous standing on stage before the world. She is my hero not just for her stage courage, but her real-life courage as well.

A nurse by day a singer by night, Christina, who is 43 years old also helped evacuate hospitals and patients during Hurricane Harvey, getting them out of harm’s way and ensuring they had the care they needed. Impressive lady, indeed.

In this astounding vocal performance below, you’ll feel her spirit and her soul as she sings an incredible rendition of ‘Never Enough’. Right now, she is one of just 20 acts who is competing for just seven remaining slots.

Now watch what happens when Christina reprises her role once again. Is it any wonder Simon and his panel of judges lept to their feet in a standing ovation? Watch and pass this video along to a friend when you’re done. 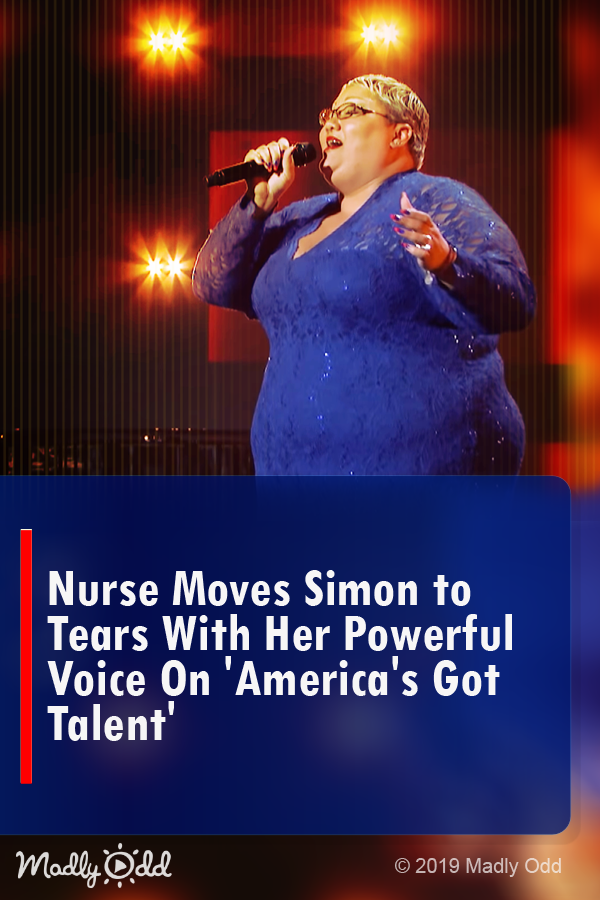