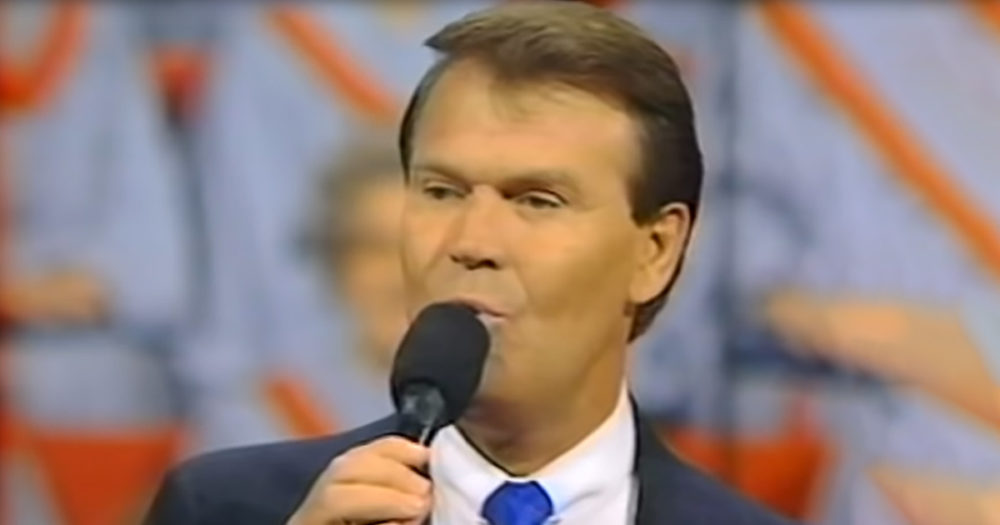 Glen Campbell is known for a variety of talents including, singing, playing guitar, hosting television shows, and more. In Arizona, at the North Phoenix Baptist Church, Campbell took the stage to perform a stunning rendition of “In The Garden.”

With lyrics like “I come to the garden alone, while the dew is still on the roses. And the voice I hear falling on my ear, the song of God discloses, and He walks with me.” It’s hard not to sing along with the moving words.

That’s just what the audience does during this 1988 performance. Towards the end of the song, everyone joins Glen to belt out the last chorus. It’s such a powerful moment to witness, and we imagine it was beautiful to be a part of.

While Glen is no longer with us, his performances capture the essence of who he was as a person. He was an inspirational leader who loved to spend his time worshiping the Lord with everyone around him. 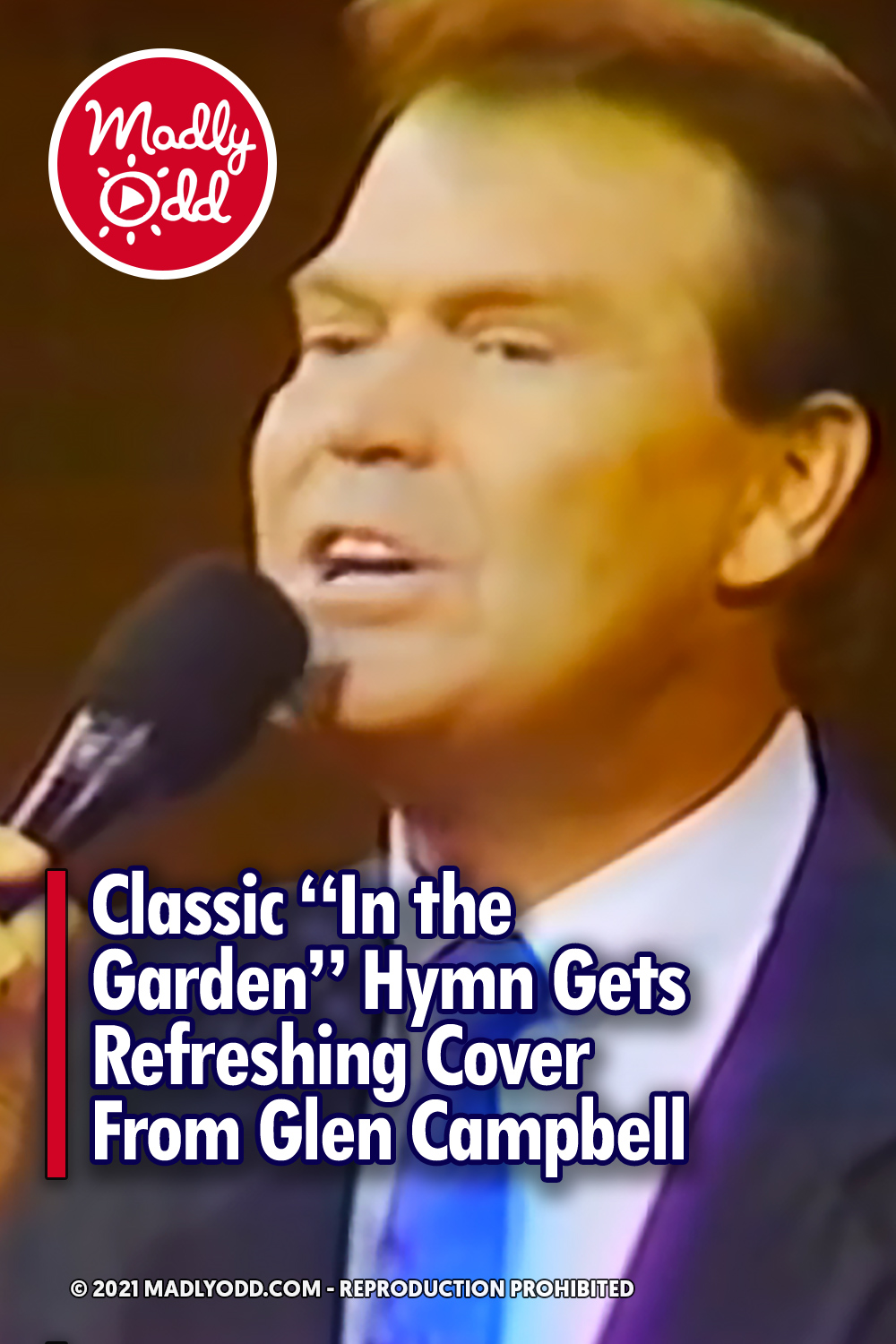