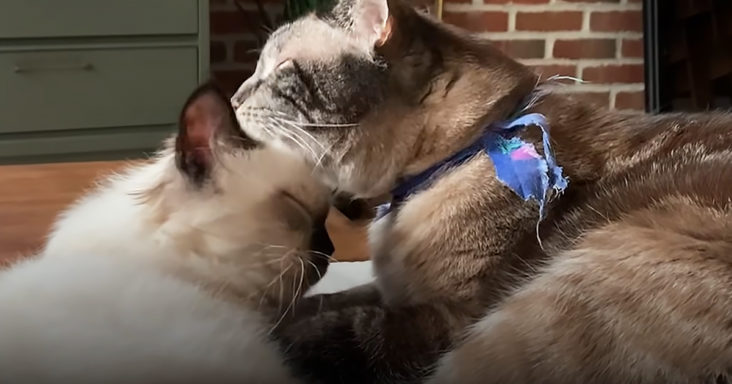 When Tyler, a resident of New York, got a Himalayan kitten, he was not sure if he could get another cat. The cat was very adorable and instantly grew fond of his new dad. Tyler found that Himalayan cats were usually very docile and relaxed. 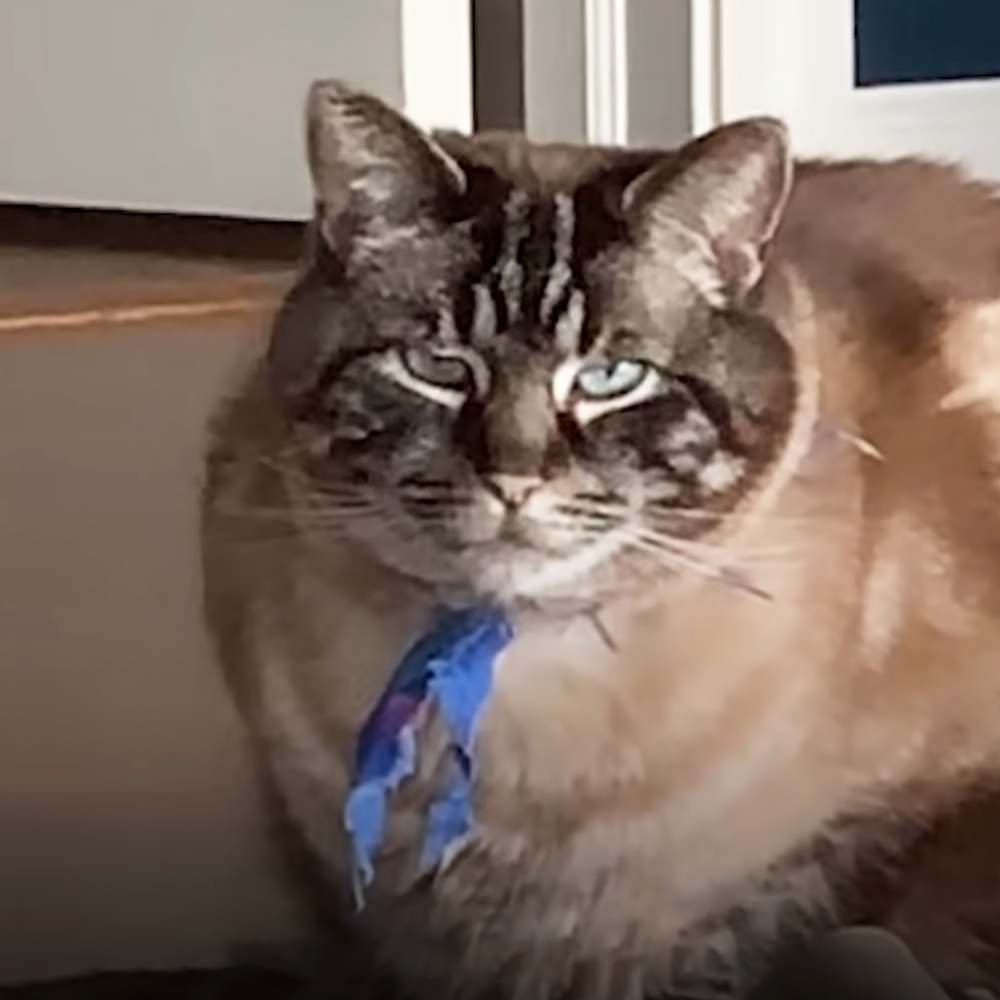 However, Tibbs was the complete opposite. He would slap his dad when he wanted to show he was boss. The kitten would roam around the entire house, messing around with things and running around the whole apartment all day.

Tyler understood that being a dad was a lot of work. He had got a second pet because he thought his first cat, Toulouse, could raise him. However, the adult cat was skeptical about this. 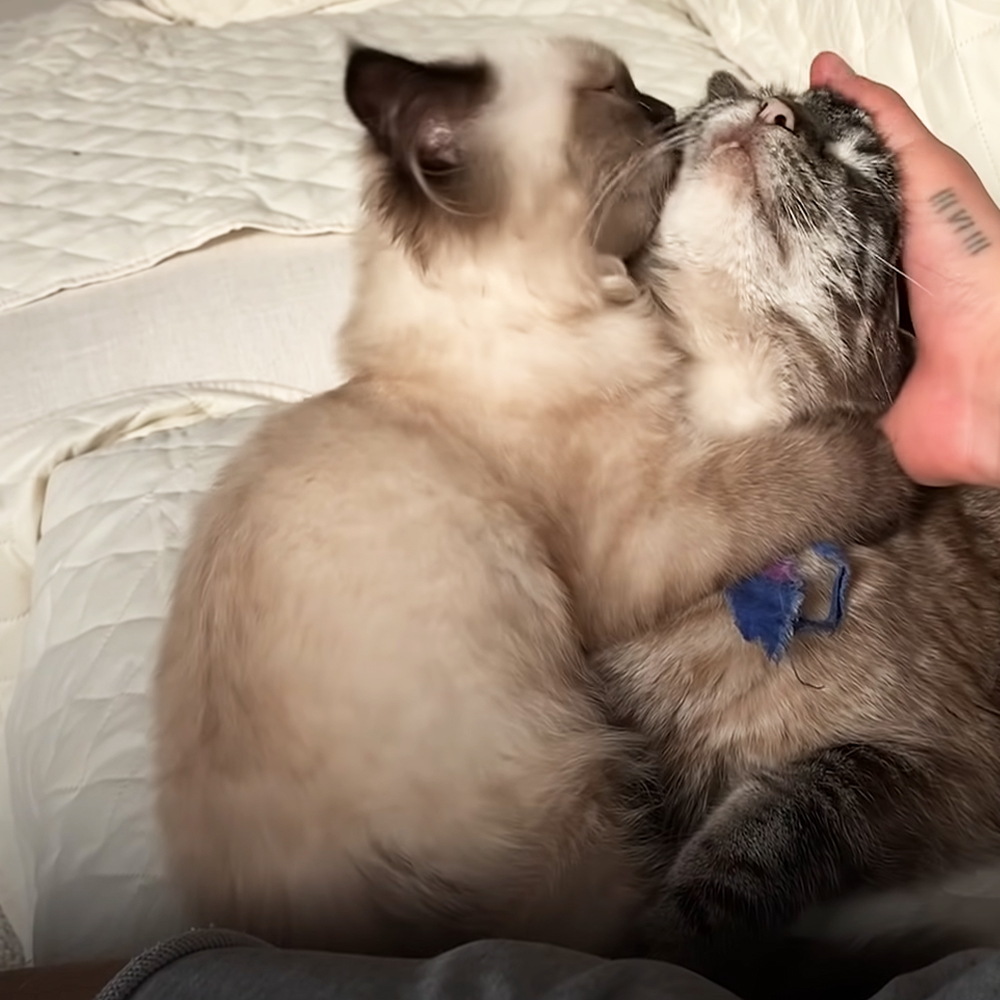 Even he was not sure about what precisely the little kitten was. Tibbs would constantly try to pounce on Toulouse. He never wanted to leave his elder sibling. Toulouse, on the other hand, was very clingy as a cat.

He would get upset whenever his dad left him. He would always want to be beside his favorite human and would not leave him at all. Tyler soon realized that it might be that his pet cat was suffering from separation anxiety. 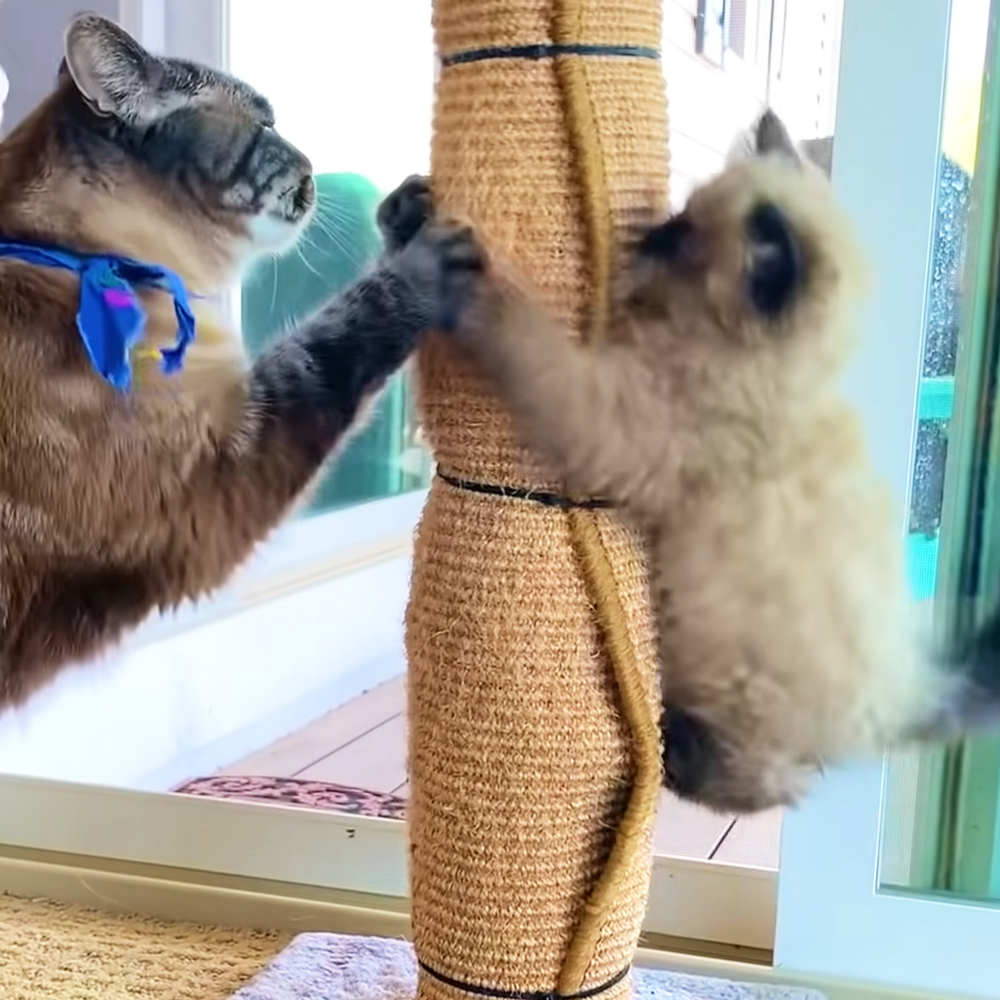 This was one of the reasons why he got a second pet. He knew Toulouse needed someone to be around him all day. Tyler’s pets soon got comfortable in each other’s company. Whenever Toulouse felt that Tibbs was stinking, he would start cleaning him.

Tibbs soon grew up and now was capable of playing with Toulouse. Suddenly, Tyler found that both his pets behaved like brothers. Tyler believed that Tibbs had helped Toulouse a lot with his separation anxiety. Tyler was grateful that he had two lovable cats.