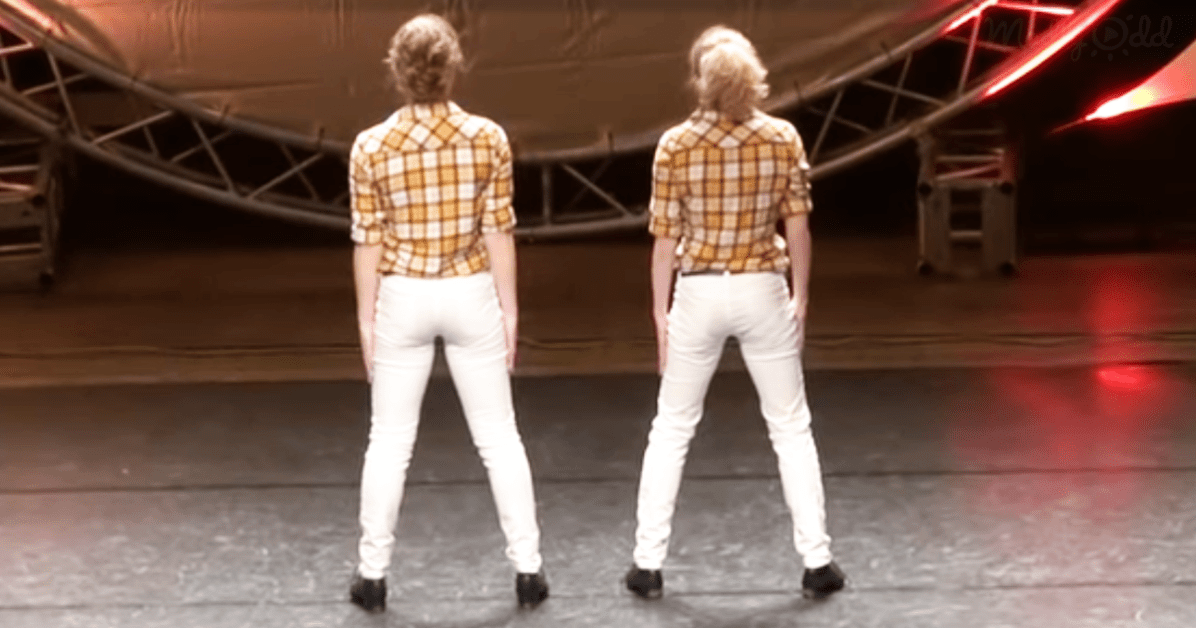 In this video, Morgan and Madison were dressed in white pants and plaid shirts.  Their backs were to the audience as the music started.  They turned to the crowd, and their feet took off flying.

The crowd instantly started cheering and clapping along.  They were perfectly synchronized together as wove in and out of their clogging routine.  It was absolutely spell-binding.  You can definitely tell a lot of hard work and practice went into this routine. 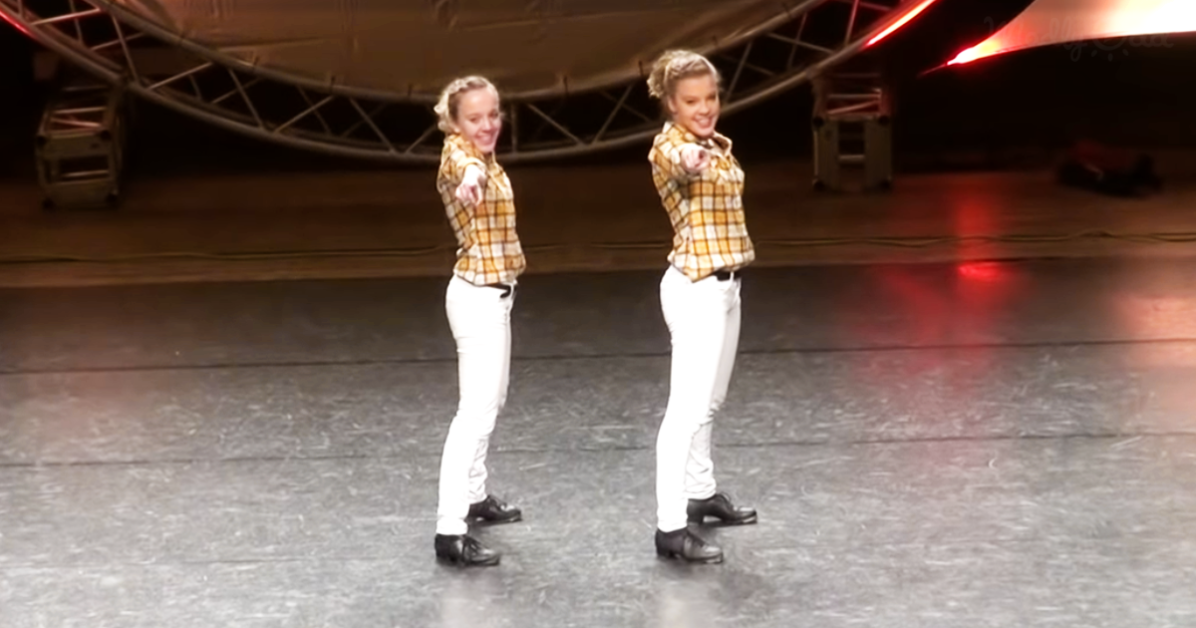 Tapping and clogging are similar in the fact they both are based on European folk dances that English, Irish, and Scottish settlers brought with them to the U.S. in the 1700s and 1800s.

When the dance style “clogging” is mentioned, what comes to mind? Undoubtedly, you think of two Dutch girls in traditional costume and wooden clogs, right?  Well, that is definitely not accurate.  In fact, clogging is very similar to tap dancing; so much so, that it often gets confused for tapping.

Clogging in the U.S. began in rural Appalachian Mountain areas, and since people in that area didn’t travel much, the dance style stayed pretty close to its original roots.  It is actually the “official” state dance of Kentucky and North Carolina.

There are a few major differences between tapping and clogging.  First of all, cloggers wear different types of shoes than tap dancers.  Some cloggers even have a metal piece over the toe of their shoe to produce some different sounds.  Cloggers also tend to use more heel steps – opposite to tap dancers who usually dance on the balls of their feet.

Competitive clogging is gaining popularity it the U.S.  At a well-known clogging contest called the Showdown of Champions in Knoxville, TN, two girls stood out and went viral.  Madison and Morgan teamed up to perform a fast-paced routine to Keith Urban’s song “Hit the Ground Runnin’” – a very fitting song in this case.

If you were impressed as much as we were, please share their clogging routine with your friends.