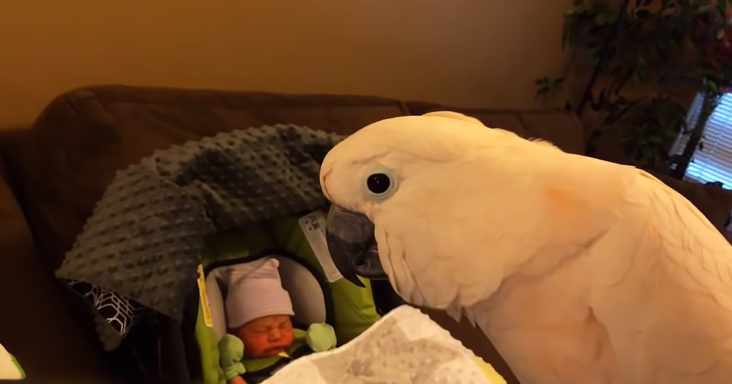 Katie Vannoy loves her pets and would move heaven and earth for them. She recently gave birth to a beautiful baby boy who she named Oliver. The baby was healthy, and Katie was doing fine as well. 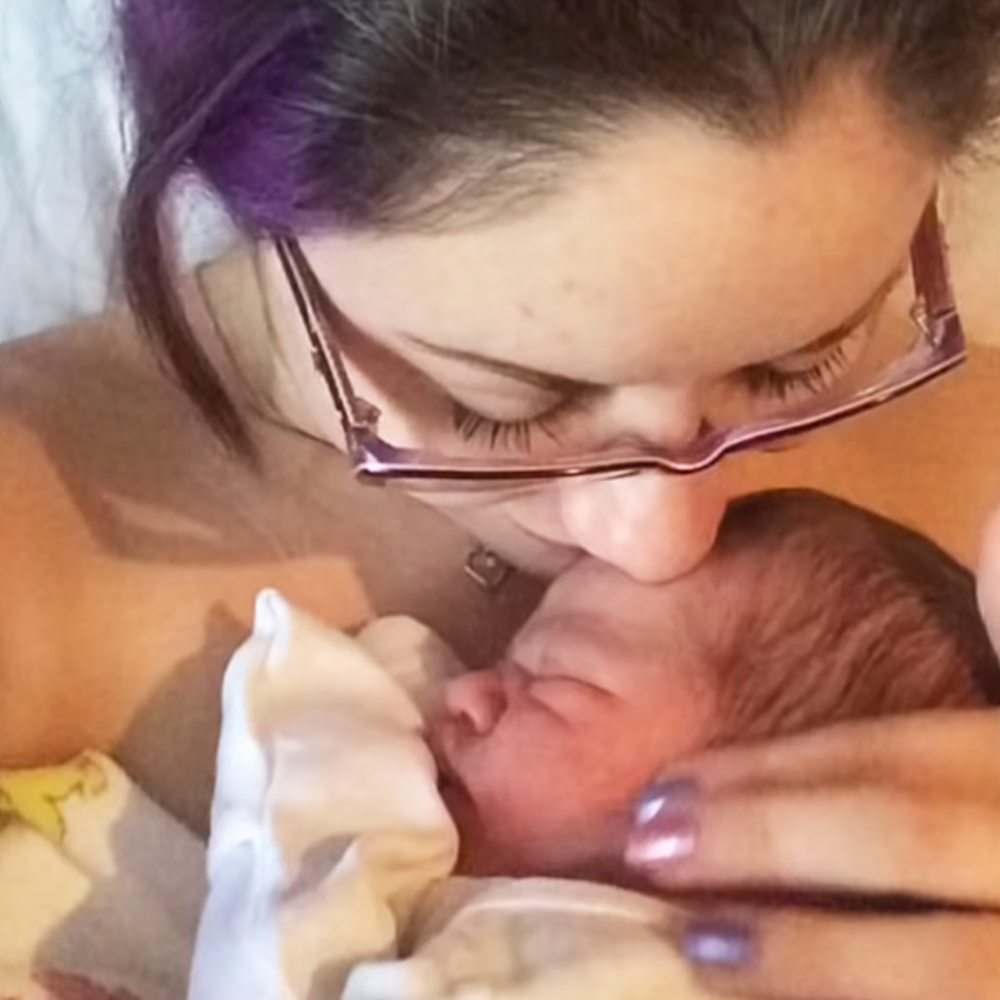 She was released from the hospital one day after the birth of Oliver. Katie and her hubby decided to let the birds meet the newborn baby first when she reached home.

She got Gotcha, the Moluccan cockatoo, out of the cage and told him about the little baby. Gotcha was unusually quiet and looked really curiously at Oliver. Even Letty, the African Grey parrot, did not know what to do about the situation. 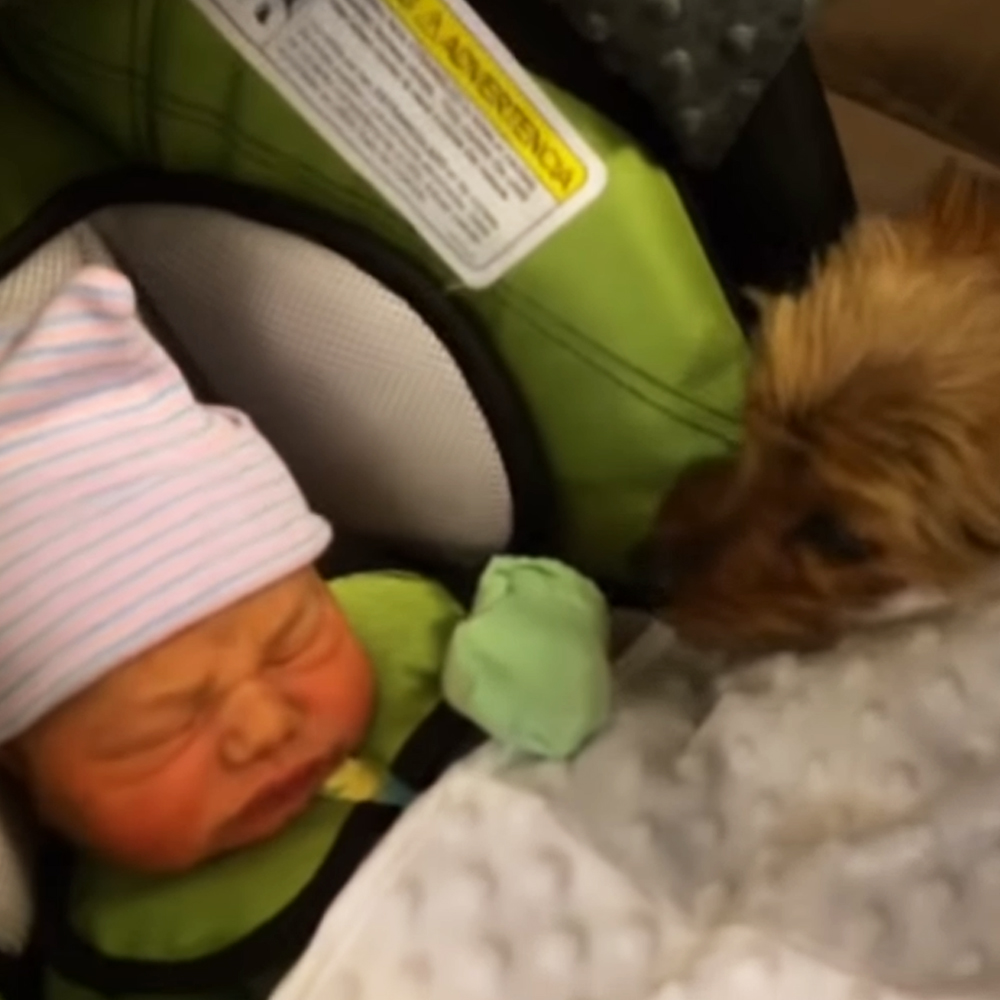 Letty looked at her owner in a way as if she was asking – What did you bring? Even her pet dogs were curious about Oliver and did not want to leave the little one. 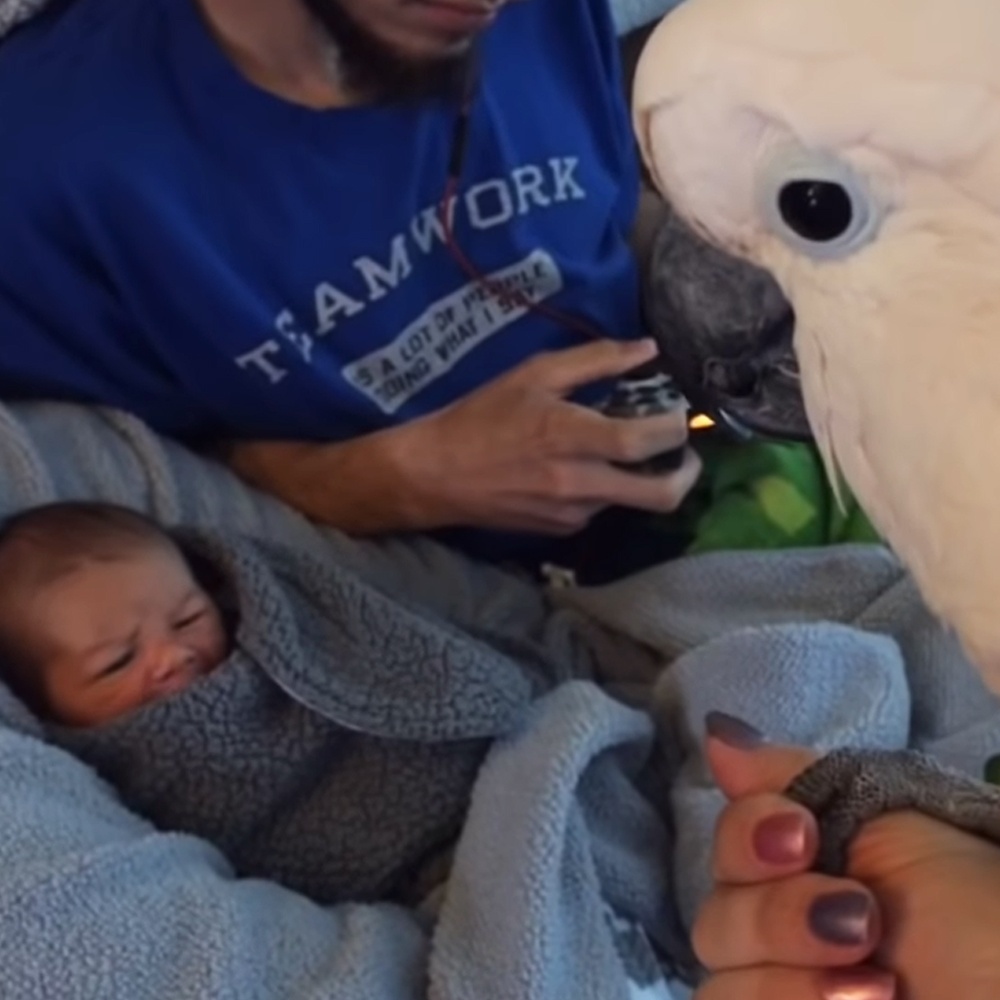 However, the birds were still curious about the baby and wanted to be close to the little one. Katie and her husband thought that the birds were hushed around the baby, and even Oliver was not scared of their presence.

The pets were amazed by the new addition, especially Gotcha and Letty, who wanted to be close to the little one. Katie fantastically introduced her pets as she took time to bring all her pets one by one near the baby and let them get accustomed to the little one. 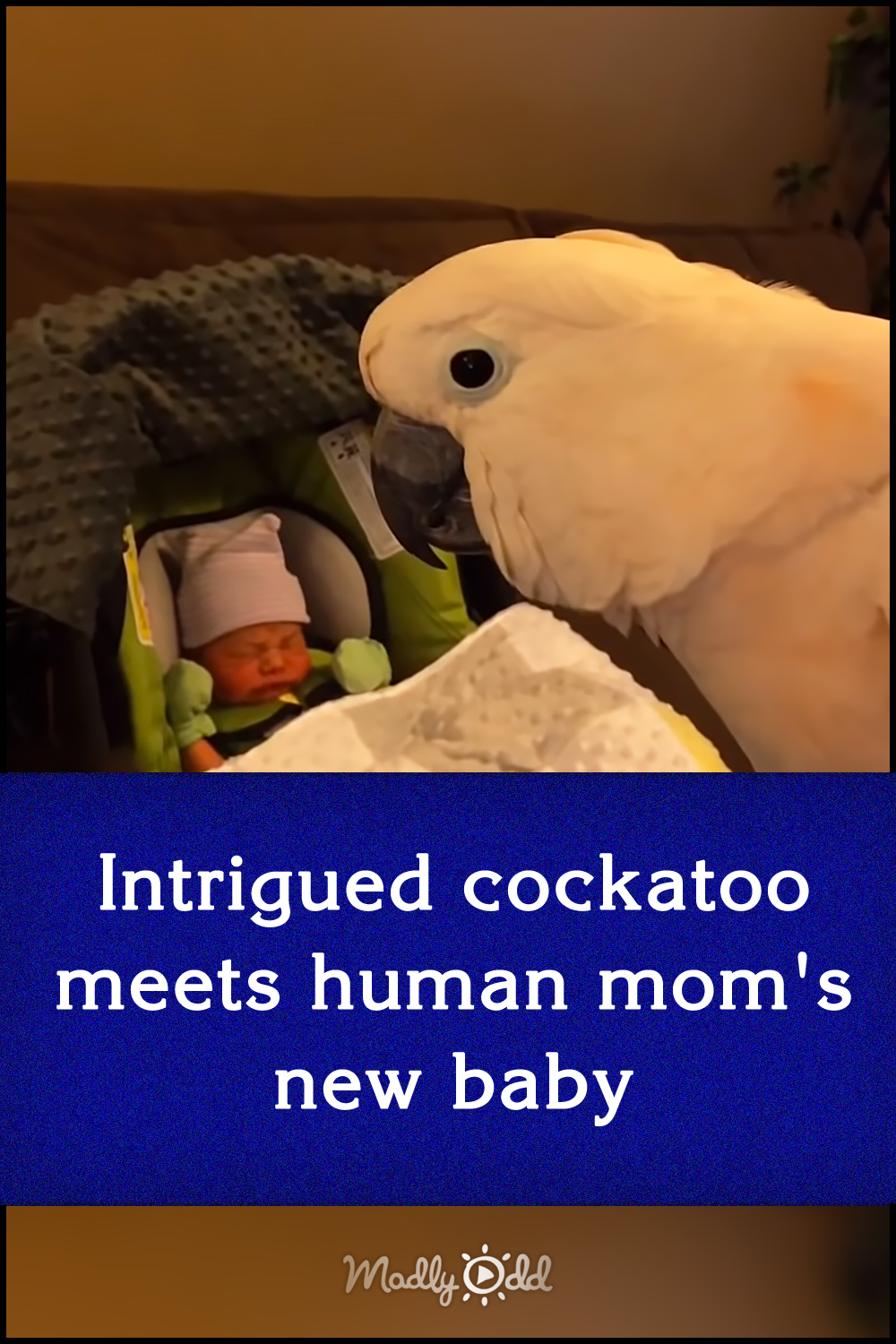