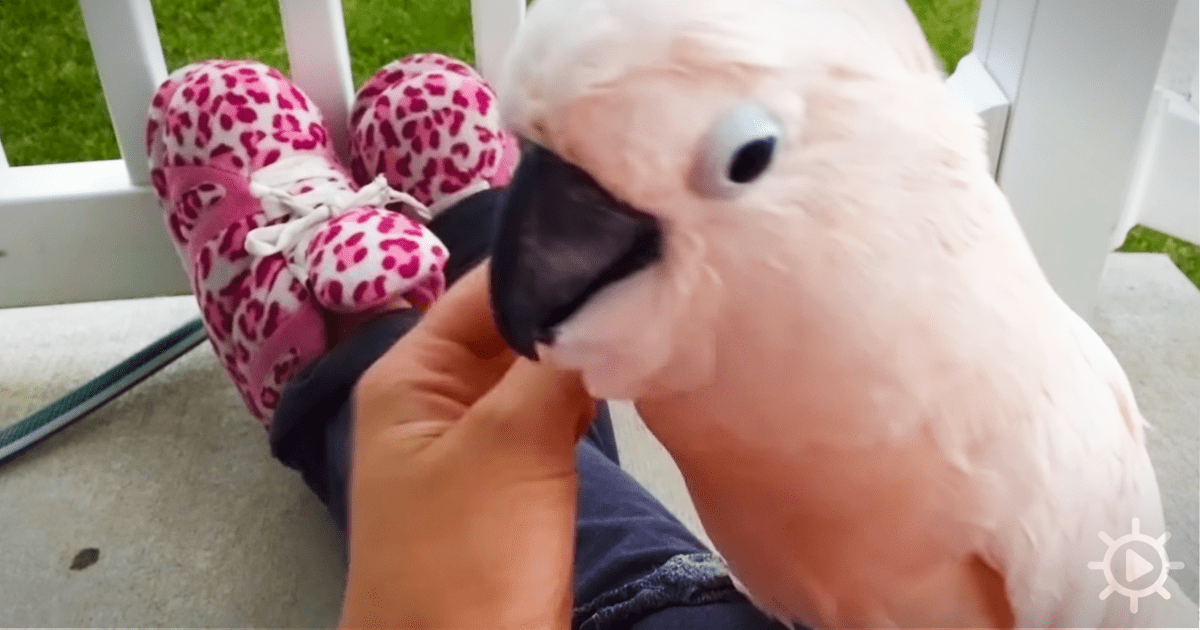 A Moluccan cockatoo is the star of this video. His name is Gotcha for the fact that his two favorite phrases are “I gotcha” and “I got you.”

Gotcha is a super sweet bird who loves his momma. He has been trained to be like a lap dog, and he loves to move close to his momma for a kiss. It appears that his favorite movie is Toy Story. 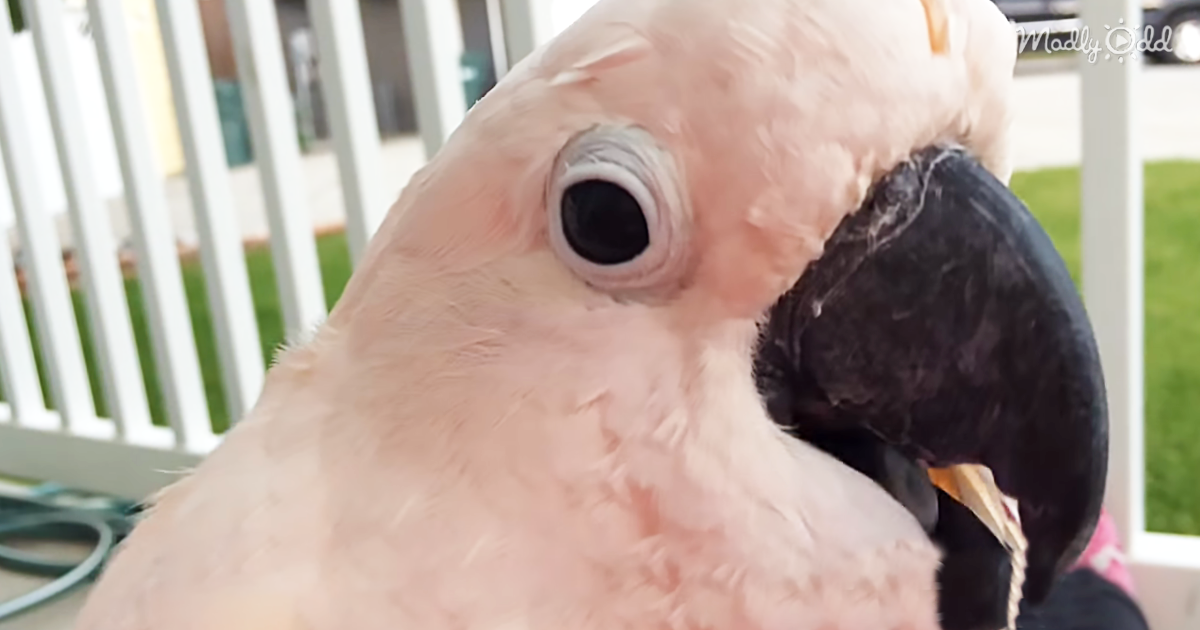 There’s an impending storm in this video. What Gotcha says and does next when he sensed the thunderstorm is too cute! What a comforting and brave bird. You just have to watch to believe.

The Moluccan cockatoo is also known as a salmon-crested cockatoo, so named because it is found in the southern Moluccas in eastern Indonesia. Its color is a super elegant soft white pink. It is salmon-crested because its crest is the color of salmon. The crest is a retractable part of the cockatoo’s head that is raised when the bird is angry or threatened.

Gotcha was not scared at all. The thunderstorm was no biggie for him. He only wanted to comfort his momma. Gotcha is incredibly intelligent and simply adorable.