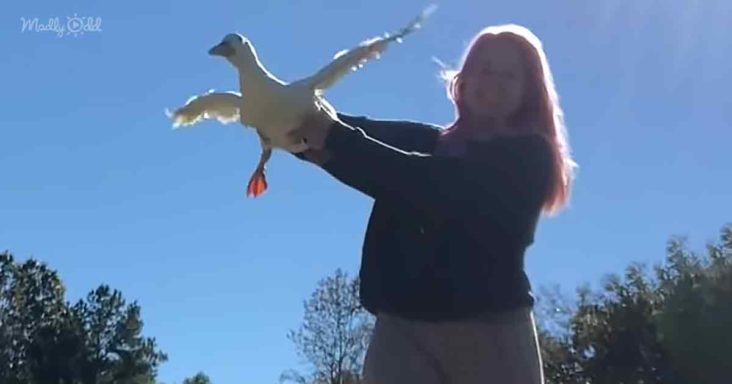 Kaitlyn Rice ran the Party Farms Animal Sanctuary. Recently, she received a phone call from a local feed store about a few sick ducklings who needed her help. The kind woman brought the yellow ducklings home. The owner of the sanctuary had a little fenced-off area in her yard.

So, she decided to keep the birds there. Kaitlyn even created a kiddie pool in there for her new house guests. However, the rescuer soon noticed that one of the ducklings, Pup, showed mobility issues. She had this little bow to her leg. Kaitlyn saw a couple of vets, and they informed the rescuer that there was nothing they could do for the little one.

Pup could not walk the same as her other duckling friends. So Kaitlyn started to take the ducklings out into the pool when they were tiny. The swim therapy helped all the little ones. 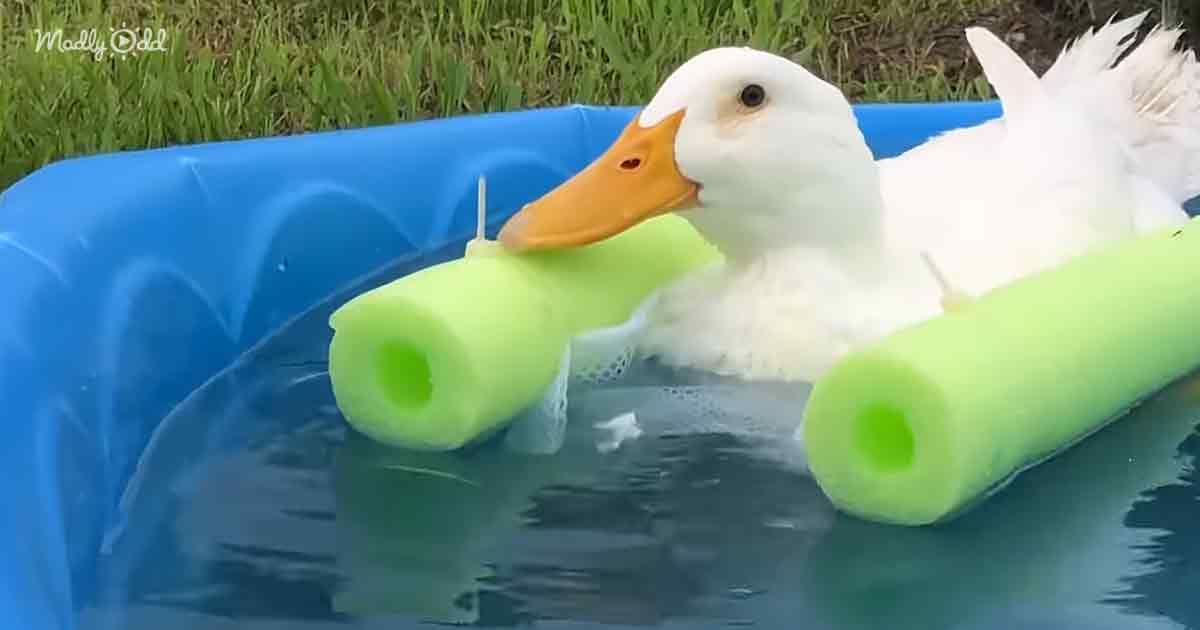 Soon, all of them got big. Kaitlyn raised all the ducks inside her home until they were fully feathered. She did all the things that were necessary to help the little bird. However, just as Pup grew more prominent, her leg became more hooked.

It probably wasn’t until Pup was 3 or 4 months old that she became immobile. However, nothing indicated that she was unhappy or was suffering. So as long as she was thriving and was happy, Katlyn decided that she would find a solution that would work for her. 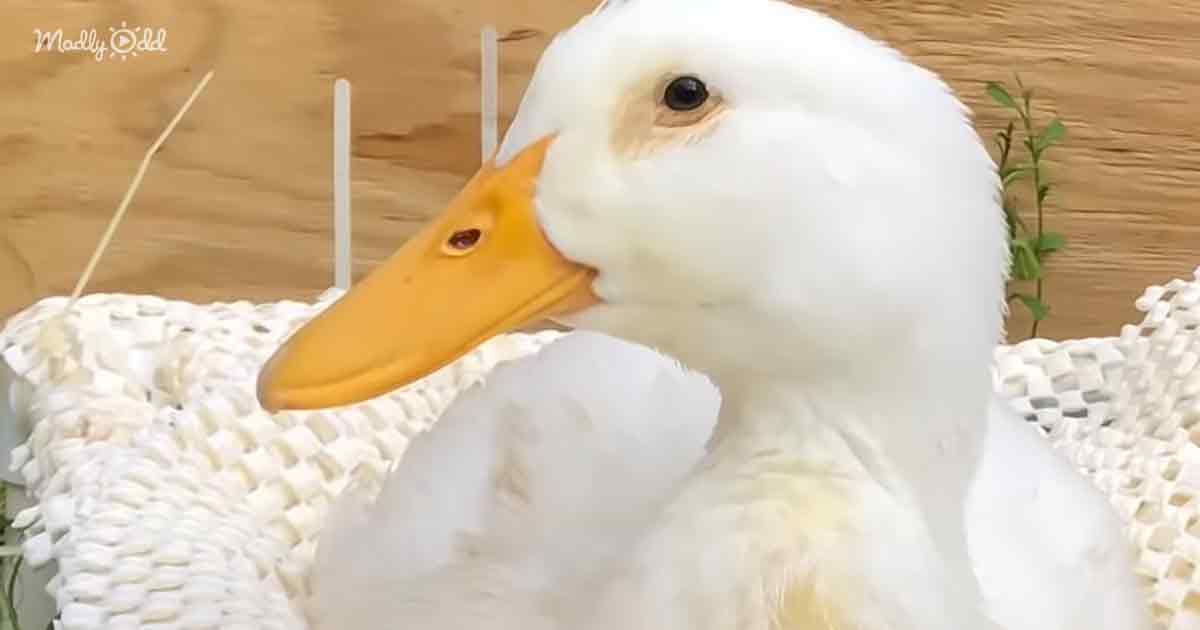 After giving Pup breakfast, the owner would take her for a bathtub swim 2-3 times a day. Occasionally, when the duck had trouble drying herself off, Katlyn would blow-dry the duck.

Katlyn would even take Pup out in the yard and hold her under her belly and let her fly. During the summer, especially when it was hot, and the ducks spent a lot of time in the pool, Pup would get tired. So, the rescuer made her a little pool float. Pup’s spirit and personality had always been unique. Katlyn thought that the bird was having the best time of her life.