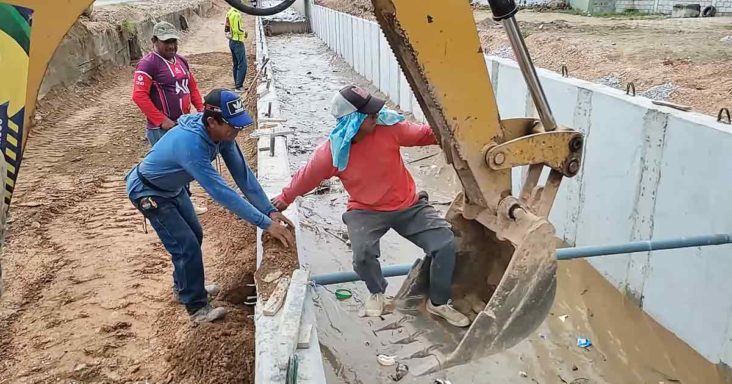 Everyone loves a feel-good story about heroism, especially when it involves a puppy. Usually, those stories involve a dog saving a person. This time, though, it’s the other way around. 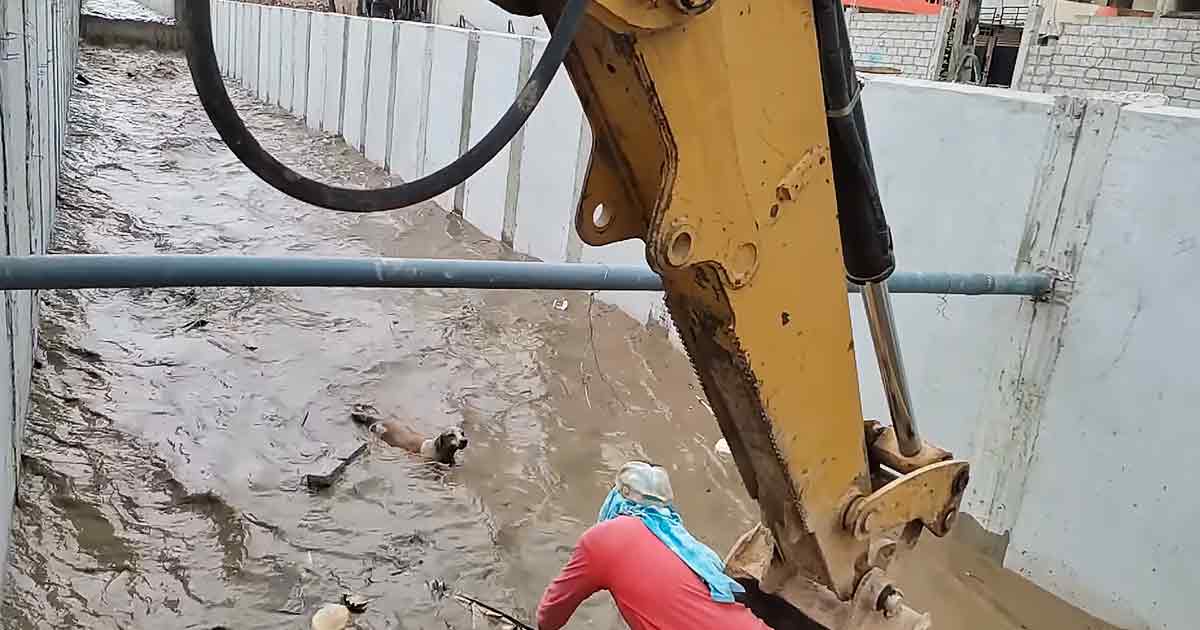 A construction crew working near an irrigation canal in Canton Pasaje, Ecuador was alerted by their team upstream that a dog had fallen into the rushing water. They knew just what to do.

Even though the water flow was fast, and they weren’t sure if the dog could keep his head above it, the construction crew still attempted to rescue the poor pup. 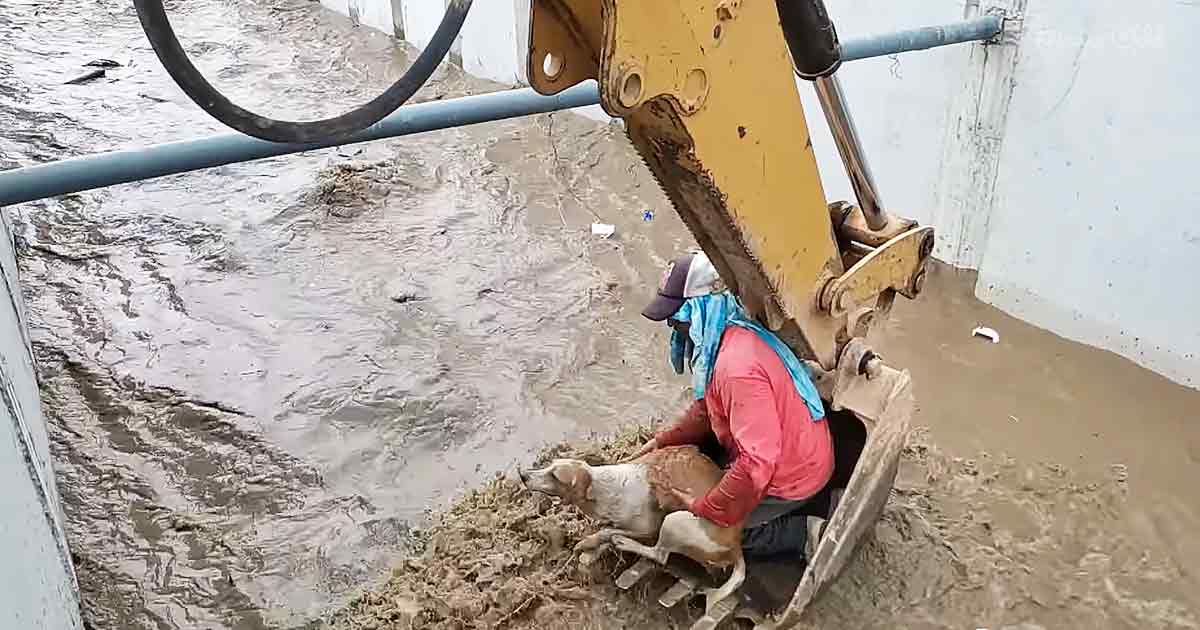 One of the men bravely jumped into the bucket of an excavator. His buddy lowered him down over the canal, where he waited for the water to sweep the dog toward him.

He only had one chance to get it right. As the dog rushed past, the worker reached out and grabbed him. The slippery pup almost fell out of his grip, but the man held on tight. 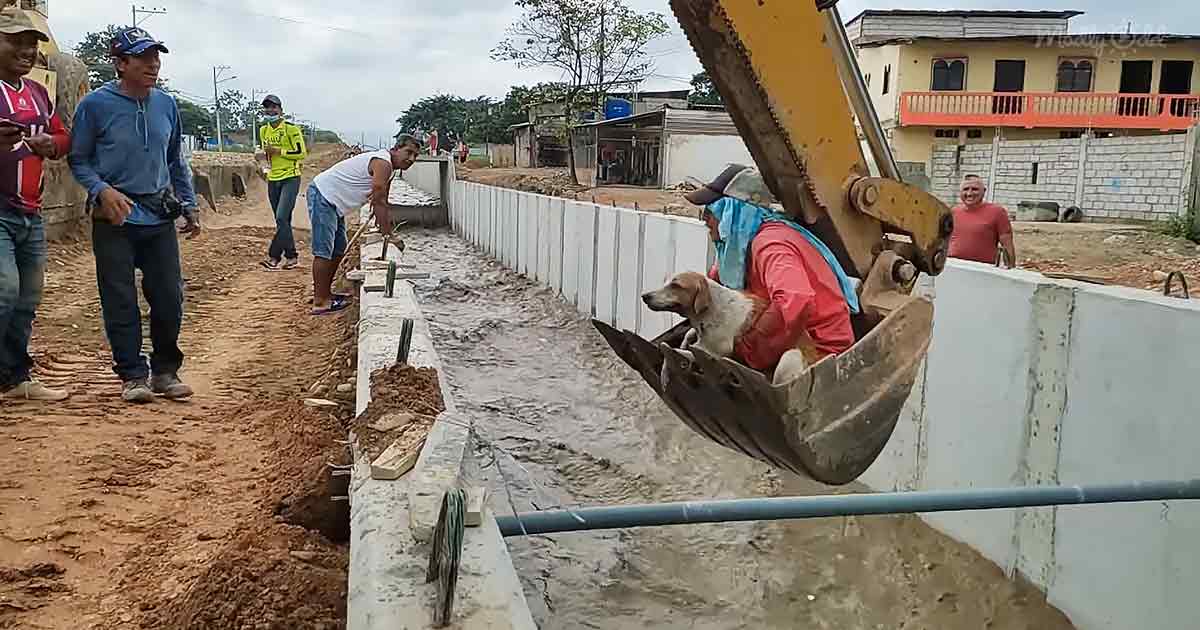 He scooped him into the bucket, and the excavator operator lifted them both to the safety of dry land. The dog was shaken up, but overall, none the worse for wear.

What an inspiring story of heroism! These construction workers didn’t think twice about saving a dog in need. Hats off to you, gentlemen! That puppy is lucky you were on the job.