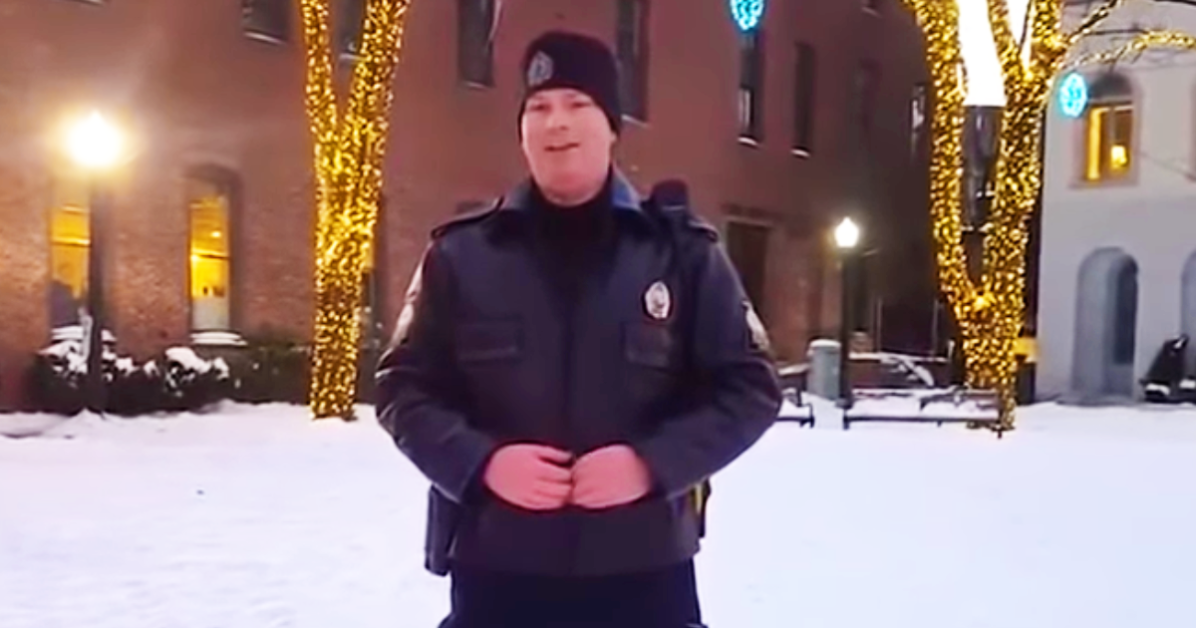 Police officers have often demonstrated a very human side to themselves, but this policeman reveals a tender, angelic side that nobody saw coming.

One lovely winter evening in Portland, Maine, freshly fallen snow lay crisp and white on the ground and Christmas lights lit up the trees along the streets. 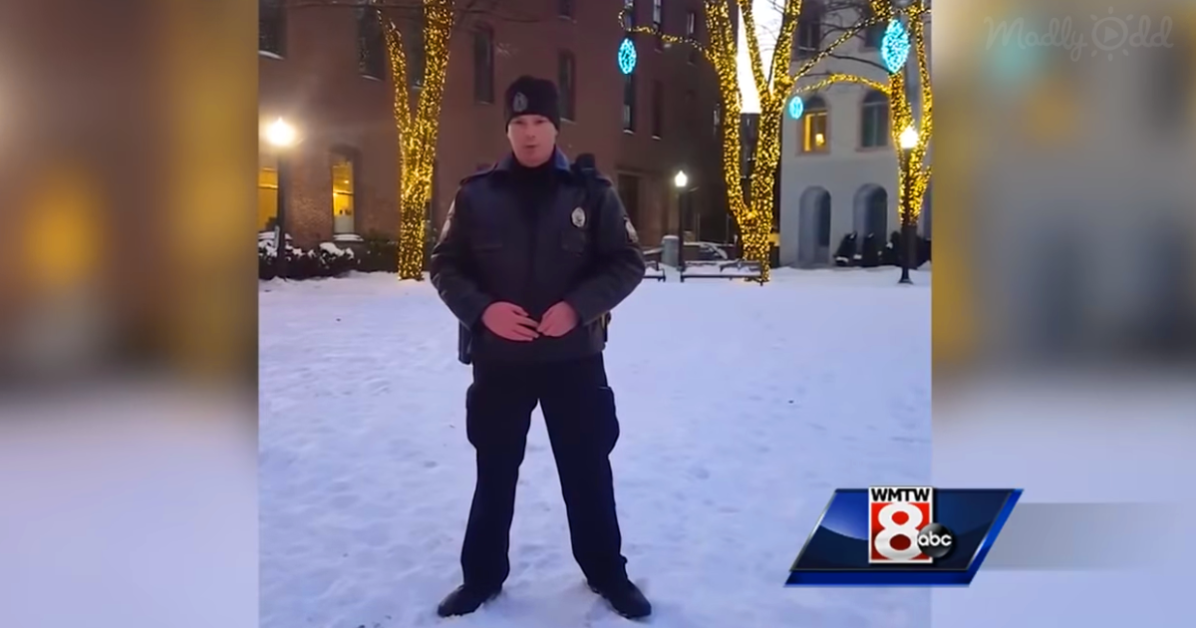 On a regular patrol, Police Officer Jeremy Turner felt the pull of the festive season tugging at his heart and he could not help himself, he started to sing.

Unaware that he would eventually have an audience of millions, the lone policeman quietly began singing to himself the much-loved Christmas carol, “O Holy Night”. Suddenly, he noticed a crowd forming around him and he was encouraged to sing louder.

Fortunately, some quick-thinkers captured the endearing performance on their cell phones and posted the impromptu a capella rendition for all of us to enjoy.

The officer later reported that he was surprised so many people were entertained by his singing and he was shocked when the video clip went viral.

When the Portland Police Chief, Michael Sauschuck, was interviewed, he said that it was a wonderful way for the police force to help spread the holiday cheer. It does indeed to that and quite well in fact.

Don’t miss this video of the singing policeman, it will help add some more Christmas spirit to your day.

If you liked  Police Officer Jeremy Turner’s beautiful voice,  then share is video because we should recognize our men and women in blue whenever we can.