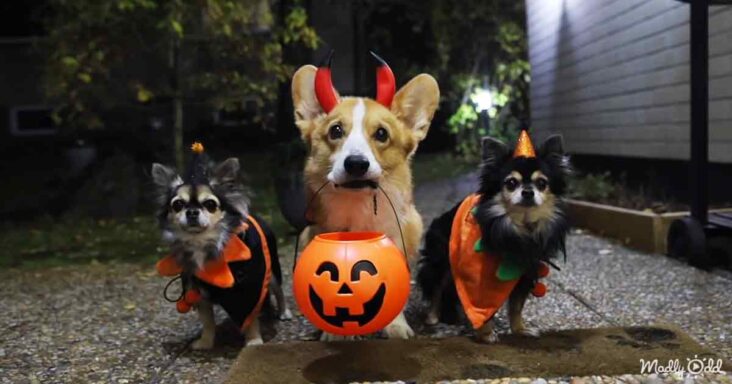 Halloween is one of those seasons that promises fun and frolic for everyone. Whether you talk about kids, adults, or pets, everybody enjoys the season with their near and dear ones, and Topi the Corgi was also one of them. 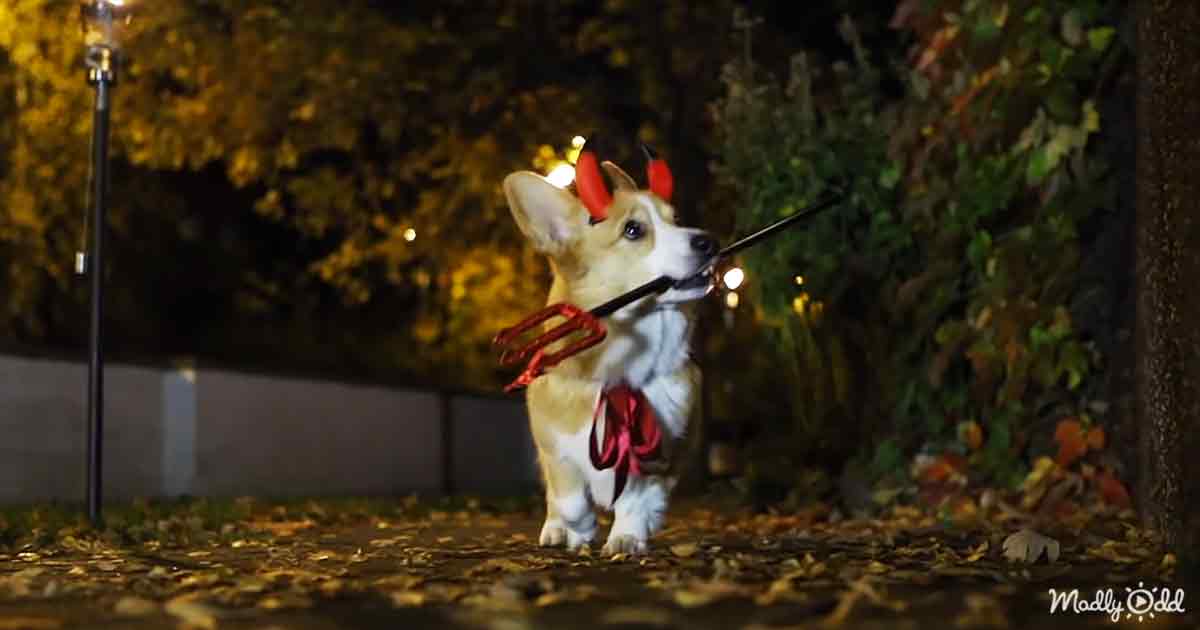 It was Halloween, and Topi wanted to go trick-or-treating with his Chihuahua cousins, Maxi and Ella. So he trotted to their home with the devil’s trident in his mouth. Upon ringing the doorbell, the cousins allowed him in. Topi got mesmerized by the Halloween decorations in their house.

Soon they went out together around the neighborhood, trick or treating the neighbors. They collected plenty of treats in their Jack-o-Lantern-shaped basket, after which they returned home. They began enjoying the treats and watching a cartoon show on TV. Suddenly the vintage radio in the house started to make some noises. 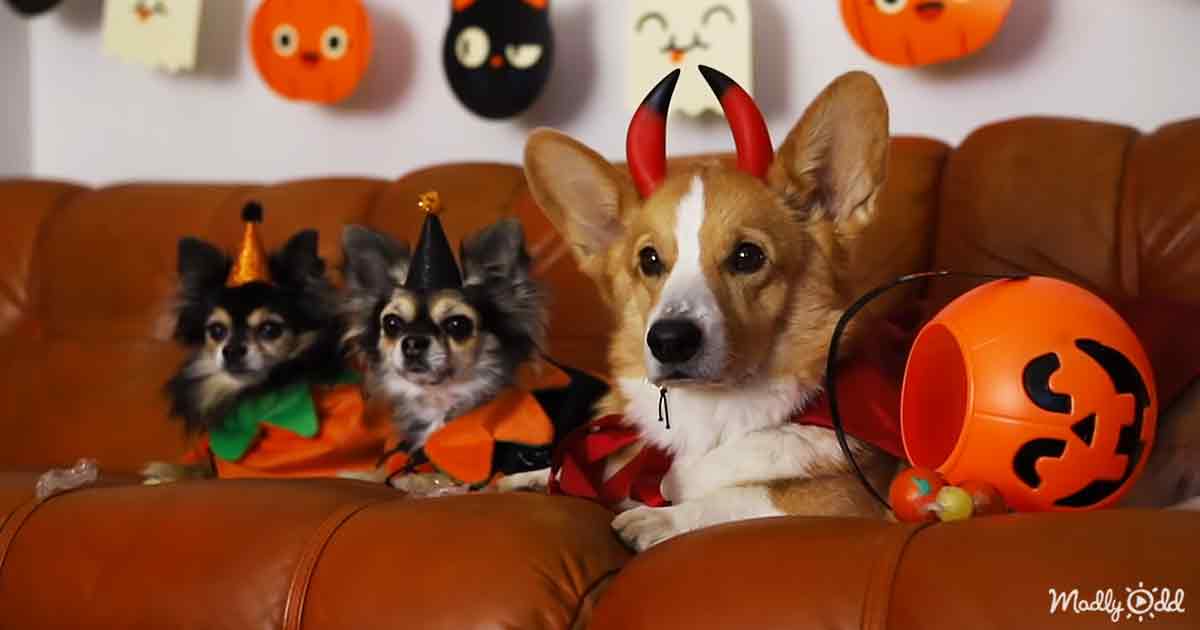 The three dogs stopped and stared at the radio in surprise. When the radio stopped making those noises, they heard a peal of faraway witch-like laughter coming from within the house. The television light also started fading in and out. The cousins, Maxi and Ella, rushed to the main entrance and started barking and growling at the unseen force making those strange noises.

They wanted to convey the message that they were not afraid of anybody. Once they returned to the couch to enjoy the treats and the show again, suddenly, everything went dark. The cousins ran under the couch, afraid of what was happening at home. Topi was the brave one. He lit a lantern and went to different parts of the house to explore. Finally, he went to the basement to investigate. 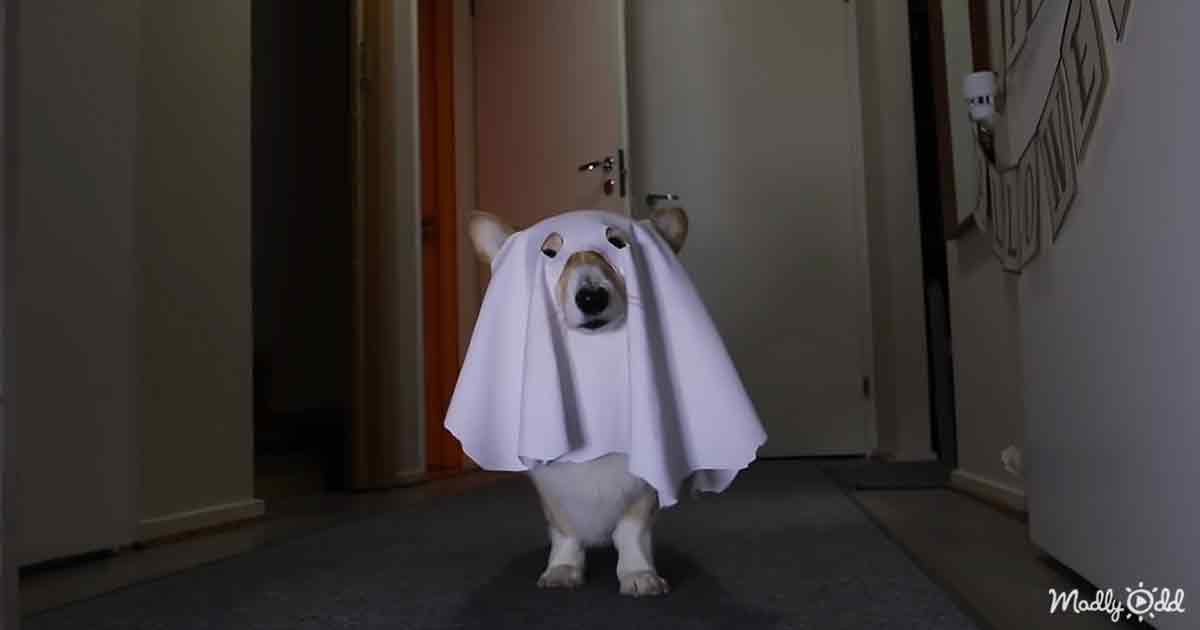 When the cousins saw Topi going down to the basement, they decided to accompany him. Suddenly, they heard the witch-like laughter once again. When they reached a dark corner of the basement, suddenly a light lit up, and they saw somebody in a white piece of cloth standing in front.

The three dogs ran up the stairs in fright, chased by the mysterious figure in white. The three dogs hid under the couch, and the figure in white stood in front of them. Suddenly, the figure revealed her true identity to Topi and his cousins. She was Topi’s girlfriend, Takku trying to play pranks on them. Finally, all four dogs began enjoying the treats on the couch. 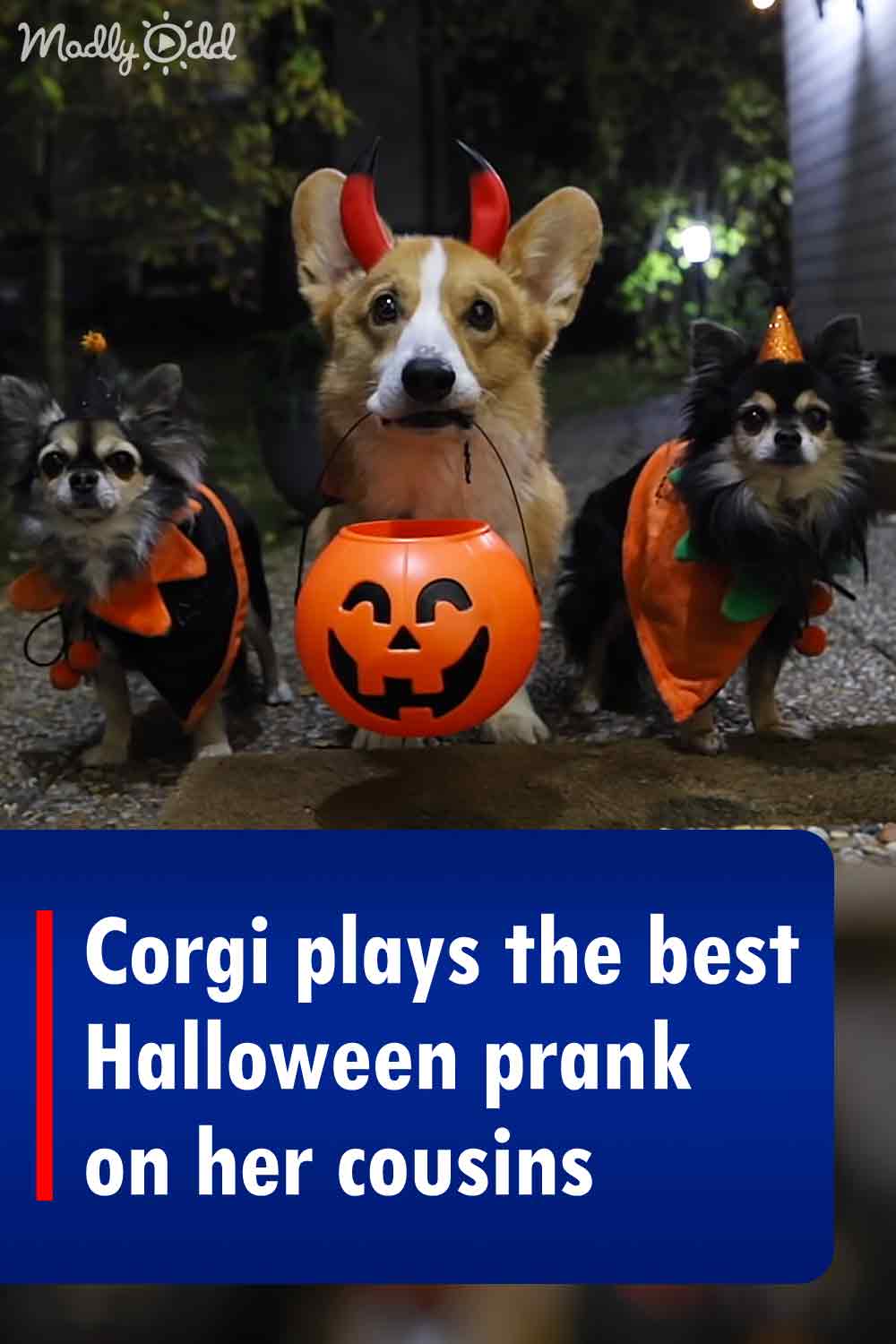