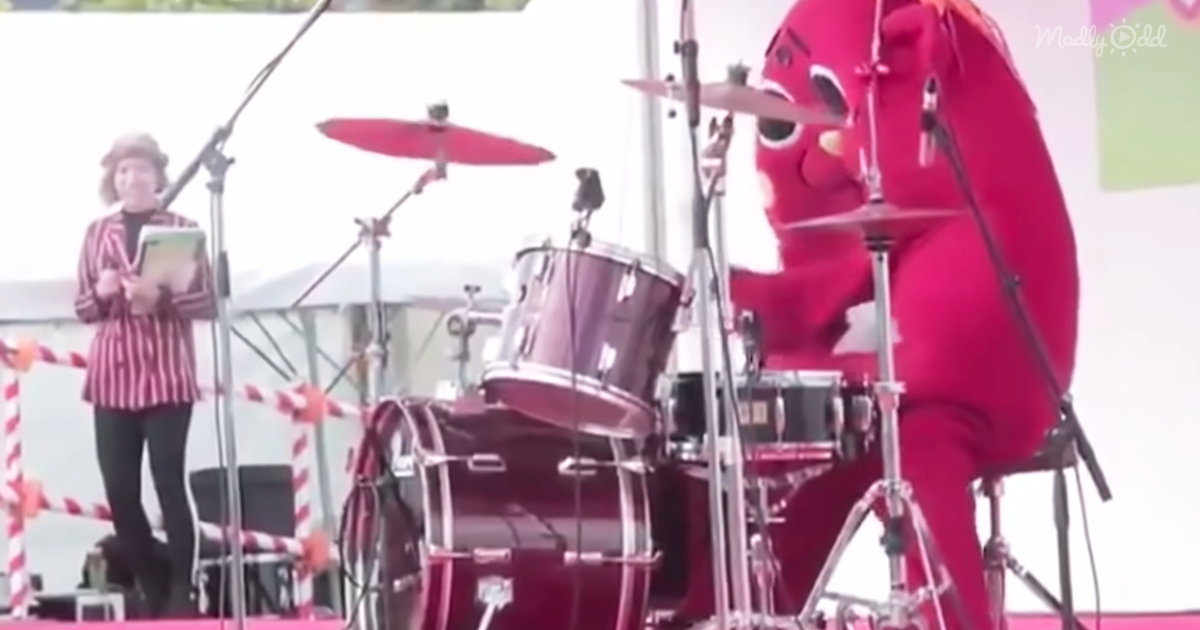 Wearing a costume portraying a lesser-known meme of a cat reincarnated after being buried in an apple field, NyangoStar from Japan totally kills it on the drums while playing at a children’s music concert. Portraying a living cross between a cat and an apple, the connection to drumming doesn’t really make much sense, but nor does it need to with talent like that.

Just wait until this big red apple-cat starts killing it on the cymbals. It’s the start of something that should be seen on stage at a rock concert. Drumming that just couldn’t be better. Faster and faster, the masked drummer picks up pace, making him a totally irreplaceable part of this (and any other) show.

Japanese drummer NyangoStar is one strange sight in his massive costume depicting a cross between a cat and an apple. His skill on drums is astounding, as the talented musicians put on a children’s concert performance that’d make any rockstar proud. 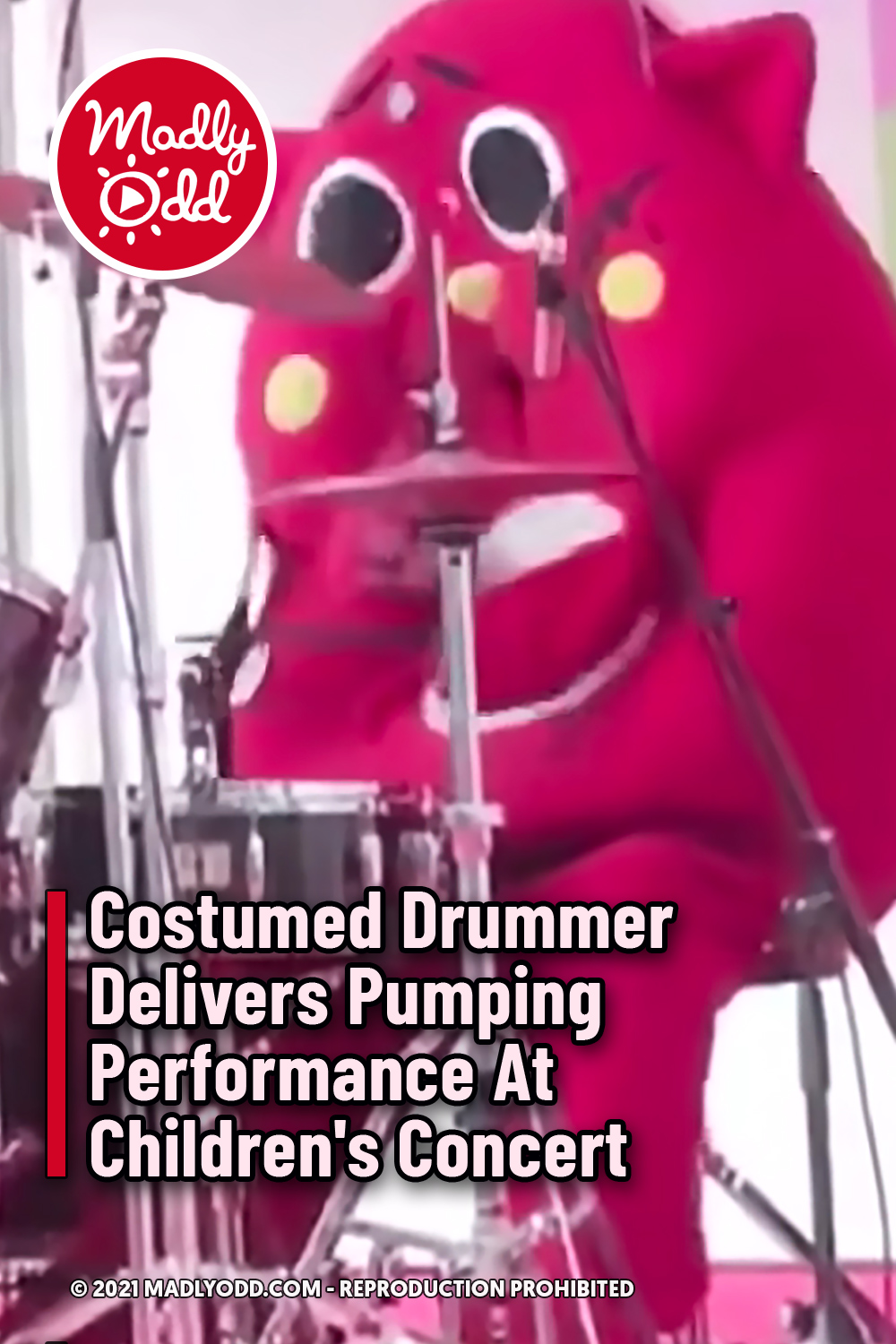