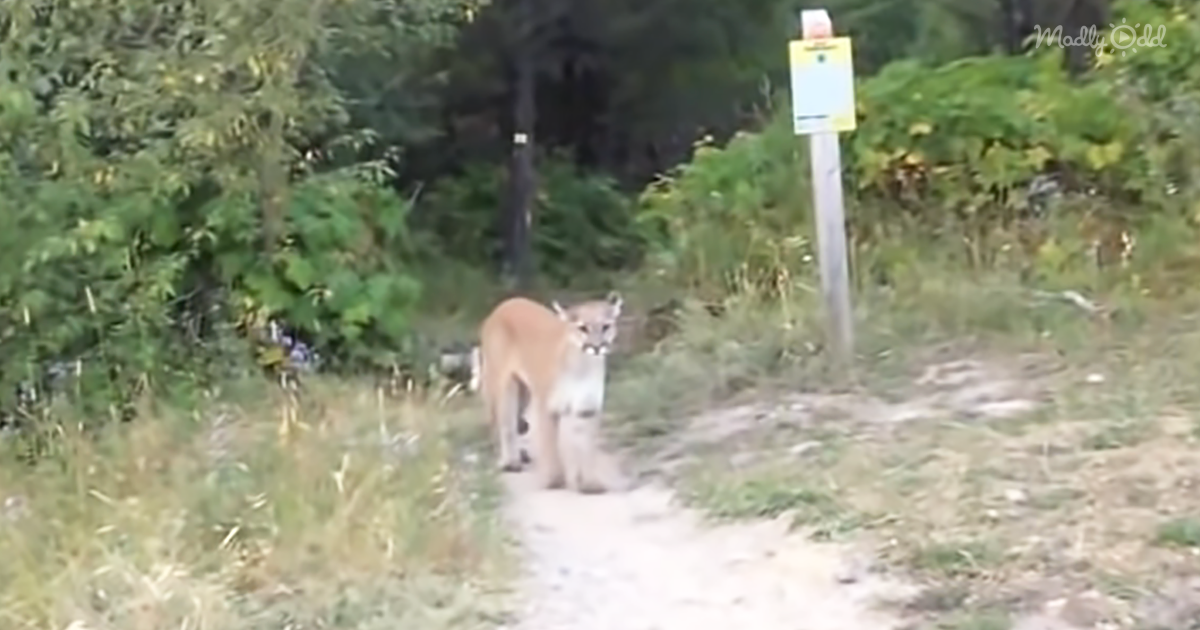 Cyclist and mountain bike adventure enthusiast, Chris gets rushed by a mountain lion while out on a trail in Fernie, British Columbia. An everyday adventure turned into one of the scariest experiences that this biker has ever experienced. The mountain lion first charges at Chris, turning after showing its act of dominance. It’s a good thing he didn’t run.

Refusing to leave its territory, the mountain lion hangs around just a few yards away from him. Nervous and afraid that the keen predator was stepping closer, Chris calls out that he’s not afraid and tells the lion to get back. His tone, however, tells a different story. Backing off slowly but never running, Chris manages to hold things together and get away without a scratch.

What do you do when a cougar stalks you in the woods? Well, running is not an option, and having a bicycle wouldn’t help either. Fortunately, mountain biker Chris knew this all too well. In a showing of courage and wits, the outdoor enthusiast speaks to the lion, calming himself and backing off in the process. Now that’s how you get away from a mountain lion. 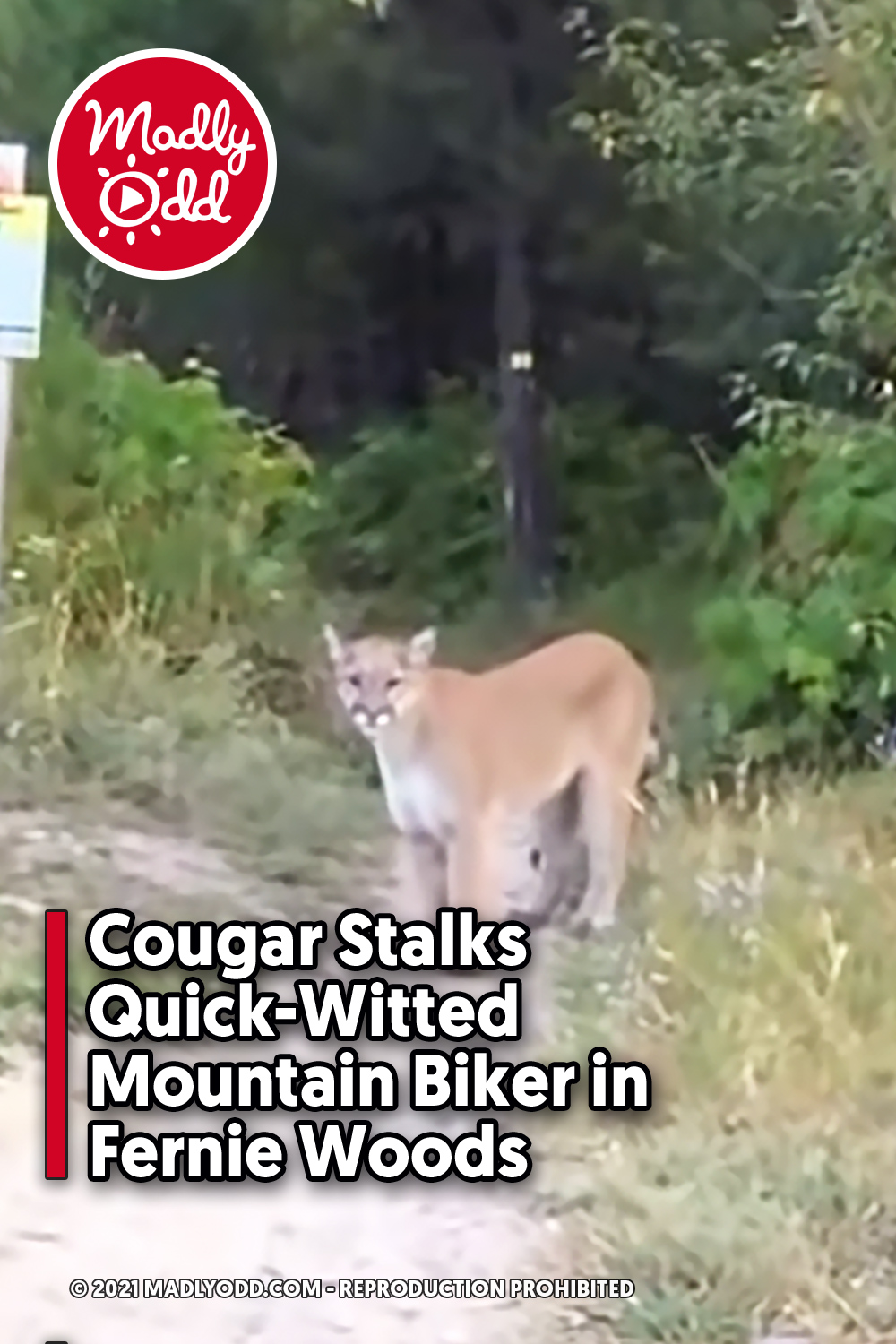