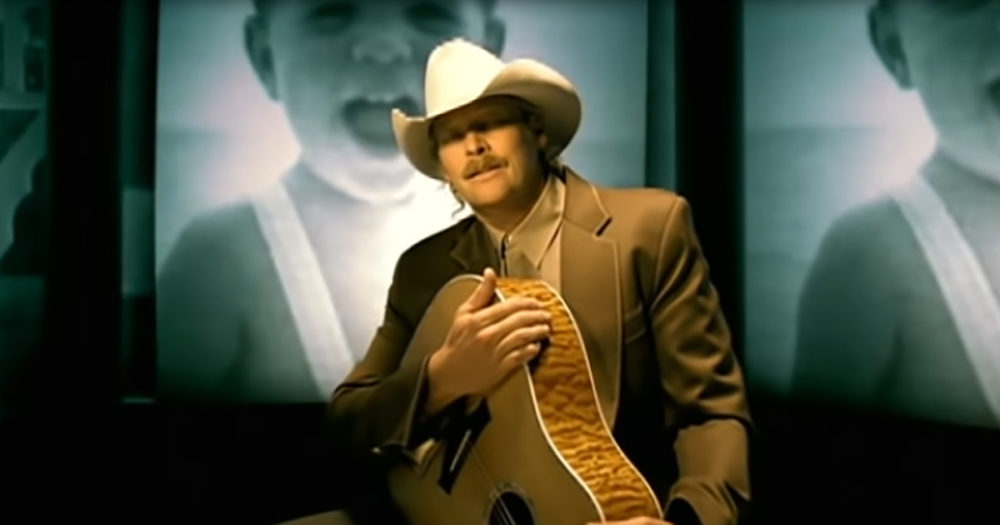 Songwriters have the most difficult job known to man – sharing their personal memories with the world. In this gorgeous melody by “neotraditional country” star Alan Jackson, we are given a rare view into the inner workings of his marriage.

“Remember When” was written by Jackson to commemorate his long and happy union with his wife, Denise. The lyrics illustrate the many life changes the couple has had to overcome together, from early curveballs to the trials of parenthood.

The music video, directed by Trey Fanjoy, was released back in 2004 and features the country legend seated center-stage while home-videos play behind him. At one point, his wife even appears to join him for an intimate dance.

With a story like that, it’s no wonder Billboard named this single “the most poignant, well-written country song to hit the format in a long time.” And we can’t thank Jackson enough for sharing his life with us.