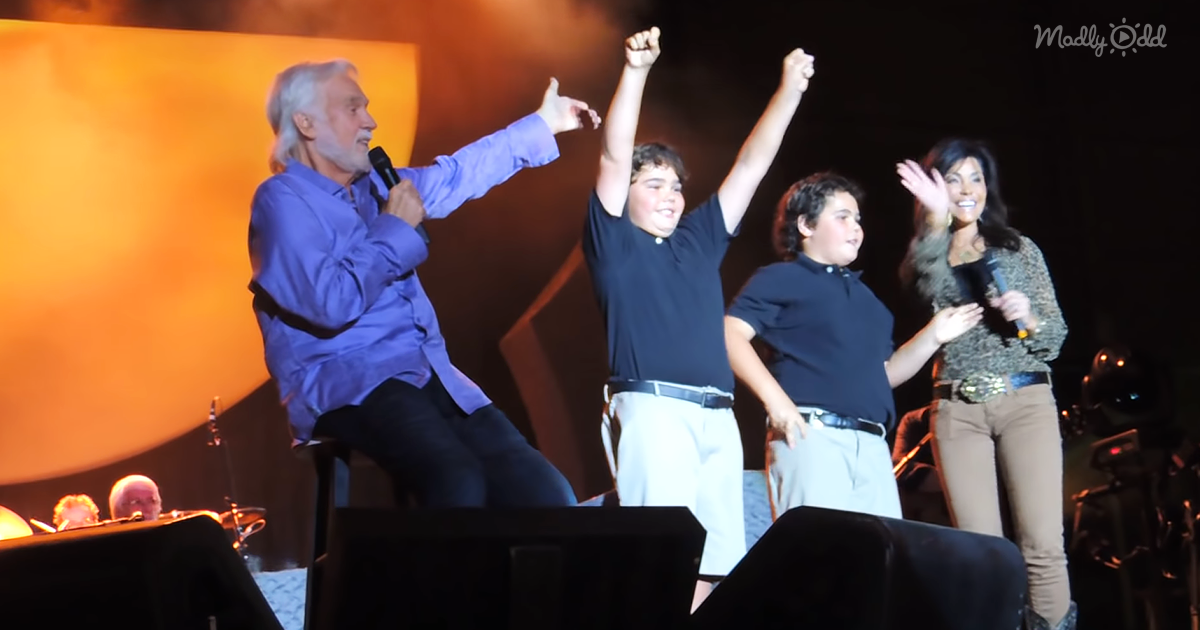 Kenny Rogers is an artist who the world fell in love with. Every performance leaves a lasting impression, with those who’ve seen him live enthralled by one-of-a-kind showmanship that they’ll never forget. Here Kenny Rogers sings “To Me” at the North Georgia State Fair, but no one was quite expecting his surprise. Kenny’s twin sons and his wife are brought on stage.

The pride that Kenny holds for his family is clear. It’s a long way since 2014, but we can guarantee you that the whole North Georgia State Fair remembers the occasion. It’s a remarkably touching way to show fans that you truly care, unveiling so much of the legend’s personality in one simple gesture.

In the sweetest video, you’ll see all day, Kenny Rogers brings his wife and two songs onto the stage. The message behind “To Me” rings clear, as the legend warmed the hearts of onlookers by welcoming Jordan and Justin onto the stage to discuss their recent happenings. A family affair in concert? Only Kenny Rogers. 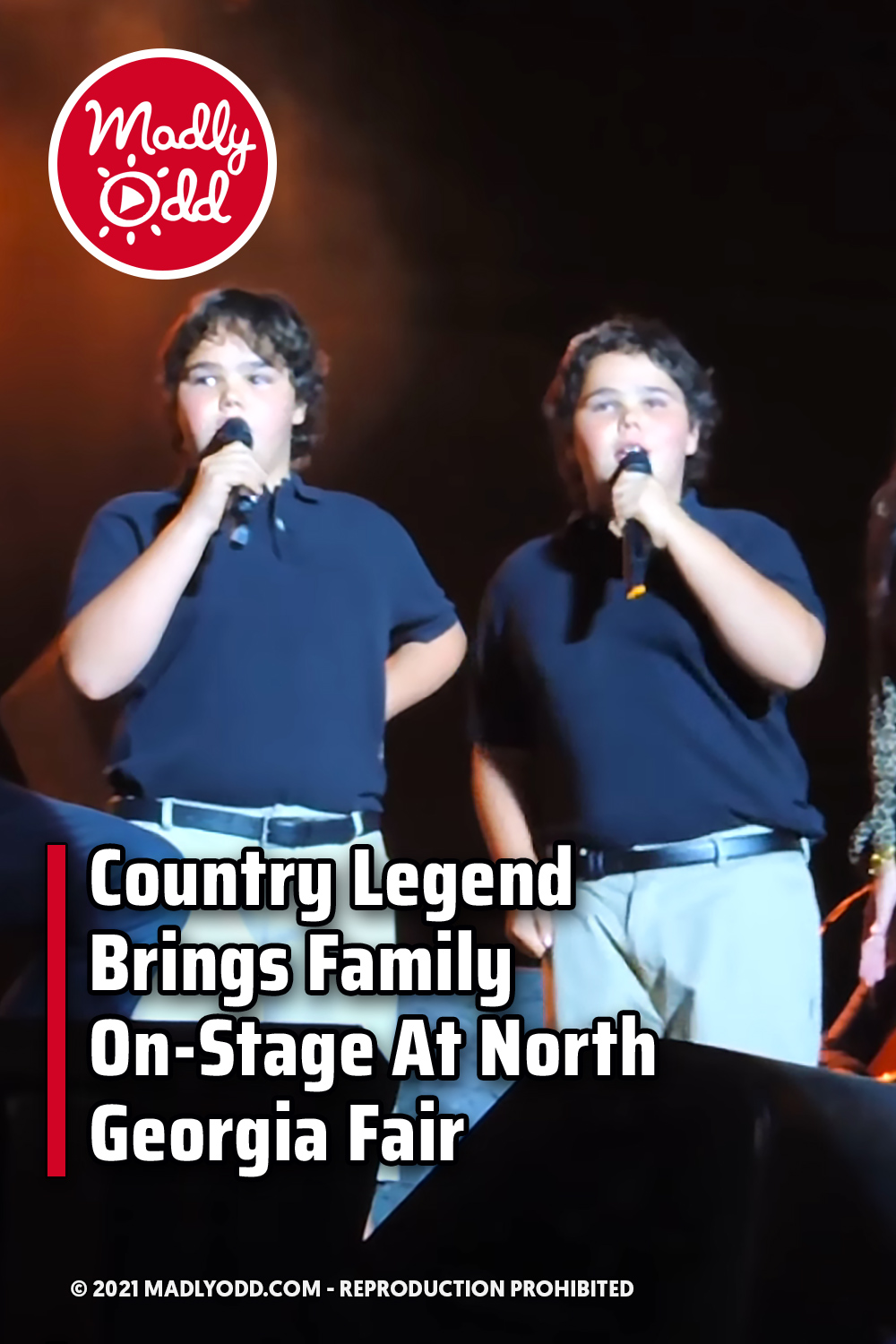