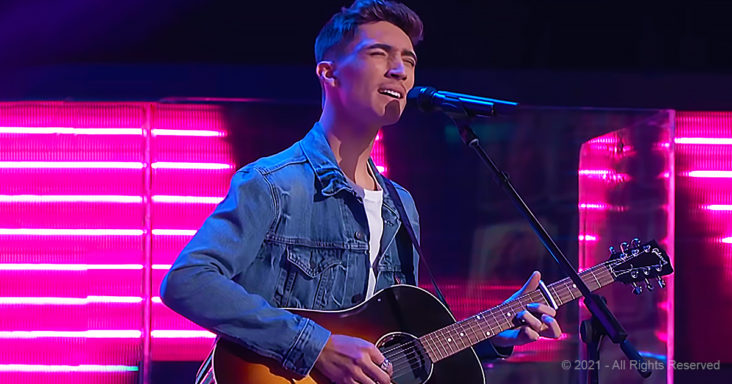 Avery Roberson sings Tim McGraw’s “If You’re Reading This”, for his blind audition on The Voice He plucks his own guitar during the performance.

The performance begins like any other, the contestant plucking his own guitar perfectly. He begins singing Tim McGraw’s “If You’re Reading This”, a bittersweet song about family, love, and loss. His voice is soft and low, but full of passion and heartwarming emotion.

John Legend is the first to turn his chair, followed by Kelly Clarkson. They watch the young 20-year-old singer as he continues his song, unphased by half the coaches now looking at him, thoroughly engrossed by his singing. 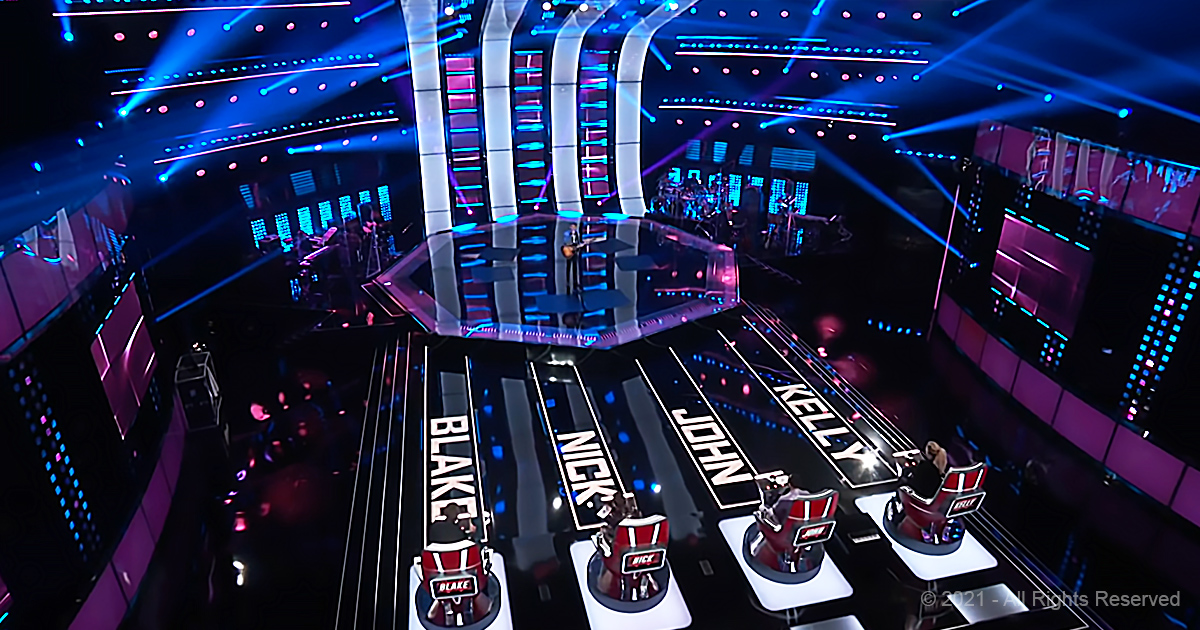 Soon after the two coaches turn their chairs Blake Shelton joins them, obviously excited to coach another Country singer like himself. As the song comes to an end Joe Jonas is still making his choice, then finally turns his chair before the end of Avery’s performance.

Facing Avery at the end of his audition are all four coaches of The Voice. They each give their pitch for why he should pick them, even bickering and joking amongst themselves because they are pretty sure he’s going to pick Blake.

The four coaches all make good points. Each one talks about how the genre they are practiced in doesn’t matter, all they care about is the power of his voice and passion. It was obviously a difficult decision for Avery, but he chooses to go with Blake’s Team.