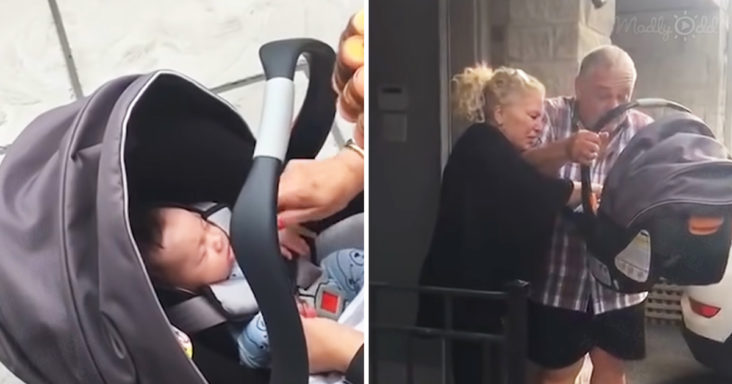 A newborn baby is like a beautiful flower that can make anyone happy. Ines and Sandro Lavalle are parents to a newborn baby boy Gianni. He was born six weeks prematurely and had challenges related to swallowing and breathing.

The baby boy spent 50 days in the NICU. However, recovered from his troubles with constant care from the medical team. It was tough for the parents to see their son in so much pain.

Their son’s condition was so bad that in his 50 days stay at the NICU, the baby Gianni had bradycardia spells, also known as the period when the baby could not breathe. As a result, the heart rate would soon fall down. 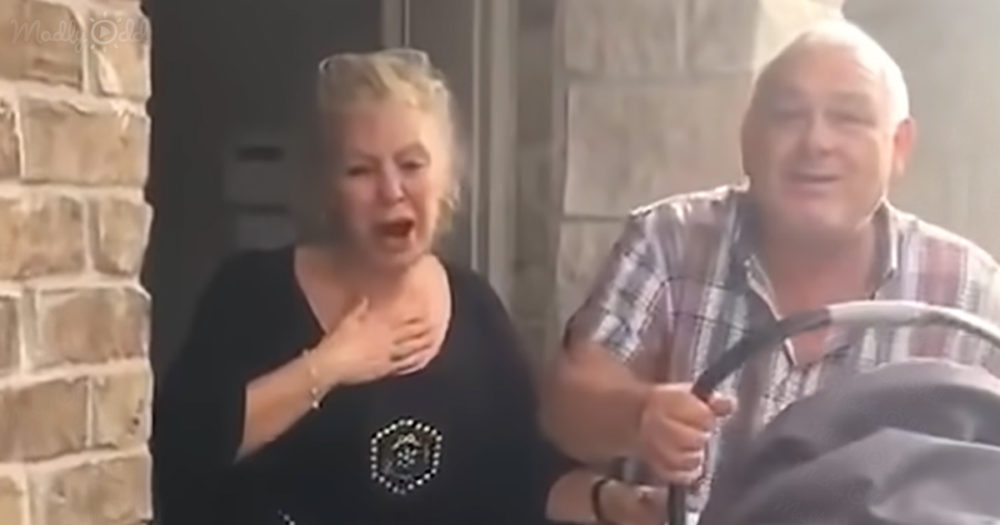 His condition would recover for 3-4 days and then deteriorate again, making the parents nervous and sad. However, Baby Gianni was strong and healed perfectly.

After their son’s recovery, Ines and Sandro decided to surprise both the pair of new grandparents. They wanted to capture the reactions of their parents when they saw their grandson on their doorsteps.

Sandro’s parents are Bernardina and Renato, and Ines’ parents are Marianna and Gianni. Both the pair of grandparents live in Toronto, Canada. So, Ines and Sandro leave baby Gianni at their parent’s doorstep and capture the emotional reaction of the grandparents.

Granddad Gianni was surprised a lot when he found out that his first grandchild was named after him. The grandparents were very happy to meet their grandson and could not help but show their relieved and happy reaction.