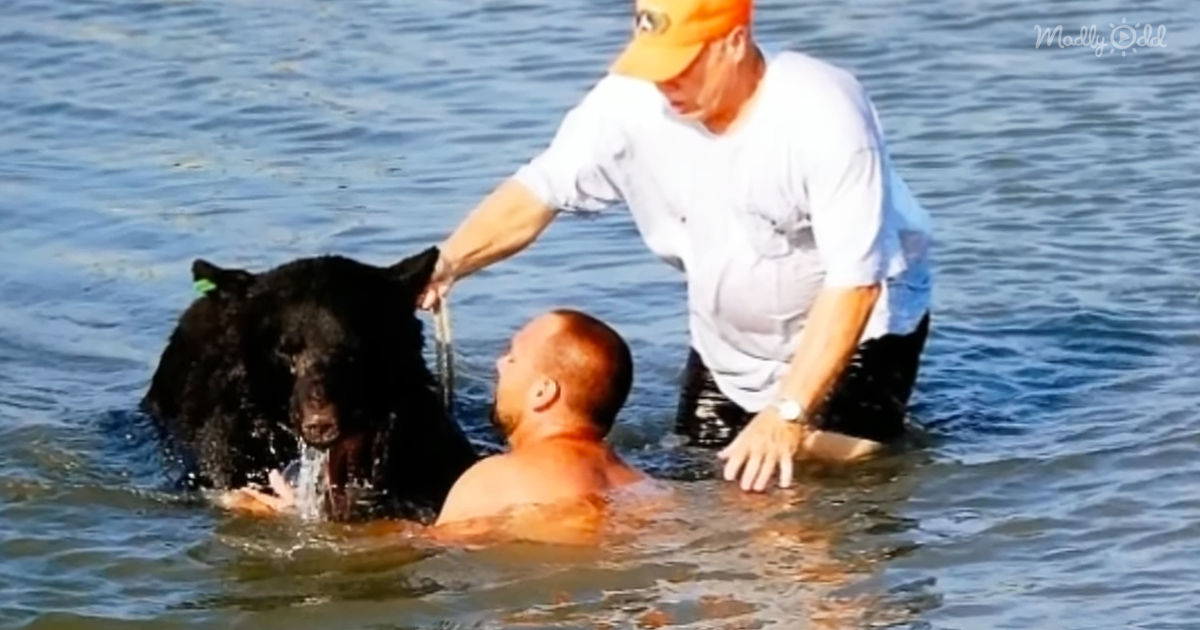 It is extremely rare for an animal to show that they’re in distress. When wild animals do this, it can alert other creatures around, and they quickly become bait. When a man sees a giant black bear drowning, he doesn’t think twice before trying to save him.

After wandering into somebody’s home, a black bear was sedated by wildlife officers. Tranquilizers are entirely humane and are often the easiest way to get large animals back to safety. As the bear began to panic, he ran off into a nearby body of water.

The sedative began to kick in as the bear was swimming in deep water. The wild animal could no longer keep its 400-pound body afloat and started to sink under the water. A biologist that was with the wildlife officers dove into the water to save the bear.

As the two continued to move to shore, the sleepy bear tried to use the biologist as a life raft. Luckily, after traveling for 25 yards, the bear had made it back to dry land once again. The team was able to get the black bear back to the forest where he could roam safely. 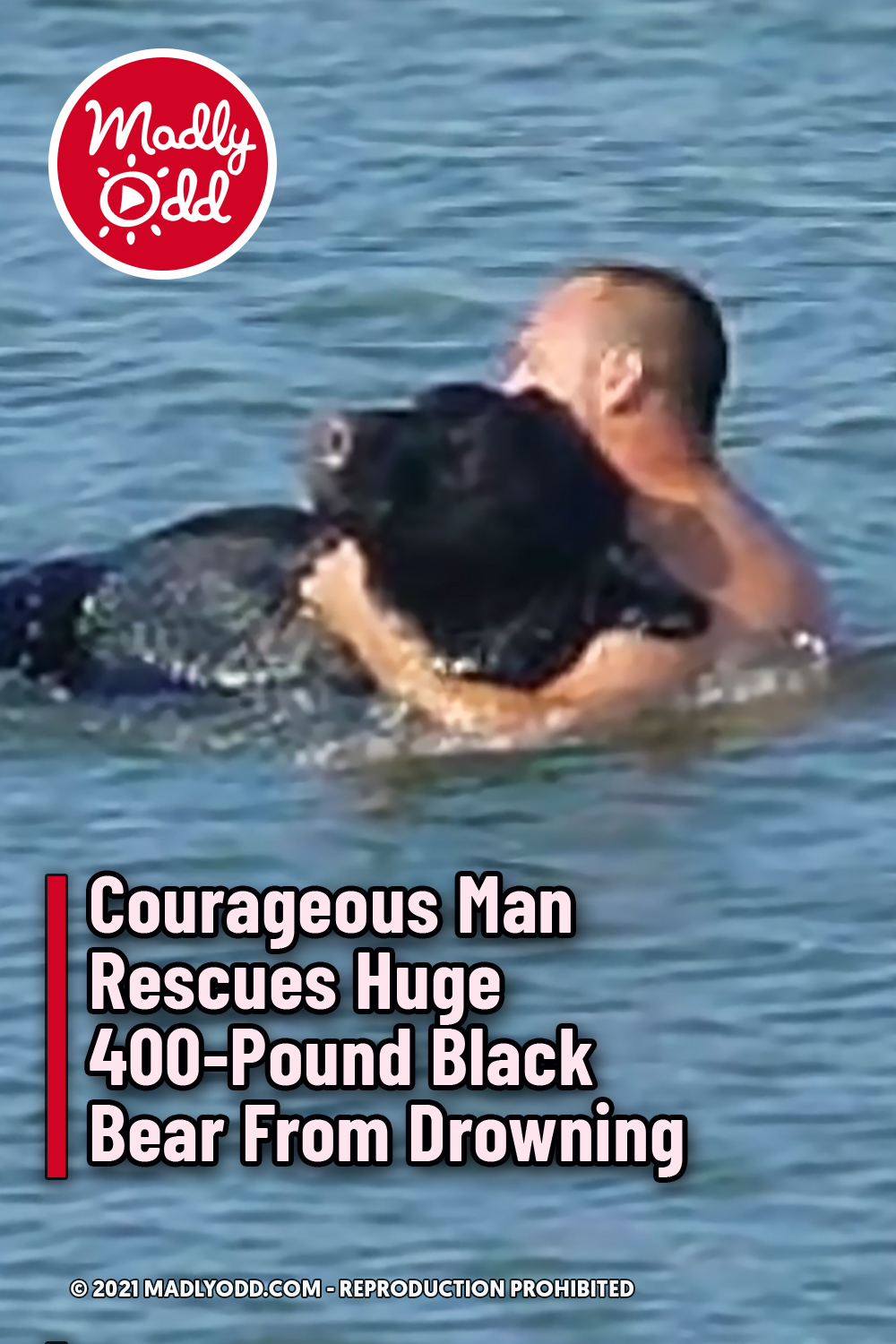