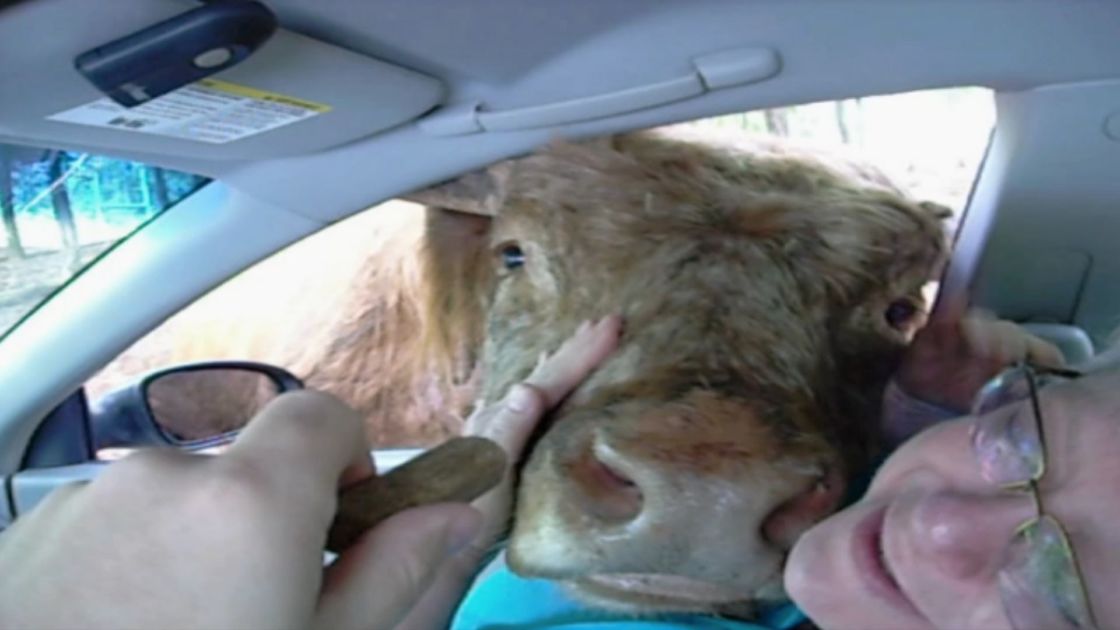 Anytime that we have animals interact with cars in any environment, it’s a roll of the dice. A bird might wind up pooping on your windshield. A monkey might decide to take a joyride on the roof of your car. There have been instances of bears attacking cars. Heck, when I was at a ranch, an ostrich kicked the side of the van we were in. Then there’s what happened in this video with a certain bovine.

We see a cow who has stuck her head into a car that has two tourists in it. It’s presumably a husband and wife. The husband, who is holding the camera, also has a pickle in his hand. The cow wants it, but she also seems possibly interested in kissing the wife with her tongue. 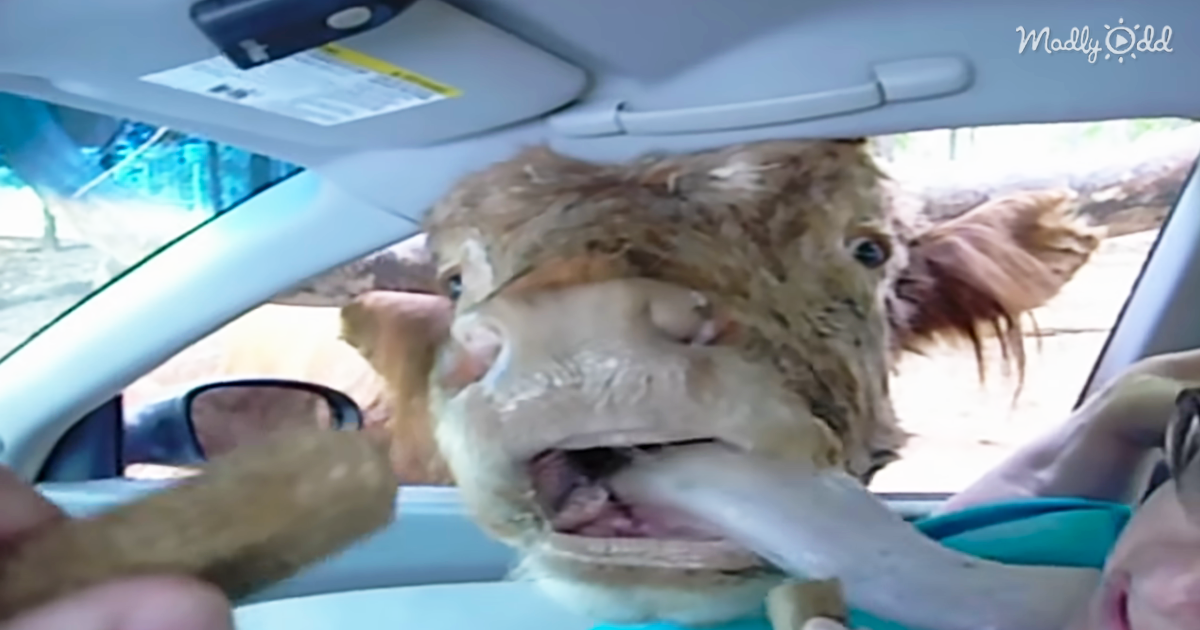 I’m not sure if the cow knew where her tongue was actually going. It’s like it had a mind of its own when she opened her mouth. It was funny seeing it dart at the lady’s head like she was trying to lick her. She probably didn’t know where the pickle really was and was darting her tongue around everywhere.

What made it even more hilarious was the woman’s leaning all the way back in her seat. She probably wished she could recline it even further. This could have gone a lot worse for them. Almost as if YouTube was trying to show me, the next video was of a lion unlocking a car door on a wildlife preserve. Fortunately, this cow didn’t possess the intelligence to do that. Or maybes he was just trying to lull us into a false sense of security. 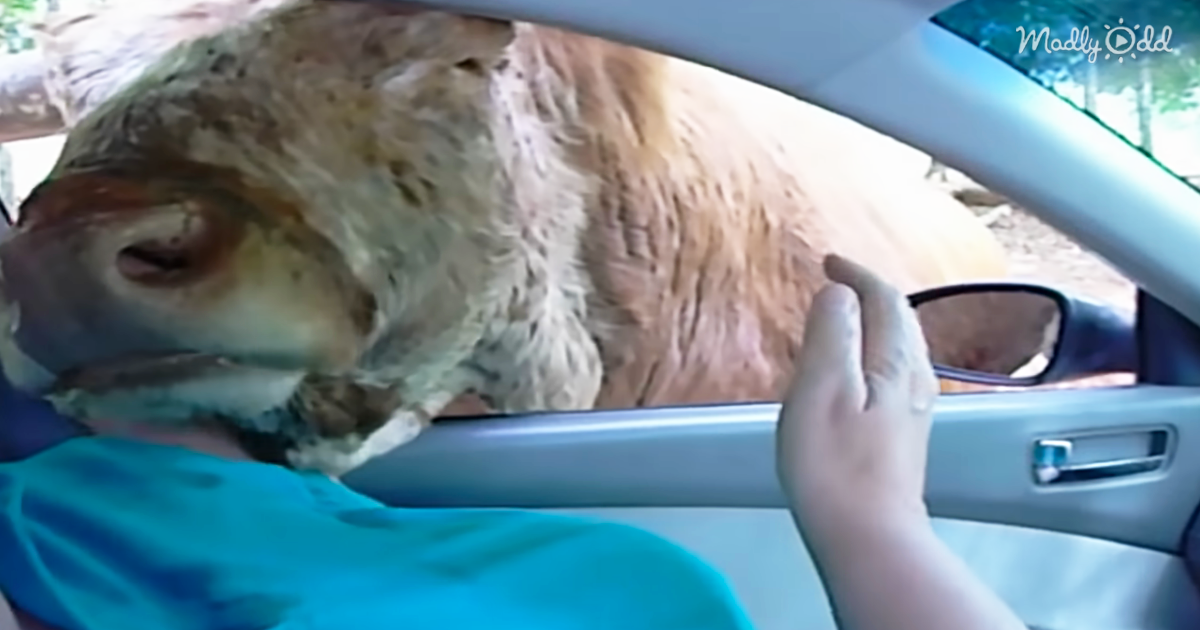 I was laughing and grimacing at the same time when watching this. “Ew! Watch the tongue!” Gross or not, this is definitely a funny video. Don’t miss out on a laugh and click the play button below.